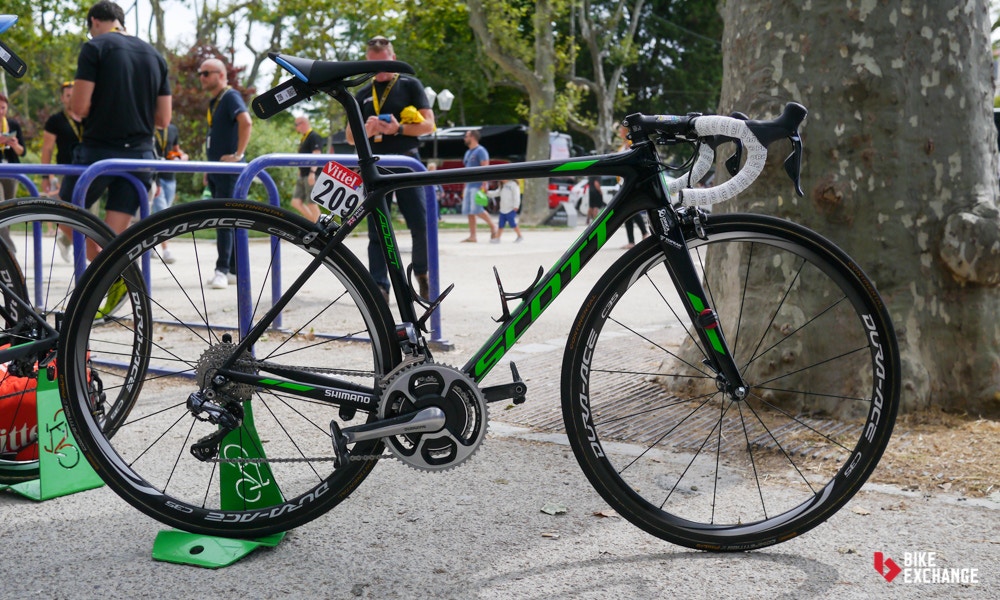 Who is Adam Yates? Adam and his twin brother Simon are prestigious talents, and at only 23 have had significant results on the world stage and look set to get better as they get older.

Adam spent three-four years honing his skills on the track before setting foot on the road. From there the path to professional cycling for the Yates twins went in different directions. Both Yates boys were part of the British Olympic development program for a couple of years and then hoped to become part of the British Cycling Academy. Simon was accepted into the program while Adam was left out and had to find his own way, moving to France and racing as an amateur in small teams.

Adam eventually found his way to ORICA-GreenEDGE back in 2014 along with his twin brother Simon, coincidentally at the same time as Estaban Chaves. Some big moves made by the team in 2014! The team are now known as ORICA-BikeExchange (OBE) and have expanded their goals to the top step on the general classification thanks to the likes of Esteban and the Yates boys.

Adam has blossomed during the 2016 Tour de France, currently sitting in second place overall and in the lead of the Young Riders Classification. Aside from the inflatable flamme rouge arch falling on him with 1km to go on stage 7, Adam has ridden the perfect race showing the other GC contenders he's one to watch.

The wearer of the white jersey in the Tour de France represents the rider with the lowest accumulated time, identical to the yellow jersey, except only riders 25 years old or under are eligible to win. The competition is officially known as 'The Best Young Rider classification', and has had some big name winners that have gone on to win the Tour de France overall - Alberto Contador, Andy Schleck, Nairo Quintana, Greg LeMond and Jan Ullrich. The classification provides an insight to great riders of the future and if Adam can hold onto it until the end of the Tour, it will put him amongst the WorldTour elite. The bike of choice for Adam is the Scott Addict. Being a specialist climber, Adam typically chooses the Scott Addict over the aero Foil thanks to its low weight and impressive stiffness. Adam's team issue Addict frame is a size 54cm and weighs under 800grams with a subtle black and green colour scheme.

ORICA-BikeExchange is sponsored by Shimano, as a result, Shimano and PRO (an arm of Shimano) products feature heavily. The groupset is full Shimano Dura-Ace Di2 with an SRM power meter (another team sponsor).

For the Ventoux stage, Yates' gearing was intriguing to say the least. His crankset was a 54/36T paired with an 11-32 cassette. To allow for such a super range gearing, Yates’ bike is fitted with a Shimano Ultegra long cage rear derailleur. With an equivalent part unavailable in Dura-Ace, such a modification has become popular in the pro peloton for ultimately hilly stages. The 54T allows Yates to generate speed on fast descents, which can be difficult given his small frame, while the 36T small chain ring enables him to have a high cadence for steep, long climbs. Yates will normally have a more traditional chainset for the other stages of the Tour, either a 54 or 53T large chain ring and a 39 or 38T small chain ring depending on the profile. For those stages, Yates will use a 11-28T cassette and a standard Shimano Dura-Ace Di2 rear derailleur. Adam runs relatively small 170mm cranks, but at 173cm tall and with a track background, that's not a surprise.

If you look closely at Yates' chain you see a significant amount of grease. That’s a cool tech tidbit for dealing with rainy stages, typically the mechanics will apply an oil, and then run the chain through their hands covered in grease which helps to seal in the oil. Very pro, but not one to try at home as it's a fuss to clean off. Adam opts for PRO alloy handle bar and stem combo, possibly to add a little weight to the bike given it would be close to the UCI limit of 6.8kg, which is also the case for fellow OBE climber Esteban Chaves who opts for alloy too. Satellite shifters are located next to the stem on the right hand side for use when climbing, and the cockpit is topped off with a SRM PC8 head unit to measure and record his stats. Yates’ bike features white handlebar tape to match his classification lead and subsequent jersey colour. Some of the smaller, but equally interesting features include a K-Edge chain catcher embossed with the team logo and name, super lightweight Elite Leggero bottle cages, and a Fizik Aliante saddle with carbon braided rails.