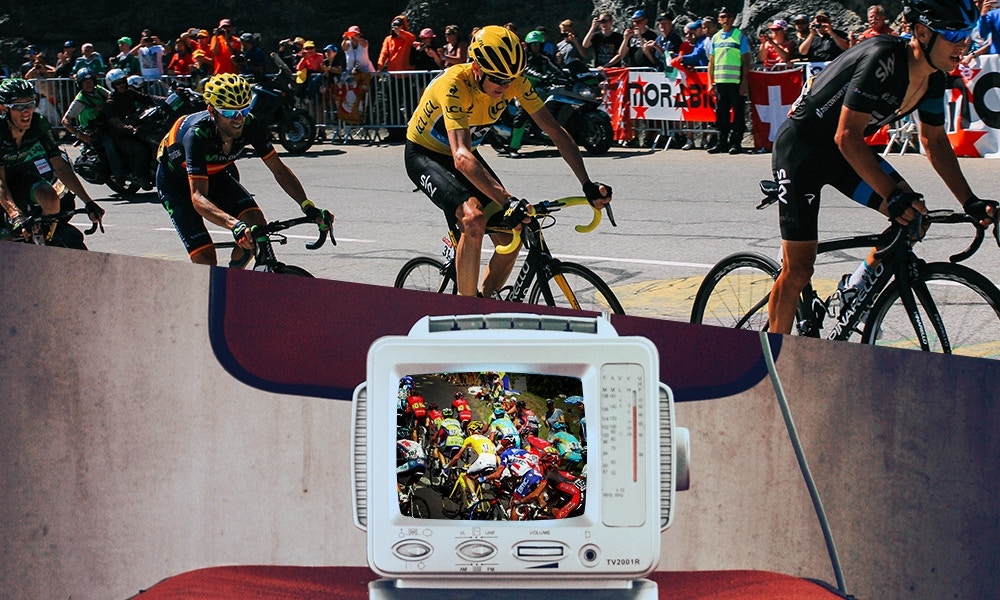 Whether you're at a football game, car race or other sporting event, there's nothing like being there. Immersing yourself in the atmosphere in the stadium, feeling the tension and elation in the crowd, and seeing all the action that the TV cameras aren't across.

The Tour de France is no different. Unlike other sports, there are no stadiums or tickets, no fees or admission prices, only the side of the road and a few thousand other fans. Road cycling events are truly unique as they enable you to get close enough to see the sweat dripping from the riders faces and feel their heavy breathing. You can watch the GC contenders do battle within arms length, riding up the same climb you completed not even an hour ago. Where else do you have the opportunity to kick a ball on the same ground as Lionel Messi or Cristiano Ronaldo before they come out to play? Or drive your car on the same circuit as Lewis Hamilton and Sebastian Vettel?

To give an insight into what it is like to be front and centre roadside at the Tour de France, we spoke with Aigars from boutique cycling tour operator HC Bike Tours, who provides supported and guided cycling tours to anywhere in Europe While you can't actually ride in the tour, you can ride the tour. One of the traditions of the Tour de France is for recreational riders to ride up key climbs early in the day and stake out the best location on the mountain to cheer on their heroes.

While you can see the key stats of any particular climb on your laptop or smartphone, it's nothing like riding it. Alp d Huez is 12.3km in length with an average gradient of 8.1%. Sitting back on your couches you might say, 'That's tough but not too bad'. You might have a different point of view after riding it. The Alp d Huez ascends 1,071m, literally finishing in 'thin air' with an altitude of 1,815m. At this altitude, your breathing becomes laboured, your body has to work harder to utilise oxygen, you become light-headed, and your power drops. All of a sudden, the manageable 8% gradient feels like 20% and you curse whoever made the road and its famous 21 switchbacks. There's no way you can experience that from your laptop or smartphone.

Riding the Tour gives you an appreciation and respect for the pro peloton that you can't get from the couch. Feeling what the riders feel is a truly unique experience and will make their efforts even more awe-inspiring. Watching the Tour de France live and following the race will give you an in-depth knowledge of the French landscape and how that impacts on the race. Take the Alps and the Pyrenees for example.

The Alps have many famous climbs: Col du Galibier, Alpe d Huez, Col du Glandon, Col d`Izoard, Col des Aravis, Semnoz - the list goes on. Climbs in the Alps start at a much higher altitude than the Pyrenees, commonly at 1,000m with epic ascensions like the Col du Galibier finishing at a dizzying 2,700m. The climbs are less dramatic in the Alps, less trees, less grass, not so steep, but very long. The Col du Galibier is almost 50km!

Riding in the Pyrenees will give you a different experience altogether. The Pyrenees has its fair share of famous climbs too: Col du Tourmalet, Col d’Aubisque, Col d`Aspin, Port de Bales, Col de Peyresourde.

The Pyrenees are much more spectacular. You feel like you're in nature.

The Pyrenees are completely green: fewer cliffs, rocks and traffic; more sheep, cows and farm land. The roads are narrow with very few cars and the climbs are far more dramatic with a lot of ramps, no barriers, and plenty of turns. Climbs in the Pyrenees start at approximately 500m with huge elevation gain like the Col du Tourmalet, which reaches over 2,000m.

Understanding the changing landscape of France will improve your knowledge of the Tour de France route and help you pick a winner. Cheer on the riders

Once you have finished your daily stage reconnaissance, it's time to kick back and watch the pro riders do their thing. As mentioned above, riding the key climbs will give you an understanding of what it is like to experience the mountains, but watching the pros ride up them at twice your speed gives you an idea of how impressive pro riders truly are.

The GC contenders and pure climbers seem to float up 10% gradients with a comfort that hides their suffering.

The gruppetto is where the action is. The gruppetto is made of up the non-climbers, the sprinters, and the team rouleurs who have sacrificed themselves to put their team leader into a good position entering the climb. They are not interested in stage glory, but very often suffer like they were. Riders in the gruppetto are only interested in making the time cut-off to see another day. They don't get any TV coverage, but there is just as much action back there.

Aigars describes the gruppetto as, 'open and fun'.

Sagan and Cancellara are the best. They often do wheelies or something to entertain the crowd. The Tour de France is an epic event for the riders, but just as extreme for anyone involved in the logistics of the event: over 3,500km of riding, 200+ riders, 1,000+ support vehicles, 20 stage transfers, and a few billion spectators on course and TV. It's a circus of riders, teams, cars, officials, sponsors, media and spectators that turn every day into a carnival!

Fans in camper vans will drive from one stage to the next every night, sometimes driving all night to take their position on the following days next crucial climb. Some die-hard fans will ensure they have the best seat in the house by staking out their position days before the stage. To guarantee a great location on key days, Aigars will set up his tent one week before the race comes through! Even then he will see other people setting up just like he is.

This is partially due to the police not allowing cars up the climbs close to the race. As a result, people get there early or ride their bikes up the mountain. For those who do decide to ride their bikes, they get a real sense of what it is like to be in the tour. Aigars tells us people are "loud. They cheer for everybody and just go crazy! Sometimes you will get a push or other times if you are struggling the fans will tell you all about it!

Three hours before the race, a convoy of cars roll up the climb: technical cars, organisers, caravans, team cars, and sponsors. The sponsors will hand out souvenirs every day, generally small items like snacks, hats and other gear, but if you are lucky you can get your hands on "T-shirts from pro teams, pro jerseys, caps, bottles with team signatures".

An hour before the race you can really feel the atmosphere heighten. There are helicopters above, police cars and motorbikes patrolling the road, "It all feels very special".

"You feel like something good is going to happen." Watching the Tour de France from the couch or from the roadside, which would you choose? 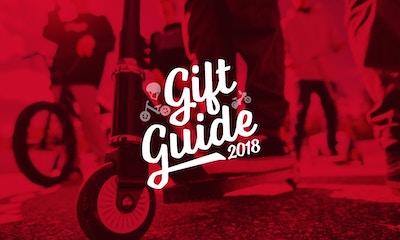 Our picks of the hottest cycling gear sure to bring a smile to your bike loving little one's face this festive season...