The gold-medal bikes of the 2016 Rio Olympics 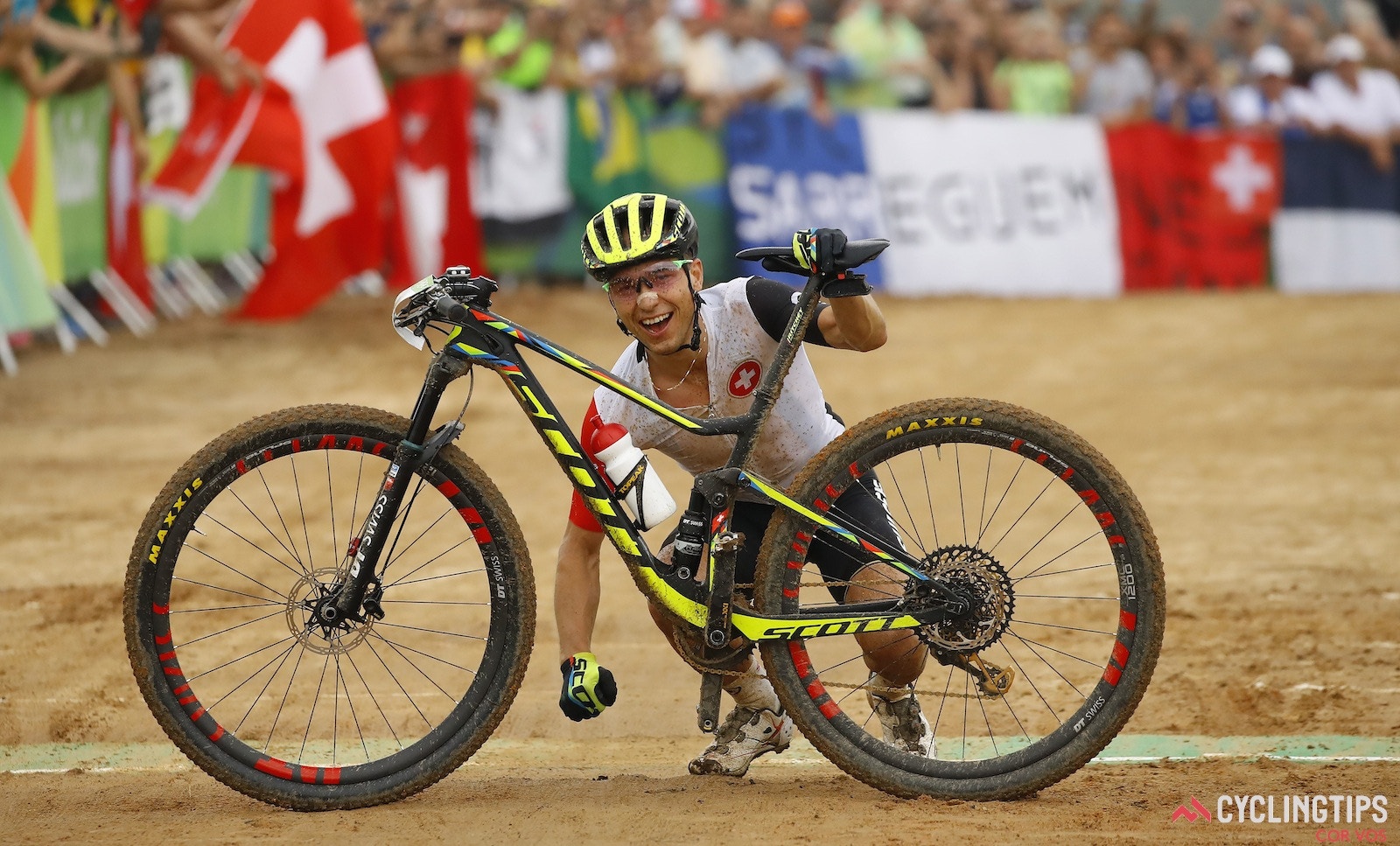 The Olympics is arguably the grandest competitive stage in the world that pits athlete against athlete. Yet while the men and women receive all the credit for victory (and deservedly so), many events combine athlete and machine — cycling included.

Now that this year’s Games are behind us, all the medals are counted, and the athletes are basking in the glow of Olympic glory, which bikes shared a bit of the credit? Here’s a quick rundown from Rio.

As is common for competitors in the road race, Van Avermaet (Belgium) stuck with the same bike he rides on for his BMC trade team — in this case, a BMC teammachine SLR01, complete with Shimano Dura-Ace Di2 groupset, shallow-profile Shimano Dura-Ace carbon tubular wheels to tackle the climbing-intensive course, a 3T cockpit, and fi’zi:k saddle. Dutch rider Anna van der Breggen won gold in Rio in a nail-biting three-up sprint finish aboard a carbon fiber Liv — but not one that exists in the company catalog. Whereas Liv’s current lineup includes the aero Envie range and the endurance-focused Avail, van der Breggen instead used the lighter and stiffer TCR Advanced SL model from Liv’s parent company, Giant, painted in official Liv colors.

Giant representatives offered no official explanation for the switch, although the brutally hilly course profile likely played a hand in the decision.

As with Van Avermaet, van der Breggen’s bike was built up with a Shimano Dura-Ace Di2 electronic groupset and 35mm-deep Dura-Ace carbon tubulars, but with PRO finishing kit. Fabian Cancellara (Switzerland) added a mighty feather to his illustrious cycling cap with a dominant performance in the men’s time trial. As compared to the ostentatious Trek Madone that his trade team provided for his final Tour de France, “Spartacus” rode a decidedly more subdued matte black Trek Speed Concept in Rio, fitted with a rear disc and Bontrager deep-section front wheel.

While Cancellara normally sticks with a mechanical Shimano Dura-Ace groupset on the road, his time trial bike was equipped with the electronic version. Kristen Armstrong (USA) pulled off a monumentally impressive three-peat in the women’s time trial, coming out of retirement to win her third consecutive Olympic gold medal.

Armstrong was perhaps well familiar with her position on the top step of the podium, but she also would have felt right at home aboard the Felt DA she used en route to victory — it was the updated version of the same model she used at the London Games, along with a similar Zipp cockpit and Zipp deep-section front wheel.

This time around, however, she used SRAM’s latest Red eTap wireless electronic transmission and a Lightweight rear disc wheel. Nino Schurter (Switzerland) has spent the bulk of his UCI World Cup career on a Scott Scale hardtail with 27.5in wheels. However, Schurter recently switched to a 29er leading up to this year’s Games, and then started in Rio aboard Scott’s recently redesigned Spark RC 900 to better handle the track’s high speed and technically challenging rock gardens. Given the result, it was apparently the right decision. Scott enjoyed quite the coup in Rio as sponsored rider Jenny Rissveds (Sweden) also took home gold in the women’s mountain bike race aboard a Spark RC full-suspension model — only this time, it was in the 27.5in version to better suit Rissveds’ 1.65m (5ft 5in) height.

Given that Rissveds and Schurter are also trade teammates on Scott-Odlo, it’s no surprise that her bike was also set up with a SRAM XX1 Eagle groupset, SRAM Level Ultimate brakes, and Ritchey finishing kit. In this case, though, Rissveds used Schurter’s old standby of DT Swiss carbon tubular wheels and Dugast tires.

Notably, Rissveds and Schurter are also the current UCI world champions, making 2016 quite the banner year for both. Whereas road cycling only gets two Olympic events and mountain biking just one, track cycling this year comprised 10 medal events — and that doesn’t count the multiple heats.

Italian Elia Viviani landed the gold medal in the men’s omnium aboard Pinarello’s MAAT and track-prepped Bolide models, while Laura Trott captured gold for Great Britain aboard a Cervélo T5GB: a bike that was purpose-built by Cervélo for the Olympic games, complete with bespoke cockpits built for each rider. (*Barker and Hindes used their old bikes from the 2012 London Olympic Games).