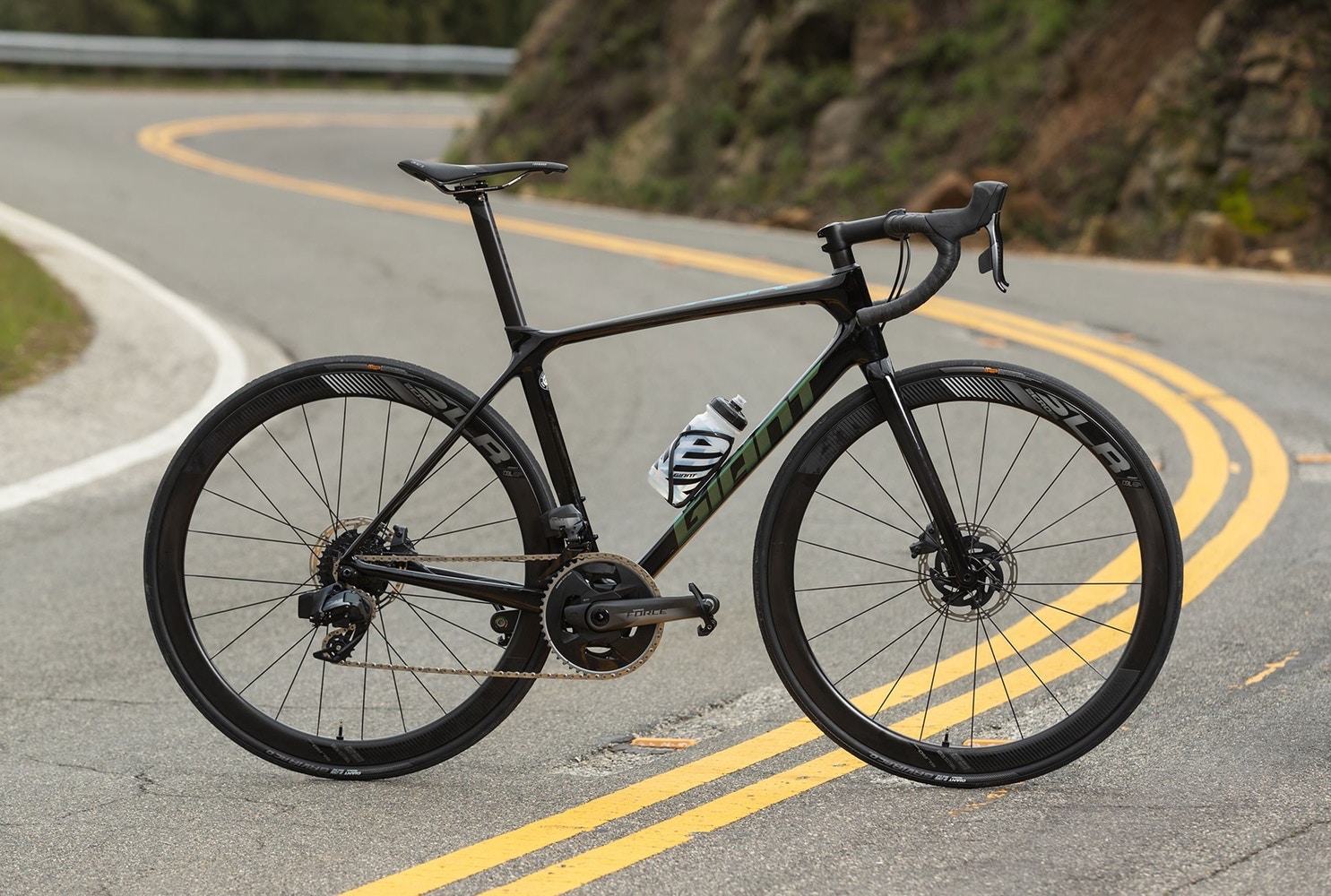 Just a little over a month after unveiling its all-new Red eTap AXS and Eagle eTap AXS groupsets to the world, American component specialists SRAM have wasted little time in trickling down its technology to the second-tier. Said to provide all the benefits of Red eTap, albeit with a slight weight gain across the board, join us as we take a look at ten things to know about the all-new SRAM Force eTap AXS groupset for the road. 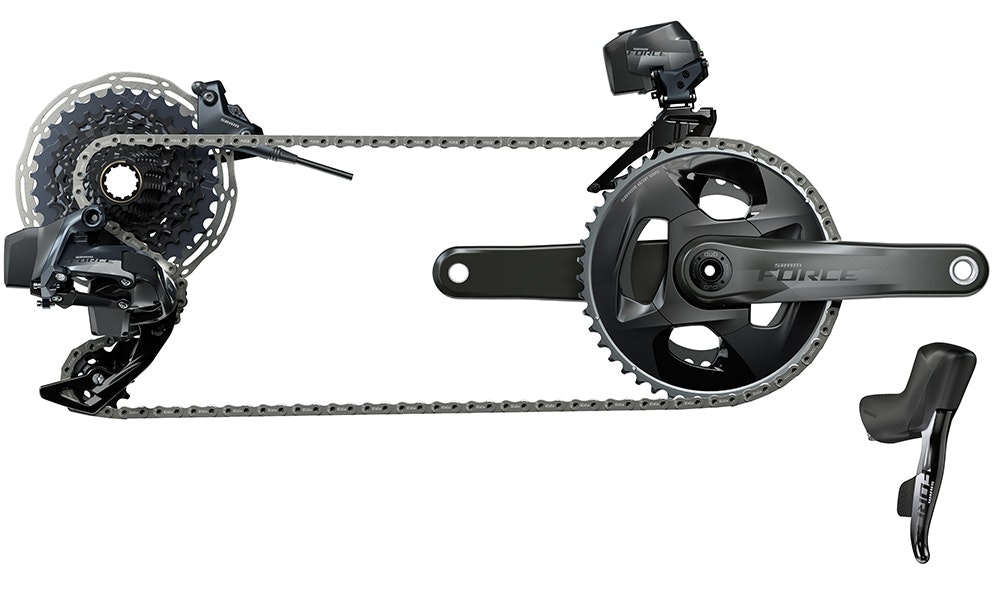 Ever since it was first unveiled way back in 2015, pundits have been awaiting a Force eTap groupset from SRAM to compete with the likes of Shimano and Campagnolo. Both rival companies who have both offered a second tier electronic groupset for some time now. However, rather than merely give existing Force an eTap upgrade, SRAM has primarily made its second-tier groupset for the road a (much) more affordable version of the range-topping Red. Coming in at around half the price of a full Red eTap AXS groupset, we foresee Force AXS sitting as SRAM’s workhorse wireless groupset for the people.

Force eTap runs off SRAM’s all-new AXS wireless protocol. This means that components from both Red eTap and Eagle eTap AXS can be mixed and matched to create the Frankenstein build of your dreams. This will prove particularly beneficial for gravel, and cyclocross riders who now can pair their drop bar shifters with an Eagle rear derailleur and cassette for a super wide range, hell, you could even add the all-new Reverb AXS wireless dropper post to boot!

As is the case with SRAM Red, Force has been given the 12-speed treatment, as such, the new groupset scores a host of upgrades over its predecessor. This includes both shifters, front and rear derailleurs, cassettes, a new chain and a new rear hub standard to boot — more on these below. Reviewers and riders across the industry have lauded the move to 12-speed shifting as a result of the increased range and linear gear progression on offer with the addition of another cog.

5. A Range of Cassette Options 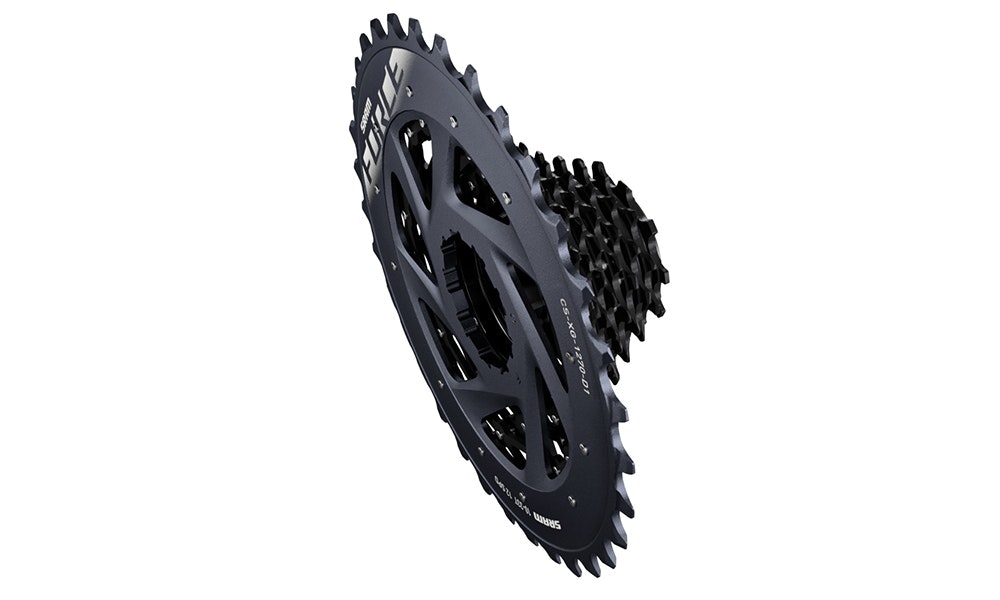 As was the case with Red, with an additional cog offered at the rear, SRAM is offering a range of new cassettes in Force trim. The cassettes are slightly heavier than their range-topping counterparts as a result of the components being manufactured from steel rather than being one piece aluminium. Three different cassette configurations will be available from launch; 10-26T, 10-28T, and 10-33T. While the cassettes provided should provide a sound gear range for most riders, it's surprising to see SRAM hasn’t offered up anything to fill the void between the 10-33T road and 10-50T standard Eagle cassette to better cater to the gravel and cyclocross crowd. 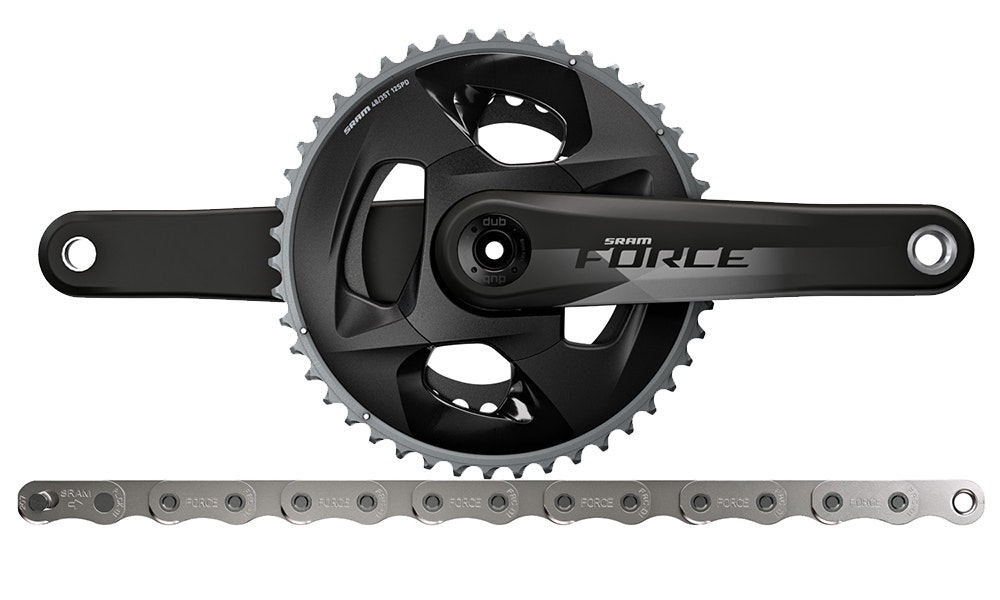 Arguably the most significant difference between SRAM Red and Force lies in the crankset construction. What will likely have budget orientated riders cheering, the SRAM Force crankset features replaceable chainrings as opposed to the one-piece chainring and spider design unveiled on SRAM Red. It’s worth noting that the two-piece construction does carry a 144gram weight penalty (719g Force vs 575g Red) over the one-piece design, however, the reduced cost of replacement (in the event of drivetrain wear (which is inevitable) should have most riders happy to sacrifice a few grams for the sake of a significant chunk of spare change in their wallet.

It’s not trickle down everything for Force, with the new groupset retaining many features from its range-topping sibling. Shared tech includes the orbit fluid clutch mechanism at the rear derailleur for increased chain security offroad and the requirement for a 12-speed friendly XDR freehub at the rear wheel. Up top, improved shifter ergonomics including the revised rubber grips at the hoods feature, while easy power meter upgrades are still just a chainring update away. Also retained are the upgraded shift times (compared to the outgoing SRAM Red eTap and the recently unveiled DUB 28.99mm bottom bracket standard. 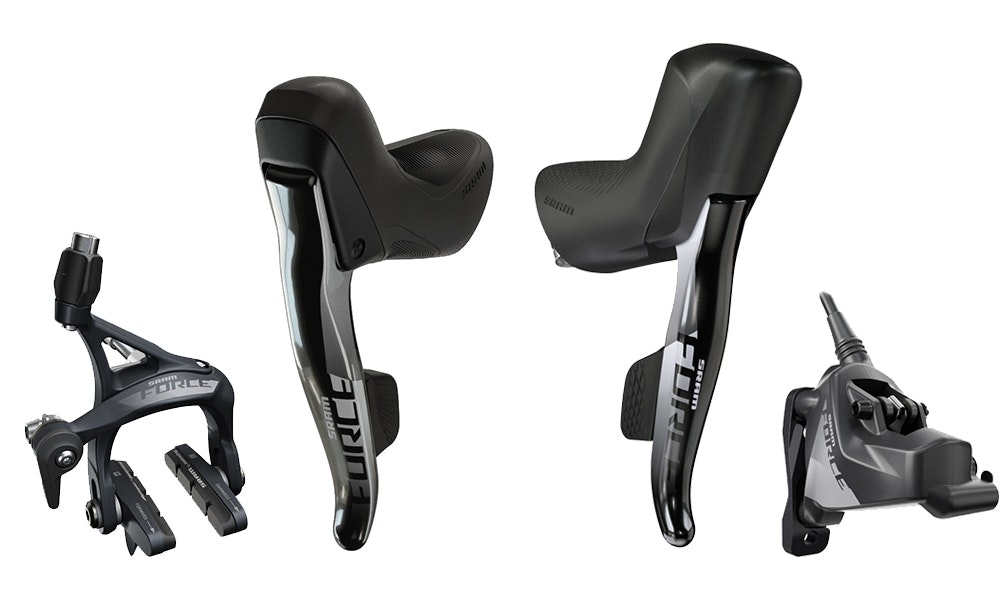 Not on board with the disc-brake revolution? Groupset purists rejoice, SRAM Force will be available in both rim and hydraulic disc brake configuration. What's more, both brake systems have seen an upgrade too. Rim brakes score an updated aesthetic, refined dual pivot movement, tyre clearance up to 28c and SwissStop pads as standard, while Force family disc brakes will be available with both 140mm and 160mm rotors.

Another critical point worth discussion is the fact that SRAM has more or less gone all-in on wireless with its top-end road groupsets with no mechanical options slated for release. While the company is still offering the current line-up of mechanical 11-speed groupsets, we’re not holding our breath for a mechanical 12-speed offering anytime soon.

We’re also expecting Force eTap to be included on a number of 2020 model year bikes from some of the industry’s leading manufacturers, so watch this space for details on OEM builds in the future.

Looking for more information? Our Ultimate Guide to Road Bike Groupsets houses all you need to know