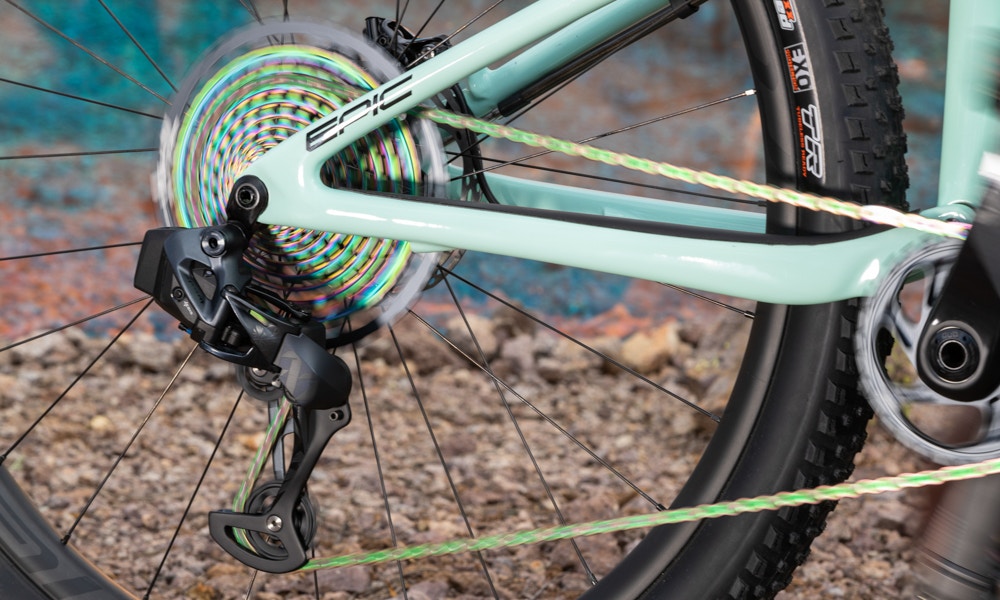 Almost a full year after a prototype was spotted on Nino Schurter’s (XC Mountain Bike World Champion) 2018 race bike, SRAM is finally bringing the option of wireless shifting to its XX1 and X01 12-speed Eagle groupsets.

Unveiled in conjunction with an all-new wireless dropper seatpost and some bling new components, read on for ten things to know about the all-new SRAM XX1 Eagle AXS and X01 Eagle AXS wireless mountain bike drivetrains. 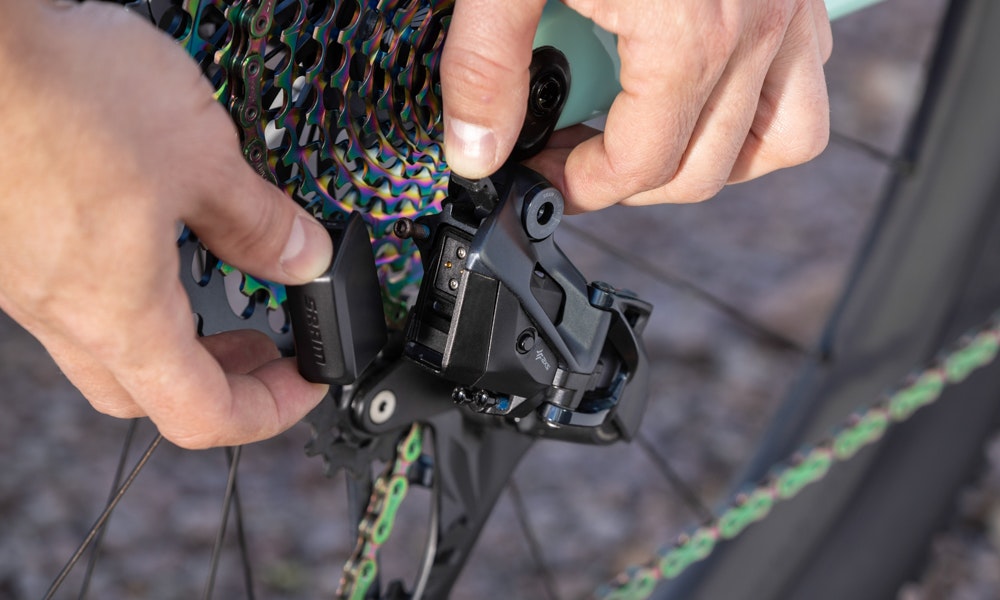 Given the popularity of its wireless groupsets for the road, it was only a matter of time before SRAM converted it’s flagship mountain bike groupsets over to the world of wireless.

Best thought of as an upgrade to existing 12-speed Eagle groupsets, we expect existing Eagle users to make the switch over to the new technology far quicker than it’s road-going eTap sibling. This is simply due to the fact that Eagle groupsets have been in existence since 2016 and have trickled down to impressively affordable price points in the subsequent years.

As SRAM’s own wireless eco-system, AXS features in SRAM’s new 12-speed eTap groupset and the RockShox Reverb dropper seatpost detailed below. This means users will be able to mix-and-match somewhat between mountain and road components. 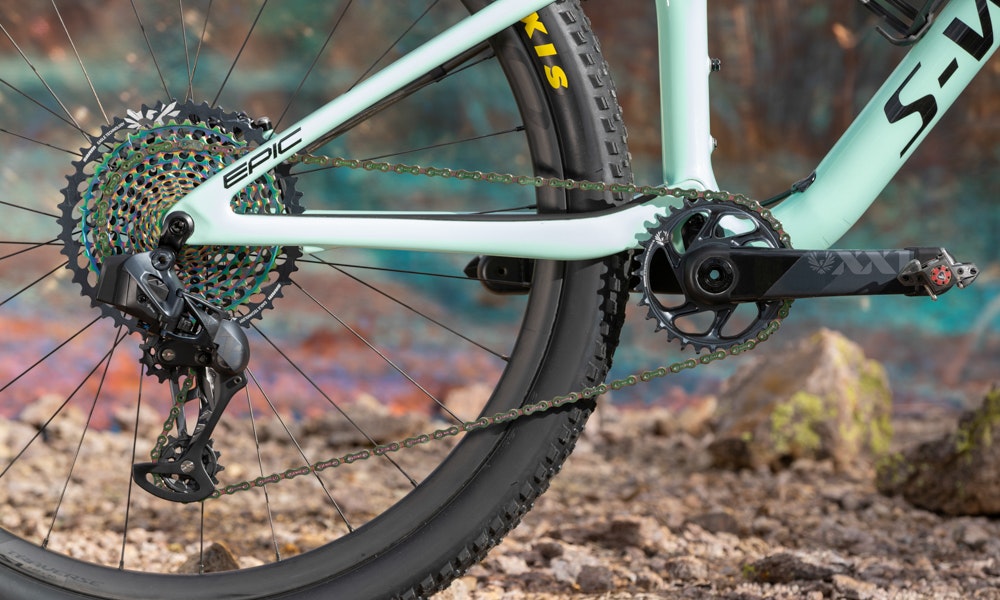 All-told, the wireless groupset is said to save 5g compared to the mechanical groupset. 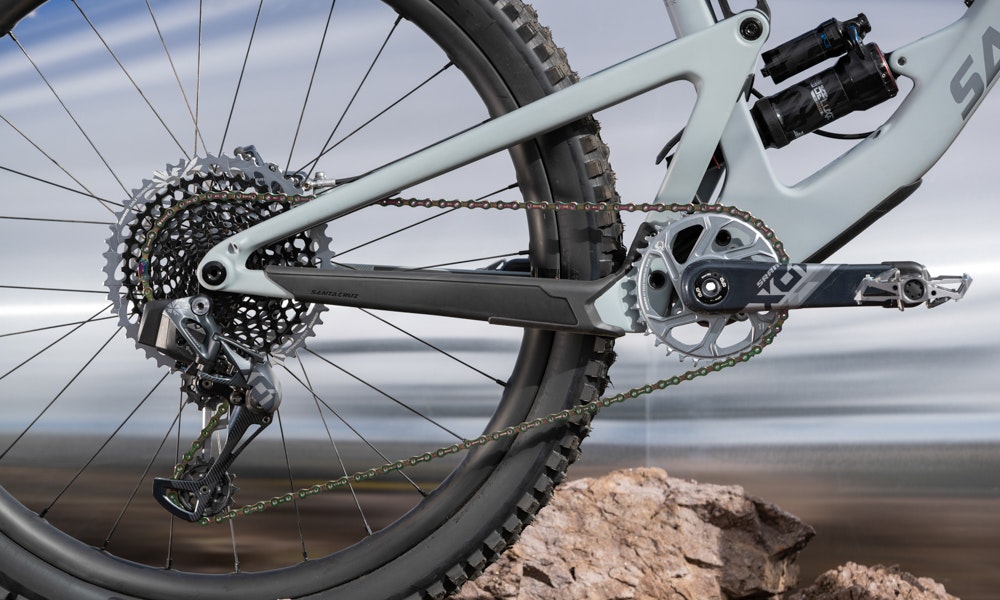 X01 Eagle AXS is said to tip the scales at a meagre 15 grams lighter than its mechanical counterpart.

AXS Eagle shifters appear on the surface to be much the same as the mechanical trigger shifters used on the standard Eagle groupsets of old, however, a closer look reveals there’s much more going on than meets the eye. Completely gutted of its mechanical internals, the new shifters offer a dual-button layout for shifting in both directions of the cassette. A first for SRAM, the new shifters also offer a sprint function, allowing riders to shift to a harder gear with the forefinger. 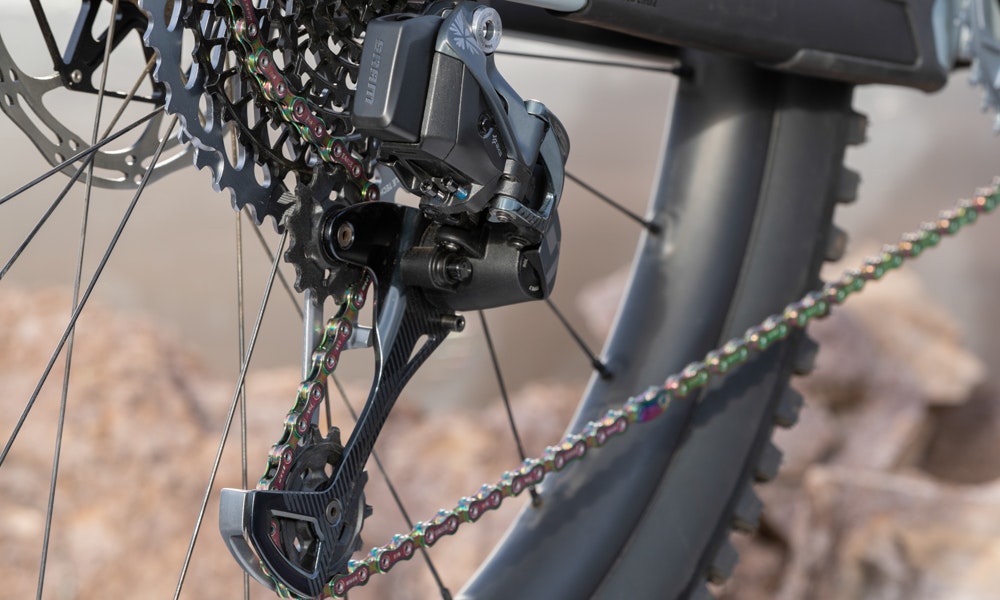 The battery on the Eagle XX1 and X01 AXS rear derailleurs is said to last for around 20 hours of ride time.

A new AXS smartphone app allows for easy firmware updates and gearing function control through a Bluetooth connection. All wireless components in the AXS ecosystem run on Bluetooth protocols so connecting to each component is said to be a breeze.

In addition to firmware updates, the AXS app can be used to assign different shift functions to the buttons, including mapping a touchpoint to operate the Reverb AXS dropper seatpost. 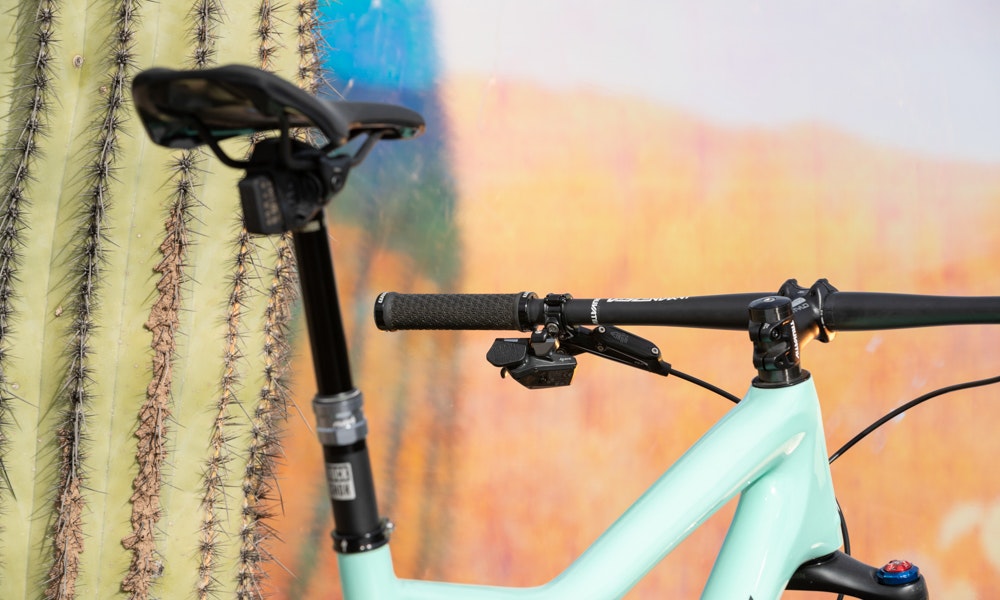 Announced in conjunction with the Eagle AXS release, RockShox has added a wireless dropper seatpost to its product line up. The Reverb AXS makes use of the same batteries as the rest of the AXS family of components. Battery life is said to range from 40-60 hours of riding, while the wireless dropper remote is said to last up to two years on a single CR2032 battery.

Running off the same AXS wireless protocol as the freshly unveiled groupsets, the dropper seatpost can be used in conjunction with both Eagle AXS and eTap AXS...versatile wide range drop-bar gravel shredding hybrid build anyone?

With no room needed for hydraulic hoses or mechanical cables, RockShox have used the additional space on offer to include an all-new Vent Valve, claimed to allow riders to remedy any unwanted sag in the post.

Additionally, RockShox have refined the internals of its new wireless dropper. The internal floating piston (IFS) is said to be lower in friction, making adjusting the height easier than ever.

The post itself carries an IPX7 waterproof rating, meaning it’s good for operation despite being submerged in water for up to 30 minutes. A word to the wise though, this simplicity and fancy new tech does come at a cost, how much? Well if you have to ask...

At present, SRAM is only offering Eagle AXS XX1 and X01 as a complete ensemble, however, we expect standalone upgrade kits to be introduced in due time. Pricing is as follows;

For more information on how these parts work and the competition, check out our ultimate guide to mountain bike groupsets.