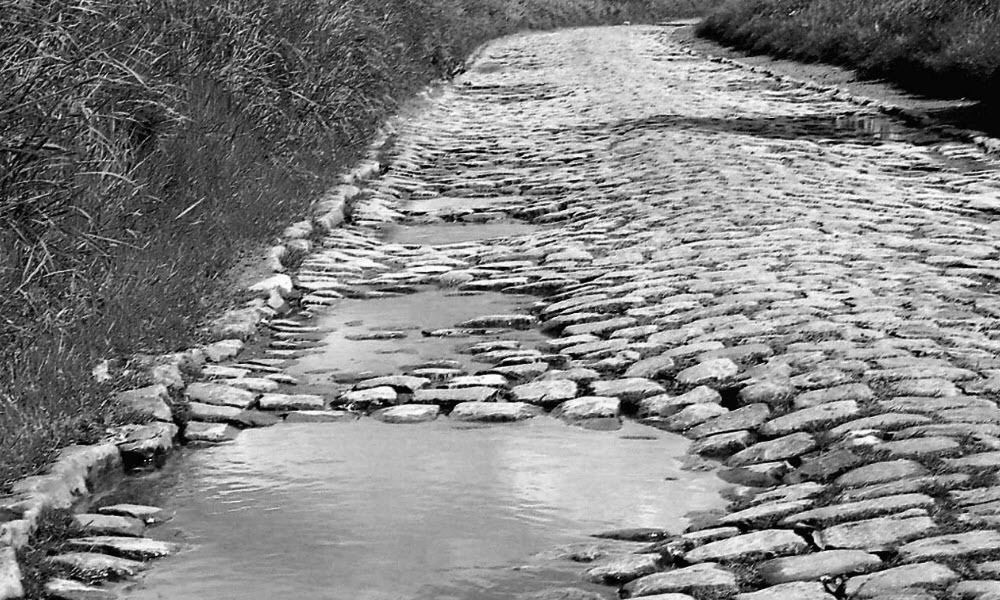 Most people’s first introduction to bicycle racing is normally the Tour de France. Not only is it the biggest race of the year, until recently in Australia it was one of the only races televised. Fans tuned in and relaxed to the dulcet tones of Phil Liggett and Paul Sherwin as they discussed the race, the general classification and (in most cases) the members of the day’s break away… Only there would be mentions of ‘coming off a great Classics campaign’ or ‘still on a high after his win at Flanders’ and uninitiated fans would wonder 'there are other races?'.

Only the best races of the year!

That may be a slight exaggeration and I may – after living, breathing and racing bicycles in Belgium last year – be a little biased. However there is no doubt that for many cycling fans the months of March and April are the pinnacle of racing each season. The Spring Classics are a string of one day ‘Classic’ races that are either raced over cobbles, absurdly long distances or a combination of both. Smaller races like E3 Harelbeke, Dwars Doors Vlaanderen and (last weekends) Gent-Wevelgem are appetisers. You get a taste of some of the cobbled climbs and riders get a chance for a final hit out before the big races arrive. The Ronde van Vlaaderen (nee Tour of Flanders) and Paris-Roubaix are raced over the Belgium and French cobbles. Amstel Gold, La fleche Wallonne and Liege-Bastogne-Liege cover the unrelenting hills of Holland and Belgium. The latter three are collectively known as the ‘Ardennes Classics’ and if they risked being less appealing, just keep in mind you win your weight in Amstel Gold beer if you’re first across the line. Sure that’s not much if you’re a feather weight, but show me a prize in professional sport that tops that (sorry Federer, winning a cow doesn’t beat it).

Now that I’ve sold you on how much you owe it to yourself to tune in to these races, the question remains; who are the contenders?

The pros say “it’s impossible to hide form”. For a rider to be strong enough to win one of the big Classics, their legs are going to be strong enough to see them at the pointy end of the lead up races in the weeks prior. So while a dark horse could get up (think Stuart O’Grady winning 2007 Paris-Roubaix) it is still rare to see it happen. And while my list isn’t exhaustive, I’ve got some picks of who to watch in the weeks to come.

Crashes have played a huge part in this year’s Spring Classics – and that is before a pedal is turned in the two biggest of the year. You would have to go back over a decade to have a year where either Tom Boonen or Fabian Cancellara (with six Flanders and seven Robaix wins between them) were not a threat. Both are out – opening the door enormously for the next a rider of the younger generation to step forward. My riders to watch in the cobbled Classics are:

• Geraint Thomas: winner of E3 Harelbeke and Volta ao Algarve. 3rd in Gent-Wevelgem. 5th overall at Paris-Nice. This doesn’t scream “form!” as much as smash you in the face with it. Even Geraint’s fondness for a bike crash hasn’t been enough to keep him down. Of the two races, Flanders is possibly a bit more suited. But with his form, winning either (or both) are real possibilities.

• Greg van Avermaet: managed a spectacular crash in E3 Harelbeke. Blemish aside, he is undeniably, finally, in form so good that he can command team leadership out of BMC. Having raced in the shadows of Philipe Gilbert at both Lotto and now BMC, the Belgium rider’s stage win at Tirreno Adriatico and late attack in Milan San-Remo showed that (aside from Daniel Oss) he is the only man in the team with form in this Spring campaign.

• Etixx-Quickstep’s ‘Three Amigos’: Zdenek Stybar, Nikki Terpstra and Stijn Vandenbergh. Aside from a sensational Scrabble word score, these three represent both the frightening Classics depth Etixx have but also how much the team has managed to snatch defeat from the jaws of victory so many times this year already. Sure they won Strade Bianchi, Terpstra won the Tour of Qatar and they lost their team leader Tom Boonen at Paris-Nice but they have been in a position to win nearly every other one day this season and managed to blow it. If they can all get on the same page tactically (which Vandenbergh could help by actually wearing his race radio earpiece) then there’s no reason one of these three could be on the top step of either podium.

• Peter Sagan: signed with Bjarne Riis’ team this season so the tactical genius that is Riis could polish the rider and turn him in to a Classics legend. If it wasn’t for the billionaire owner of the team, Oleg Tinkov, who’s fired Riis last week. Sagan has been at the front at the right time; only for the same errors as previous years to again cost him. The decision to fire Riis was based on a lack of results. How Tinkov expects that to happen now the man who was meant to improve Sagan is gone is anyone’s guess. But still too strong to discount entirely.

• Sep Vanmarke: done a lot of huffing and puffing for no result so far this Spring. String of top 10 results, a love for the cobbles and a team all riding for him however make Vanmarke a very light coloured dark horse.

• Ian Stannard: blew three Extixx riders away to win Omloop Het Nieuwsblad from a breakaway of four. That was over a month ago and since then the Sky rider has had a few ‘DNF’s next to his name. No doubt the Sky plans are based around Thomas. However in Stannard they have a somewhat solid ‘Plan B’ – a fact that Sky should at least receive some praise for, given how they’ve been found out in years gone by for lumping all their eggs in one basket.

• Alexander Kristoff: I’m sure he still causes BMC managers some sleepless nights given they let him go after a couple of fruitless (and unsupported) years with the team. I cannot see him surviving with the front bunches in either races, however…he is in frightening form. Two wins from two in Driedaagse de Panne, 2nd at Milan San-Remo and plenty of other wins. The Norwegian is flying.

• Heinrich Haussler: he loves Flanders. To the extent that it’s the one race he’d want to win. High praise coming from a Tour de France stage winner/current Australian national road race champion. His form isn’t bad and he’s healthy. He also knows the course well enough now to know when to move and where the critical pinches occur. For all the better form some of those further up the list have, ‘Heino’ has both the tactics and a very solid road captain in Sylvain Chavanel.

• Brad Wiggins: not really. I’ve only included him because my man-crush on Wiggo wouldn’t let me go without mentioning him. I’d love to see Sir Bradley win Roubaix but, well, yeah I cannot see it happening.

Of course the appeal of Classics is that anything can happen. Kristoff could defy the cobbled bergs, Wiggins could make the front bunch and hit out to win solo (we wish!) and Etixx could even work out how to ride as a team. And that’s before we even see what weather is presented. Gent-Wevelgem last week saw riders blown clean off the road. The winner finished on his third bike for the day. Classics revel in their unpredictability and ruthlessness – and that’s why we love them.

SBS will be broadcasting both the Ronde van Vlaanderen and Paris-Roubaix live. Tune in and enjoy the show. Also stay tuned next week for our follow up, where I’ll go through all the contenders for the Ardennes Classics.

Get more great reads on our Everything Bike Blog