The Making of Smashfest Queen 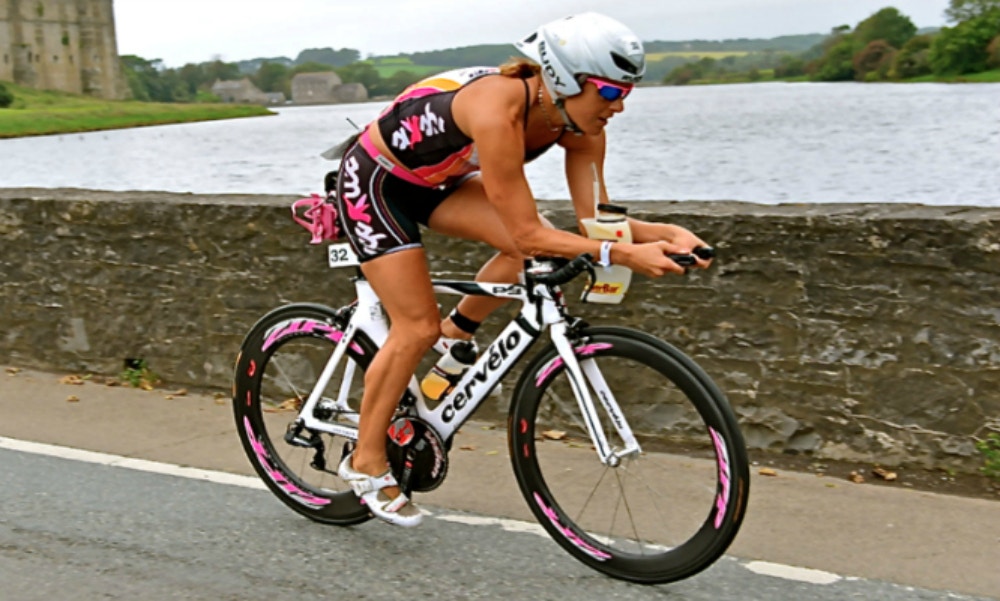 The humble little Hummingbird is one mighty high achiever.

Small and beautifully colorful, the bird flaps its wings at an astounding 80 times per second (the noise this creates led to its name). With all that flapping around, this little bird has to eat a diabolical volume of food every day – make no mistake, for a small unit this tiny thing is an eating machine. It’s also super territorial and has been known to chase much larger birds, like hawks, away from its hood.

Knowing this I think wow – how perfect a choice of bird to represent Smashfest Queen.

But I’m moving like the Hummingbird – a little too fast. Let me rewind and explain how smashfests, queens and hard-working winged wonders all collide so perfectly.

It goes back to Hillary Biscay’s childhood, when she started competitively swimming at the age of eight. She landed a university scholarship but soon realized that beyond school, there maybe wasn't that much of a future for her in the pool. She’d tried out for Olympic selection in 2000 and didn't make the team. That wasn't the end of the world but one thing was clear to Hillary – she needed sports to get her out of bed and taking on her daily life. If it wasn't to be swimming, what was it?

The answer was obvious – triathlon.

I mean, she might not be Olympic standard, but she was clearly a sensation in the water. It wouldn't take much to introduce just two other disciplines into the mix… Back when she was training in the swim squad her coach would occasionally dish out runs as a means of punishment, so she’d managed to get a few miles in her legs. That she wasn't sure if she could actually stay upright on a bike was of minor concern…

She made her decision towards the end of summer, at a time when triathlon hadn't yet evolved into a 12-month sport. She had enough time to squeeze in a quick sprint race before the season went dormant over fall/winter. But she’d already decided – she was going to race an Ironman the following year. She thought she’d fill in the down time with some running – a marathon.

Feeling encouraged she decided to keep running into the following month, and raced a 50-mile event in January.

(I am already seeing a bit of a parallel between Hillary and the hummingbird, which isn't afraid to take on challenges twice its size).

Once Hillary could walk after her first Ironman (check) she was determined to go straight back in for more.

The next several years she raced mainly endurance triathlons, becoming faster and stronger with each one. Whilst this was happening Hillary was also equally ensconced in her other passion – a PhD in English Literature (African American Women Authors) and teaching Undergraduates. It was her passion project and a career she really enjoyed – but it was preventing her from really putting in the effort and making triathlon waves; results that would yield more reasonable financial returns. Luckily for Hillary her University granted a two-year leave of absence, just in time for her to turn pro at Ironman Florida, all the while flying solo without a coach to guide her.

But a fortuitous break came Hillary’s way – Brett Sutton agreed to welcome her to his training camp in Switzerland. So she packed life as she knew it into storage and jumped on a flight to Europe, followed soon thereafter with a flight to Brazil for training and racing. That was 2005, when she was placing anywhere from 7th to 10th in her races. One year later and she’d placed in the top five of all six Ironman's she raced that year.

This is where we hit the first anomaly in comparisons. Unlike the hummingbird, Hillary doesn't class herself as a particularly fast athlete (something most of us would probably beg to differ). Instead, she sees her talent in consistent performance – being able to step up the volume and deliver time and time again. It’s something of which she’s most proud when she now looks back over her race career. At a time when Ironman was still en route to its megastar status and when a handful of races annually was considered an incredible feat in human endurance, Hillary was chartering new racing territory and placing at the business end of six – seven races annually. That and her win at Ironman Wisconsin would have to be the stand-out achievements until Hillary hung up her full-time race kit and turned coach instead. But it’s not even the coaching that at last brings us to that little Hummingbird.

No – it’s another triathlete superstar, Michele Landry. Despite living on opposite sides of the world, the two women would often cross paths at races. They got on really well and always had plenty to catch up on. A regular agenda item was apparel – what they were training in, what they were racing in, what was working, how they wish it would be improved. It was a Groundhog Day conversation they’d have every time they ran into each other. Then one day Hillary was waiting to board a flight in Atlanta, and was on the phone to Michele. The conversation was hovering over that old familiar chestnut and finally, they cracked.

‘Should we just go ahead and do this?’ they asked one another.

The result? Hillary boarded her flight to Brazil, raced and then immediately sold her bike and wheels to generate the first part of capital they needed. Michele put her creative talent to good use and began the first designs.

The primary motivator was design. Both women for years had felt that kits were short-changing women; they were male kits shrunk down to female size. No regard for the female form, look, comfort, style, or personality. The hummingbird (at last – I get to the point!) was left over from Michele’s previous design business, and became a logo that ‘just worked’. And the name? It’s a ripper – you have to agree. For years it has been part of Hillary’s vernacular – ‘I am totally smashed after that session’, ‘we smashed that race’, ‘it was a smashfest out there today’. Perfect, perfect, perfect. Hillary raced Ironman Wisconsin 2012 in the first Smashfest Queen prototype, and orders started to roll in after the Hawaii Ironman Championships in Kona. From that day on it’s been one long and positive smashfest for the duo. In fact, their kits have been so popular that guys have been known to buy the largest sizes available and race in them as well. At last – the tables are turning!

You don’t need to take my word for it – check out the range of Smashfest Queen here . Colorful, bold, fierce, and not a hibiscus or love heart or lip kiss in sight. I am such a fan that I have to finish on a disclaimer – Smashfest Queen is in my wardrobe and every time I get it out for a ride, I am complimented and asked where on earth I managed to find such cool kit for chicks.

Yes – thanks to brands like Smashfest Queen we female athletes are able to look, feel and move like female athletes, versus feeling like we’re disguised as guys. Something tells me we’re just hearing the start of this hummingbird…