Find a store Blog
‹ back
Home
Blog
Features
She Rides, She Sees, She Conquers

She Rides, She Sees, She Conquers 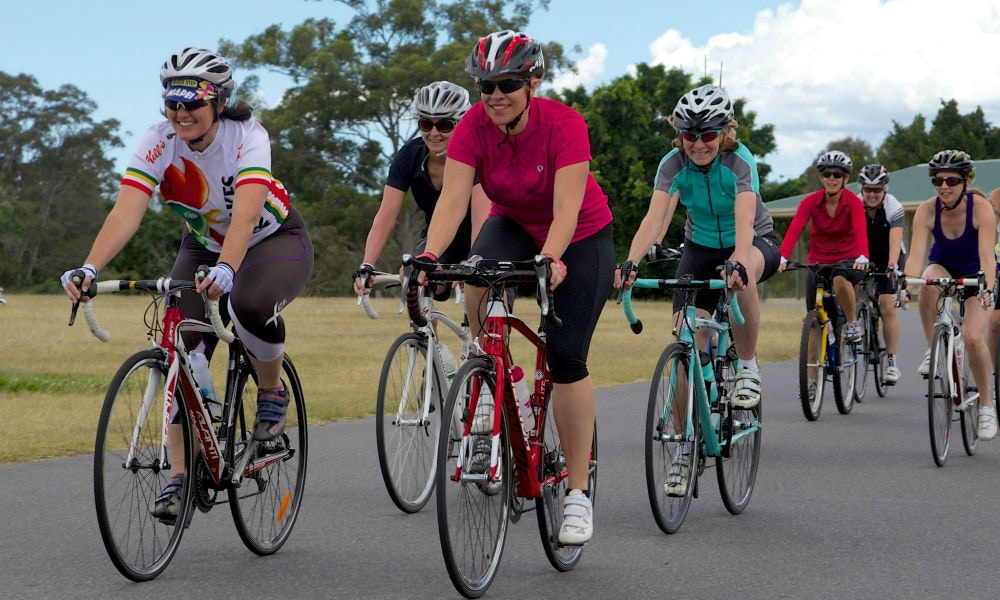 In order to measure real change, you need real data. Cycling Australia addressed this fact before developing the She Rides program.

“We could see that the numbers of female riders was significantly lower than males. But we didn’t have the data to show it. The aim of the program was simply to help more women to ride more regularly and more confidently.”

Alex Bright has been the coordinator for the She Rides program since its inception in 2014: a program that was born from a need to find out how many women ride, where and who they like to ride with, and if they don’t ride, why not?

Between October and November 2013, Alex and Cycling Australia conducted a survey of 2,400 women, 18 years or older. The survey targeted two key groups of women: those who were affiliated with CA (Female Member Survey) and those everyday recreational riders out in the community around Australia (Women on Bikes Survey). The 2014 She Rides program was designed based on the survey’s findings. It is all well and good to develop a program that enables more women to ride, but in order to achieve the best results possible Cycling Australia used real women’s responses to key questions about their experience with cycling. The result – a series of courses that cater to all levels of skill and confidence on the bike.

A major result from the survey was the discovery that women wanted to connect with and ride with other women, yet one in two said they didn’t know anyone with whom they could ride. Problem solved. Whether you are a beginner, an intermediate or an experienced rider, She Rides provides you with not only a coach, but a team as well.

The program itself runs for eight weeks. It is divided into three unique program types that focus on varying levels of experience and confidence on the bike for both road riding and MTB.

Participants share the experience with others who are in exactly the same boat, and naturally, She Rides had some outstanding results in 2014.

And the positive results don’t just relate to the bike itself. While it is interesting to look at this as a success story in terms of statistics and the sheer numbers of women getting out on the bike and improving their skills, Alex said that one of the most amazing results was the huge effect it has had on women’s lives, on and off the bike.

“We’ve heard stories of women who have conquered depression and mental illness; who have experienced significant weight loss; who have found support through divorce and familial hardship and who have discovered a new way to spend time with their kids and connect with their communities,” explains Alex.

BikeExchange caught up with Jules Verheyen, Illawarra local and She Rides coach. Not only has Jules supported women in her area on and off the bike through the CA initiative, she was so inspired by what she learnt and achieved that she has since built her own business – Chic’s Cycle Coach – providing coaching to female riders in and around Illawarra, NSW in-between programs.

“I focus a lot on riding in a group: braking, gearing, bike control and technique. Hand placement is important, cornering and of course etiquette, how to call out hazards and move as a bunch,” details Jules.

Spring registration opens on the 29th of June in Wollongong. They will be running two She Rides programs, a Confidence program (Wed 10.30am) for beginners and a Together program (Sat 9am) focusing on more advanced riding techniques and bunch riding. “With Chic’s Cycle Coach, I want to help the chics I know move past the fear of going to a club where it’s all blokes.”

It is important to note this is a key area of concern for some women. Cycling clubs can indeed be intimidating places for women just because of the ratio of male to female members. We asked Alex if this had any effect on their selection process of potential coaches for the program. According to Alex, it was less about who was running the course, and more about the environment in which it was taught. There are a huge number of male coaches getting involved and really working hard to adjust the balance within clubs themselves.

Alex and Cycling Australia have big plans for She Rides in the future. After their success in 2014, they are hoping to engage 500 women this spring. They are preparing 75 programs rolling in 45 locations in every state around Australia — and they hope to take it even further.

She Rides enables women to build confidence in a comfortable social environment. Many participants have gone on to become leaders (like Jules), to compete in cycling events or to simply spend more time on two wheels. She Rides has produced tangible results – numbers that we can graph and analyse – but more than that, it has provided women with immeasurable experiences that, without their coach, their team and their bike they might never have had.

A big thank you to Alex, Jules and Ben Walding for the fantastic images!

Get more inspiration and everything bike right here