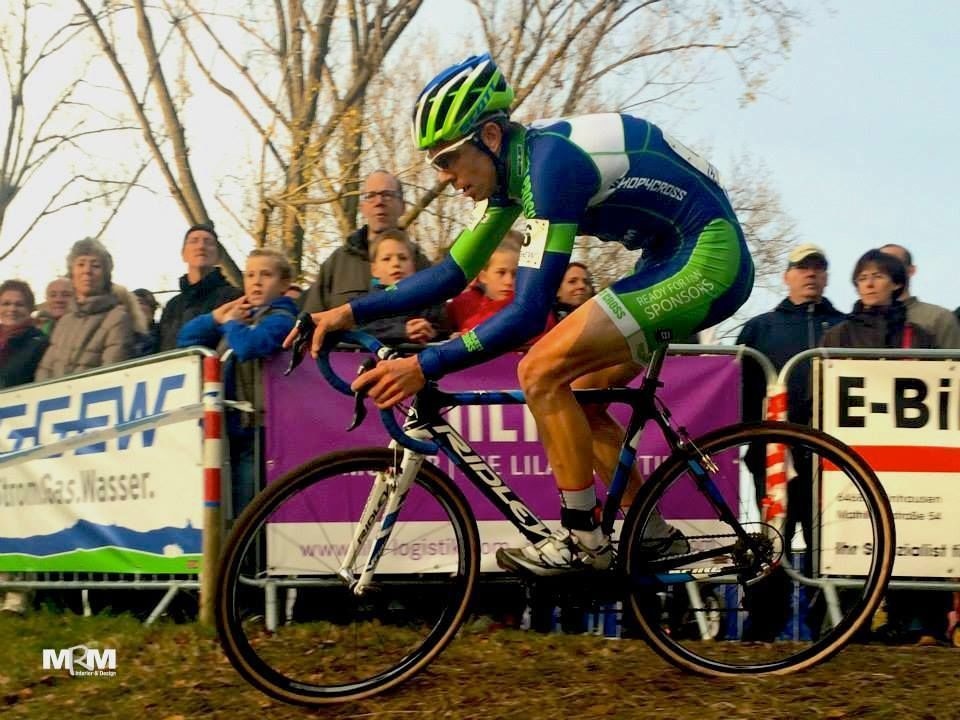 Get more great reads from Everything Bike here

Max Podschun was born in Hamburg, Germany, but spent most of his childhood living between his hometown and Sydney, Australia. At the age of 12 he returned permanently to Germany, where he raced road and cyclocross from the age of 15 to 21. Since 2011 Max has been coaching aspiring cyclists. He’s always had a soft spot for cyclocross, and has established Project.Cross, a team of pro cyclocross riders.

Max last visited Sydney in 2013 where he spent time at the National CX League in Terry Hills. He’s got his eye on Aus, with the hope of getting a team up and running here at some point. We caught up with Max to find out more about Project.Cross.

Well, after moving from Australia to Germany I needed something to substitute my addiction to surfing!

I got into bike riding and especially cyclocross, which gave me back some of the intensity I was missing as a result of not surfing.

Project.Cross has become a logical evolution of my passion for professional racing and cyclocross.

It is the first German and indeed European team outside of Belgium and Holland that focuses on developing talented cyclocross riders and becoming internationally successful racers. Who’s riding for your team?

The most recognised rider is Mariusz Gil, who is from Poland and has been a professional cx-racer for the past 12 years. He’s currently 37th in the UCI world ranking and is a great mentor to the younger riders in the team. The other rider is his young nephew, Remi Gil. His dad (Mariusz’s brother Dariusz) was a world-class racer and the talent just stayed in the family. He’s very eager to keep the family cx-legacy running. Remi is super motivated and brings to our team everything you need to stand a chance against the world’s best riders. Unfortunately he was seriously sick this season so he hadn’t had an opportunity to show his talents yet.

Now that the European season is over we have signed two more riders one from the Czech Republic and one Belgian. We are also still negotiating with three more riders from Germany, Australia and Switzerland.

All of them are members of their respective national team, hence we will have a pretty strong line-up next season.

However, we can’t see every talent – so if there’s someone out there who has the guts to race in Europe I’m more than happy to have a chat about it and see what we can do…!

How was your first season? Are you satisfied with the results?

Mariusz scored us three podium finishes in UCI races including a silver medal at the National Championships and a podium in Germany.

Some top 10 and 15 finishes in the big international racing series like BPost Bank Trofee and EKZ Cross Tour got us some nice TV coverage and Mariusz climbed back to 37th in the UCI (from 57th after a horrible last season). This season was twice as hard as any other because it wasn’t just about the racing itself. We also had to organise the whole infrastructure and logistics of the team. Everything and everyone worked really well: not one problem with the bikes. The staff were phenomenal with their service, Mariusz got some good results and Project.Cross found its respected place in the professional racing circuit.

What are the team’s goals?

There is enormous potential all over Europe and yet we all only concentrate on Belgium and the Netherlands. No wonder given that’s where the money, the publicity and the good riders are!

I’ve always been someone who looks beyond the horizon to do something extraordinary.

It is my motivation to give riders from other countries the chance to develop in a professional environment that gives them everything they need to close the gap on Belgium.

Those plans I want to make become reality.

On the other hand an important goal is also to secure enough backing by finding new sponsors.

What is it that fascinates you about cyclocross and why do you think it’s so much fun?

That’s simple: because it is just so damn fun!

The races are fast paced, you have to pay attention to so many details, the courses vary so much; no other discipline has that. There’s loads of sand, snow, ice, sticky mud, liquid mud, slopes, bridges, a million u-turns, logs and barriers. You have to accelerate so often for an hour and still hold up your concentration so you don’t make a mistake that ruins all your efforts in one second. I prefer to compare cyclocross to motorsport rather than cycling! So basically it’s Formula 1, on a rally course, on a bike. What’s not to like about that?!

It’s always been this much fun. So why do you think cyclocross has started to really trend now? You can do it all year long, in every imaginable weather condition, it never gets boring and it’s also cheap because you only need one bike to do it all.

Generally I think that since the sixties cyclocross has never lost its appeal. But it became dwarfed by mountain biking, which swept the world from America, and then of course riders like Jan Ulrich or Lance Armstrong and their success on the road meant that cyclocross didn’t quite catch the headlines.

Mountain biking isn’t that much of a spectator sport – it takes place out of towns and involves long courses. Road racing has taken a knock to its reputation these past few years. I think these factors have helped cyclocross move out of the shadows and back into the limelight.

There were many “special moments” but what I will never forget is my first race in Belgium (U19, Koppenbergcross). It was so unbelievably hard that when I came to the top of the hill in the first lap I couldn’t see anything anymore. It was all black with white spots bouncing around. Still the spectators just kept screaming at me and pushed me way beyond my limits. It was “oh so dreadful” and at the same time “oh so beautiful”.

Enter the world of Everything Bike here