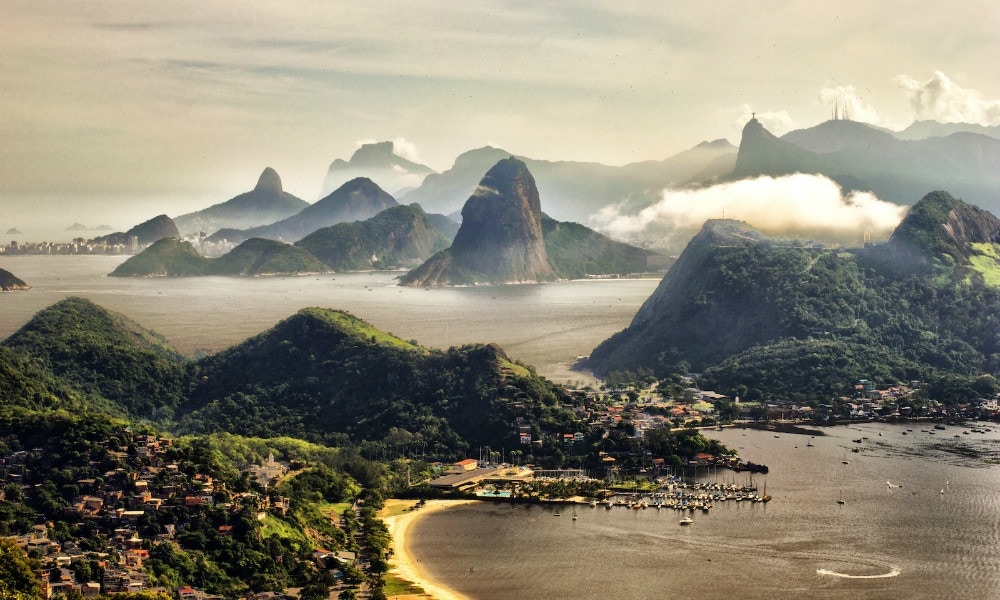 Just hours after the opening ceremony at the 2016 Rio Olympics, the first cycling event of the Games will begin. The men’s road race features most of the world’s best riders and a very challenging course, setting the stage for a thrilling contest come Saturday.

Here’s what you should know about the men’s road race at the 2016 Rio Olympics.

The course is very, very tough.

Starting at 9:30am on Saturday, Rio time, the men’s road race will cover 236km with an estimated elevation gain of 3,600m. While not quite as long as some of the sport’s biggest one-day races — think the Tour of Flanders or Liege-Bastogne-Liege — the volume of climbing and the nature of the climbs will make it every bit as difficult.

The race starts in Fort Copacabana before heading west along the Brazilian coast line. There’s one short climb after about 10km, but apart from that the first section of the race is largely flat.

After 37km the riders begin four laps of the ‘Grumari Circuit’ — a 25km loop which features two climbs: a 1.2km ascent at 7% and then an easier 2.1km ascent at 4.5%. After these four circuits the riders head back along the beach towards Rio, hitting the start of the harder ‘Vista Chinesa’ circuit after 162km.

The riders will complete two-and-a-half laps of this circuit, tackling the tough Vista Chinesa climb three times, and similarly with the serpentine 6km descent that follows. While the Vista Chinesa climb has a seemingly easy average gradient — 8.5km at 5.7% — a descent in the middle obscures its true difficulty. With stretches over 10% this 30-minute climb is not to be underestimated. Indeed, it is likely to decide the race.

After the final descent there’s a flat run of roughly 10km back to the finish line at Fort Copacabana.

The Rio road race isn’t going to come down to a big bunch sprint. Expect a serious race of attrition, with more and more riders dropping out of contention on every climb. It’s feasible that the peloton might still be a decent size when it hits the Vista Chinesa loop after 162km but it will quickly thin out as the road heads up in those closing circuits.

It’s the sort of race where the early breakaway could well survive until the end, if it has the right composition. Likewise, a late move on one of the final three climbs could stick.

But perhaps the more likely outcome is that the early break will be caught before or in the final circuits, with the climbers then free to duke it out on the last three climbs. A small group of the favorites (think five or so) might then ride to the finish together to decide the medals in a sprint.

In predicting the outcome of Saturday’s race — an admittedly fraught exercise — it’s worth briefly considering the Rio road race test event held in August last year. While the race was roughly 70km shorter than this weekend’s race, and while the level of competition wasn’t nearly as high, it’s worth noting that the race was split by the French team in the final kilometres with Alexis Vuillermoz winning from a small breakaway group of six riders.

Also: considerably fewer than half the starters finished that race. Expect similar attrition rates for Saturday.

One of the things that sets the Olympic road race apart from just about every other race on the calendar is the size and composition of the teams. Most obviously, the riders compete for their home nation rather than for the trade team they race with throughout the year. And where most big cycling races feature teams of eight or nine riders, the biggest teams in the Olympic road race will only be five-strong.

Even then, only five nations have the full five riders (Belgium, Spain, Italy, Great Britain and Colombia), some have four, many have three, others have two, and some nations have only one rider on the startlist.

So what does this all mean? Quite simply, having fewer riders makes it harder to control the race. Chris Froome, for example, won’t have the luxury of eight teammates to set the pace for him like he did at the Tour de France — he’ll only have four at his disposal.

That said, don’t be too surprised if you see trade team loyalties (present and future) at play on Saturday. Riders race for their trade teams in virtually every race throughout the year and those allegiances aren’t set aside easily.

Even though Chris Froome won’t enjoy the same support on Saturday as he did at the recent Tour de France, he will still go in as one of the big favorites. Froome claims the team leadership still hasn’t been decided but it seems almost certain that he will be Great Britain’s greatest chance of winning gold.

The three-time Tour winner has one of the strongest teams in the race and he’ll enjoy great support on the climbs (courtesy of Geraint Thomas and Adam Yates) and on the flatter sections in between (with Ian Stannard). Could we see a repeat of stage 8 of the Tour de France, with Froome attacking over the top of the final climb and descending his way to a solo victory?

Great Britain has another compelling card to play in late-inclusion Steve Cummings. The two-time Tour de France stage winner will be very dangerous indeed if he can get in the early break and if he has the legs to get away solo. Froome after descending to victory on stage 8 of the recent Tour de France.

Spain comes into the race with an impressive line-up, including Joaquim Rodriguez, recent Tour de France stage winner Ion Izagirre and the team’s biggest chance of a medal, Alejandro Valverde.

Few riders in the world are more accomplished in long, hilly one-day races than Valverde, and the race suits the Spanish veteran perfectly. If it comes down to a small group at the end and Valverde’s there, he’ll be the rider to beat. Hopefully the Spanish riders will show greater unity on Saturday than they have done in the past when racing in their national colours (2013 Road World Championships, anyone?)

While Tour de France podium finisher Nairo Quintana is sitting out the Games, Colombia still has one of the most formidable squads on the startlist. Giro d’Italia runner-up Esteban Chaves, Tour de France stage winner Jarlinson Pantano and Tour de Suisse winner Luis Leon Sanchez are all possible medal-winners, not to mention the silver medalist from the 2012 London Games, Rigoberto Uran. Expect to see the Colombians right in amongst it on the tough final climbs and, if there’s a meaningful early break, for Pantano to be there. Rigoberto Uran was second in the last Olympic road race, behind Alexandre Vinokourov.

Despite having just four riders in the race, the Netherlands has one of the most impressive line-ups of all. Wout Poels was a force to be reckoned with at the Tour, riding in support of Sky teammate Chris Froome, and with his win at Liege-Bastogne-Liege earlier this year, Poels has showed he can take big victories in his own right as well.

Bauke Mollema had a great Tour — until the final week — and then won Clasica San Sebastian a week later. He’s clearly in impressive form. Add dual Tour stage winner Tom Dumoulin (pending his recovery from a broken wrist) and Giro d’Italia star Steven Kruijswijk and the Dutch have several riders with a very real chance of a medal.

Italy has two very strong cards to play in Vincenzo Nibali and Fabio Aru, both of whom climb exceptionally well and love getting away on technical descents. Nibali, in particular, has made the Rio road race one of big goals for the season and is a genuine chance of gold.

French riders Julian Alaphilippe and Romain Bardet (who was third in the Rio test event) are equally aggressive and could be in the reckoning, likewise with Portugal’s former world champion Rui Costa. Could Bauke Mollema’s good form at Clasica San Sebastian put him in good stead for the Olympics road race?

Former Liege-Bastogne-Liege winner Dan Martin only has one teammate (Nicolas Roche) in the race but the Irishman is climbing as well as he ever has and shouldn’t be discounted. The same goes for Richie Porte. The Australian would likely have finished on the podium at the recent Tour de France were it not for a mechanical mishap on stage 2.

If everything goes according to plan on Saturday, Porte could well be in with a shot at a medal.

Beyond the big nations there are many stars of the sport that, on their day, could challenge for a medal come Saturday afternoon. Rafal Majka’s climbing ability is beyond doubt, the Pole having recently won the KOM classification at the Tour de France for a second time. Belgian duo Tim Wellens and Serge Pauwels (second in the Rio test event) are quite partial to a late escape and deserve to be marked.

Click through for the full startlist for the 2016 Rio Olympics men’s road race.

The weather should be perfect for bike racing

According to current forecasts, the weather for Saturday’s race is shaping up nicely. The riders will enjoy warm, dry conditions, with a maximum of 28ºC, and very little wind to contend with.

The race will be beamed live around the world

The broadcast of the Olympic road race will vary from country to country, depending on how much of the race the relevant network wants to show, and whether there’s a separate live-streaming option available.

In Australia, the Seven network has Olympic broadcast rights and will likely show portions of the men’s road race live. Thankfully, it seems it will be possible to stream the entire race live online via the Olympics on 7 app for tablet and smartphone. On the downside, the race starts at 10:30pm AEST on Saturday night and is expected to finish just before 5am on Sunday morning.

In the US, the race will be broadcast live on NBC, with the riders setting off at 5:30am (PDT). The BBC will have the broadcast in the UK, with the race starting at 1:30pm London time.

If you live outside Australia, the US or the UK, check here to see which TV network will have Olympics coverage in your location.

So, who’s your pick for the men’s road race at the Rio Olympics?