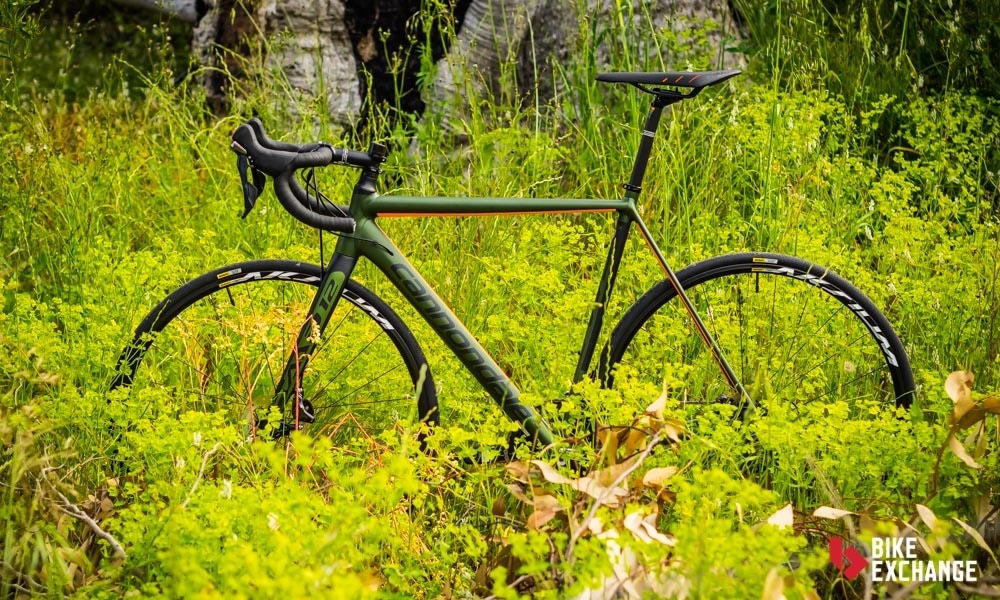 Cannondale is one of the few brands that has consistently produced high quality aluminium performance road bikes since the emergence of carbon fiber. While many brands launched head first into carbon fiber creations at the expense of a viable aluminium option, Cannondale bucked the trend and continued to produce and develop a seriously good aluminium performance road bike alternative to carbon. The CAAD series has been forging ahead for many years, and the latest CAAD12 mirrors the attributes that makes the pro level SuperSix EVO so popular. Both the CAAD12 and SuperSix Evo bikes have recently been equipped with disc brakes, the latest industry wide development in road cycling.

CyclingTips’ Australian tech editor Matt Wikstrom will be reviewing both the CAAD12 Disc and the newly released Superix EVO disc, in a battle of carbon vs aluminium, for performance disc road bike supremacy amongst the Cannondale fleet. We were able to get our hands on both bikes for a brief moment to take some shots and get an idea of what each bike is all about before Matt’s full review is released on CyclingTips. We'll shortly be providing a first impressions look at the Supersix EVO Disc so keep an eye out on the blog. The foundation for the CAAD12 is the SmartForm C1 Premium Alloy frame. Unlike conventional aluminium tube butting, the SmartForm process smoothly tapers the tube ends reducing stress points and triming as much weight as possible while maintaining stiffness and strength. The CAAD12 frame retains the classic silhouette of a horizontal top tube and larger triangles. It's a credit to their manufacturing process that despite the consistent geometry and design, they've managed to produce an equally good bike in regards to stiffness and compliance to those with compact frames, beefy tube profiles and dropped seat stays. Matt's early thoughts on riding both bikes were, "the CAAD12 is a little firmer, the SuperSix marginally more responsive in the way that carbon typically is.' The CAAD12 Disc comes with three drivetrain options; SRAM Force 1, Shimano Ultegra and 105. Matt is reviewing the Ultegra version which typically comes with Cannondale's HollowGram Si crank and SpideRing. For his sample, and a small number of 54 and 56cm bikes in stores, a FSA SL-K BB386 carbon crankset features. It's a small discrepancy due to shortages in production, but the specifications published, which state the Cannondale SI alloy crank, are correct.

A 52/36 chainring pairing is accompanied by an 11-28 cassette out back. The shifters are Shimano R685 Hydraulic Disc to control the BR785/805 Hydraulic Discs with 140mm rotors, front and back. Interesting to note that the CAAD12 has quick release skewers front and rear, while the SuperSix EVO has a front thru-axle and rear quick release. Another slight difference between the pair is the 160mm rotor up front for the Supersix EVO. Mavic Aksium Disc wheels round out the package which is an impressive one at $2,599.99 for the complete bike. The aluminium rims and 24 steel straight-pull spokes front and rear make a robust wheelset that should last a long time. Frame clearance for 28c tires provides daylight around the stock 25c rubber. The CAAD12 as pictured weighs 8.33kg, only 330g heavier than the Supersix EVO disc, a remarkable feat which could have pundits flipping the coin between the two if performance on the road is as good as it is on paper.