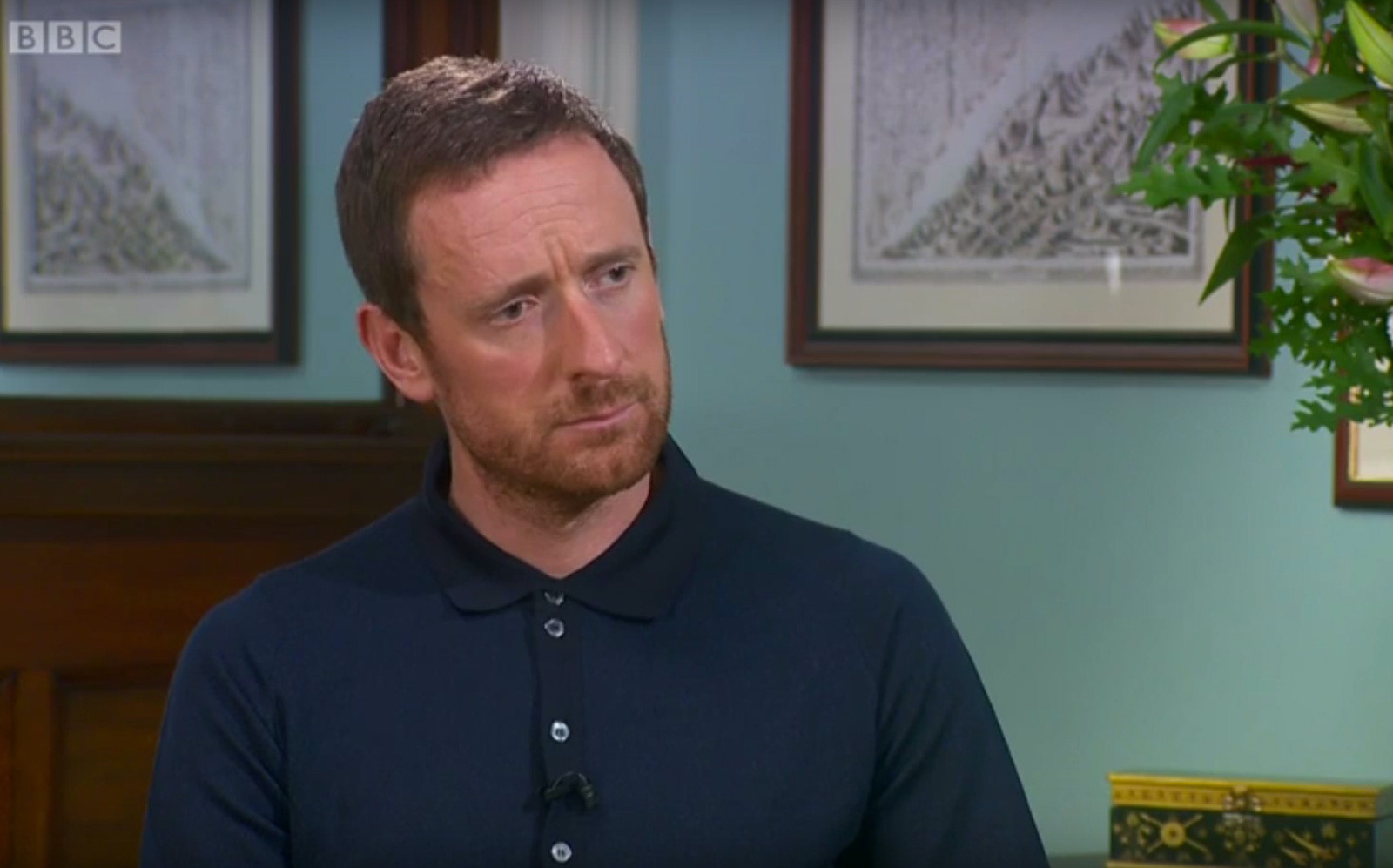 Finally responding to questions raised 11 days ago by the leak of medical information by Russian hackers, Bradley Wiggins has sought to play down the performance-enhancing effects of injections he received before three Grand Tours.

Wiggins was given shots of the corticosteroid Triamcinolone acetonide prior to the 2011 and 2012 Tours de France plus the 2013 Giro d’Italia. He won the 2012 Tour. All three Grand Tours were his key season targets.

Triamcinolone acetonide is the same corticosteroid Lance Armstrong tested positive for during the 1999 Tour de France and is a substance which former dopers David Millar, Jorg Jaksche and Michael Rasmussen have all said has potent performance-boosting effects.

Wiggins use of the substance was possible at the time as he had applied for and received a Therapeutic Use Exemption (TUE) allowing him to receive the injections. He had complained about allergies and asthma.

“It was prescribed for allergies and respiratory problems,” he told journalist Andrew Marr on BBC television on Sunday morning. “I’ve been a lifelong sufferer of asthma, and I went to my team doctor at the time. We went in turn went to a specialist to see if there’s anything else we could do to cure these problems.

“And he in turn said, ‘yep, there’s something you can do but you’re going to need authorisation from your cycling’s governing body.’”

Wiggins said a panel of independent doctors gave him the go ahead and, under UCI and WADA rules, he was able to start using the medication.

Asked by Marr how his use of the substance was different to that of past users such as Jaksche and Millar, he said there was no comparison.

“They were abusing that drug in that era,” he claimed. “[They were taking] more of it, and abusing it, and – and this was to cure a medical condition. And the governing body, the World Anti Doping Agency, everyone said this wasn’t about trying to find a way to gain an unfair advantage, this was about putting myself back on a level playing field in order to compete at the highest level.”

When it was confirmed that Marr was the person who would be interviewing Wiggins, many raised concerns as he is neither a sports journalist nor does he have an understanding of the history of the sport.

Perhaps because of this, Marr didn’t ask Wiggins why he needed injections in 2011, 2012 and 2013, yet was able to treat his asthma sufficiently well with inhalers in the past to be able to finish fourth in the 2009 Tour de France.

Inhalers don’t have the same potent effects as injected corticosteroids, including the weight loss and recovery boost Jaksche described to CyclingTips recently.

‘I REALLY STRUGGLED,’ YET WINNING

Marr did note that Wiggins was in storming form prior to the 2012 Tour de France [he won Paris-Nice, the Tour de Romandie and the Critérium du Dauphiné – ed.]. He pondered why Wiggins could claim to be struggling with his health and yet be going so well.

“Yeah, I – I really struggled in that period,” Wiggins replied. “June, July is…is the worst period for that. April, June, July – right through those months, and I was having problems.

“And, you know, when you win the race three weeks out from the Tour de France, as I did with the Dauphiné Libéré, you know, you’re the favourite for the Tour de France. At Team Sky, you know, you have the medical team there, everyone – there’s coaches checking everything’s…‘look, Brad you’re on track here, you’re – you’re the favourite to win this race, now we need to make sure the next three weeks is…is there anything we can help with at the moment?’

“‘Well, I’m still struggling with this breathing last week. I know it didn’t look like it but I – is there anything else you can do just to make sure that I don’t – I don’t –this doesn’t become an issue into a three-week race at the height of the season?’ And in turn I take that medical advice.”

One of the points most highlighted in the Wiggins TUE case has been that he stated in his 2012 autobiography My Time that he had never received injections.

That book quoted him as saying:

“They [the UCI] had brought in a needle ban, forbidding the use of injections across the board, even for substances used for recovery such as sugars and vitamins. British Cycling have always had a no-needle policy, it’s been a mainstay of theirs; so it was something I grew up with as a bike rider. In British cycling culture, at the word ‘needle’ or the sight of one, you go ‘Oh shit’, it’s a complete taboo.

“When I was a kid we used to play around in a car park where there were always needles on the floor from heroin addicts who used to go and shoot up – orange needles – so from a young age my mother and others would tell us, ‘Stay away from those needles, don’t go near them, don’t touch them.’ In France you can buy them over the counter; it’s a different culture. Here you buy vitamin C effervescent from Boots, rather than getting it through a syringe.

“I’ve never had an injection, apart from I’ve had my vaccinations, and on occasion I’ve been put on a drip, when I’ve come down with diarrhoea or something or have been severely dehydrated.”

The TUE details showing that he had actually received injections appear to clash with that statement. Wiggins sought to address this contradiction.

“I can understand the [questions], you know, that’s still an open wound in our sport, and as I’ve said, this particular drug was abused back in that era. But I think as I said, even with the needle comments that I made, this – this was about, at that time if can paint a picture of the landscape at that time, in 2012, right at the height of Lance Armstrong and just before the crash, as it were, with him, that the landscape – have you ever used needles?

“It was – it was always a loaded question with regards to doping…intravenous injections of iron, EPO etc, no one ever asked the question, have you ever had an injection by a medical professional to treat or cure a medical condition? There are two sides to that, and – and at that period of time it was very much with a doping emphasis in the question.”

Marr pointed out that Wiggins had specifically said he hadn’t received injections, other than vaccinations.

“Well, for medical conditions, and I think at the time that the book I was – I wasn’t writing the book,” said Wiggins. “I was writing it with a cycling journalist [ghostwriter William Fotheringham – ed.] who’s very knowledgeable on the sport and had lived through the whole era of the Lance Armstrong era and the doping era.

“All the questions at that time were very much loaded towards doping.”

Marr didn’t ask him why he had signed off on the book if the context wasn’t clear in this regard.

The interviewer did point out that it seemed Team Sky had gone right up to the line of what was forbidden, pushing things as far as possible without breaking anti-doping rules.

“We have rules and legislations in our sport and we are governed by our cycling’s government body and by WADA, the World Anti-doping Agency,” Wiggins answered. “Now, those rules are there. As athletes we don’t invent those rules, we have to abide by the rules and Team Sky, especially team – biggest cycling team in the world, 100 per cent everything that they have done in this has been within the rules and abided by the rules that are set to us, and we are being scrutinised for abiding by the speed list, the same within the speed limit.”

Reactions to the interview have been mixed, with experienced journalists expressing reservations.