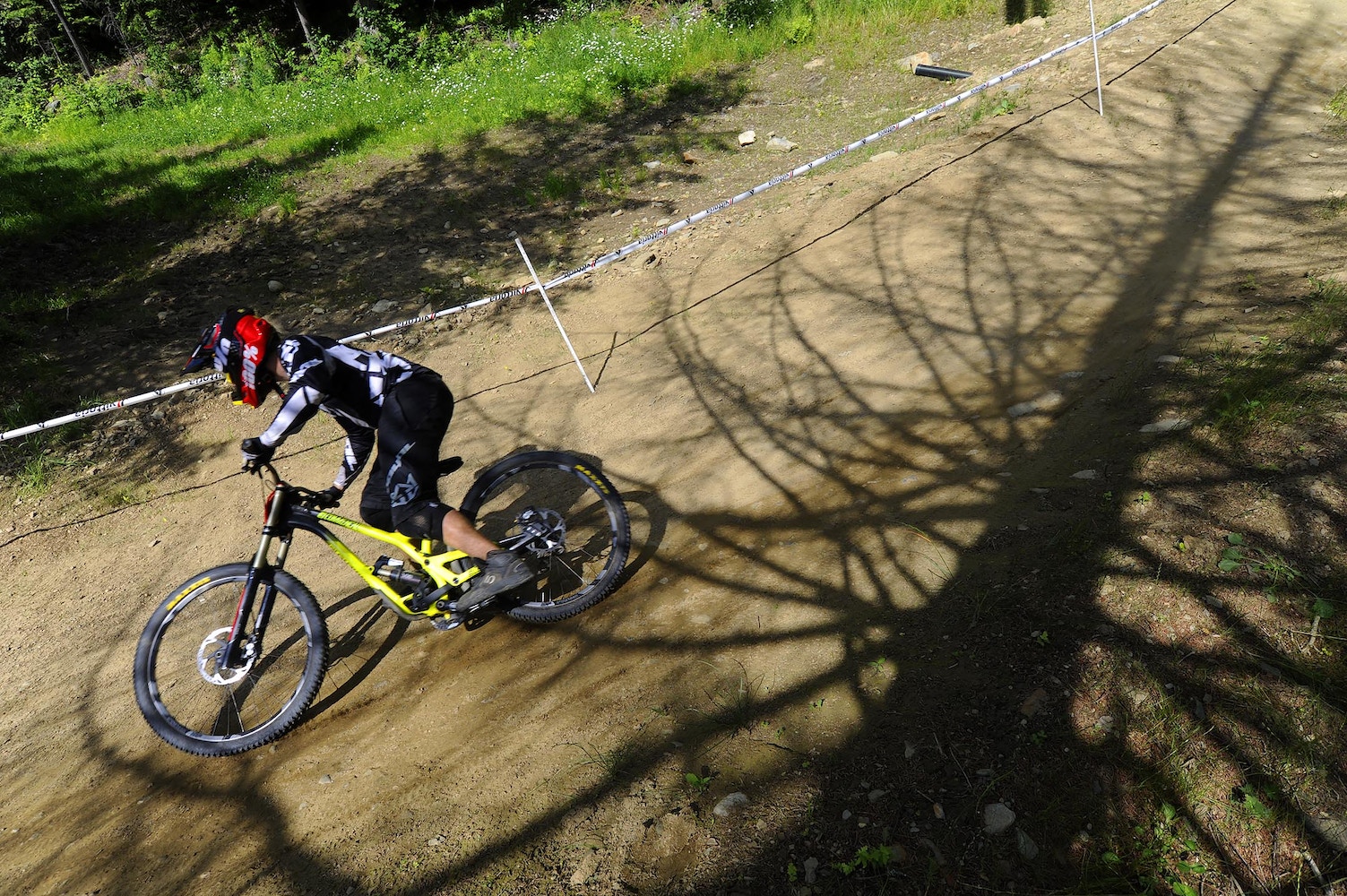 Perfect summer weather and the chance to sample the goods at the East Coast’s newest must-ride destination brought a healthy crowd of racers to the Thunder Mountain Bike Park for the second stop of the Vittoria Eastern States Cup New England Downhill Series on Father’s Day weekend. Thunder Mountain is located at the Berkshire East Ski Area n northwestern Massachusetts and is in the midst of a massive trail building bonanza spearheaded by Gravity Logic. Since the tour visited late last summer, the mountain has opened several new top-to-bottom runs including an incredible new expert jump line. New bike trays have also been added to the lift making for much improved uphill capacity. The race was held on The Schist, a rowdy, mostly-natural line down the steep center of the mountain. The track began with a steep plunge out in the open. Local Junior-X rider Collin McBride sent it deep into the opening rock garden. After a brief ride down an open slope, a thorny rock and root garden, sent here by pro Jordan Newth, took racers into the woods for the remainder of the of track. Lower on the mountain, the pitch eased and racers slalomed through trees and rock lines. Bursting out into the open just above the finish line riders launched off a sendy step-down to a super speedway berm. For the second straight week, the women’s pro race was won handily by Lauren Daney, topping Simona Croccolo by more than twenty seconds. The mens pro race featured the biggest field of the day with 21 speedsters doing battle. It also featured some tight racing with the top five separated by under three seconds. Phil Kmetz, racing for Danny’s Cycles, just edged out Canadian Hugo Langevin by under a second.