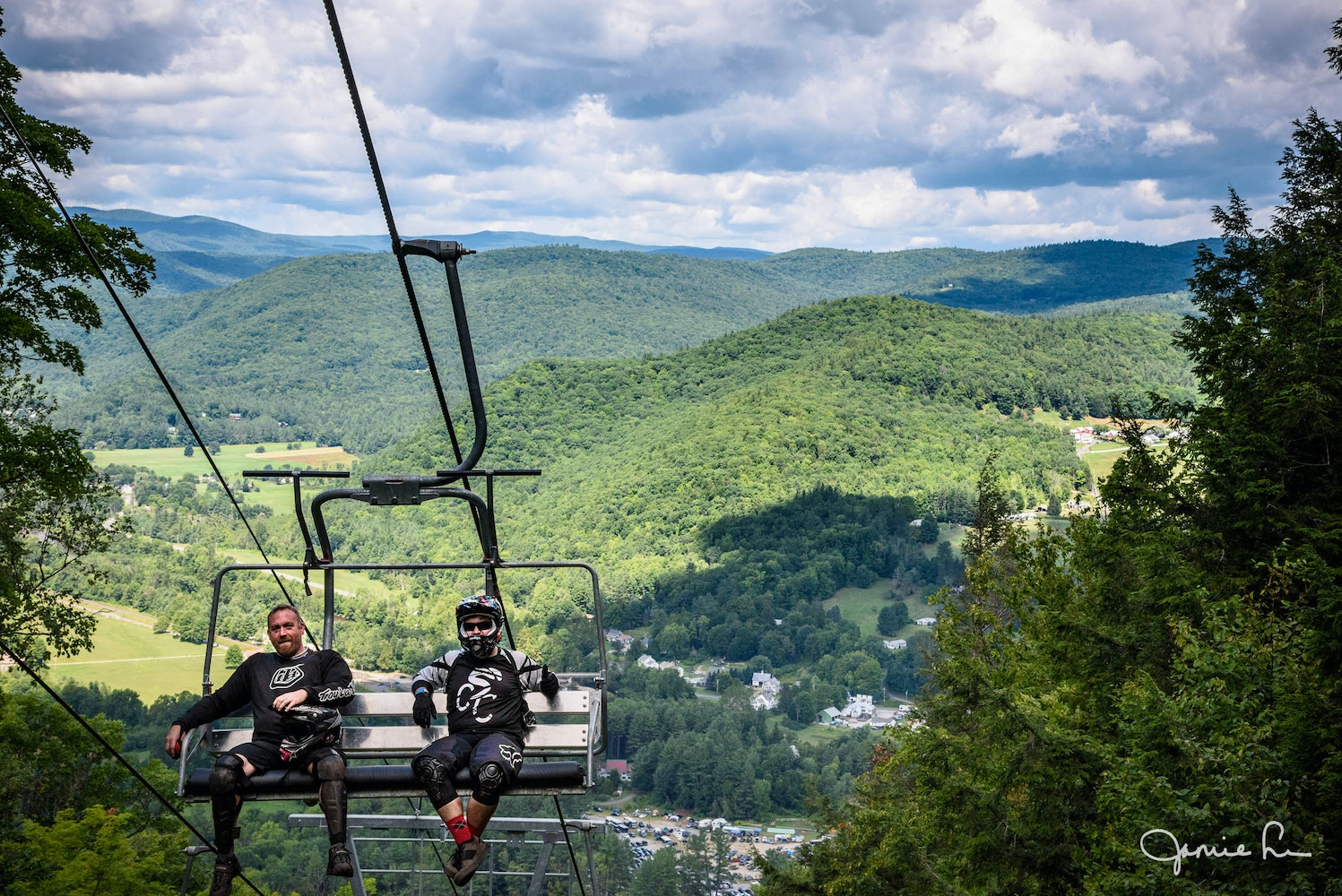 Electricity was in the air this past weekend as more than 200 gravity racers brought the heat to the Thunder Mountain Bike Park for the fourth round of the Vittoria ESC BOX Components East Coast Showdown. Pro rider Jason Scheiding sends it into the woods during the Vittoria ESC Enduro at Thunder Mountain this past weekend. Scheiding would end up 6th for the day. Adam Morse topped the pro field with 185 racers battling over five varied stages. Kelly Ault took home a top ten finish in the strong women's pro field that was won by Lauren Petersen.