A Guide to Track Cycling at the Olympics 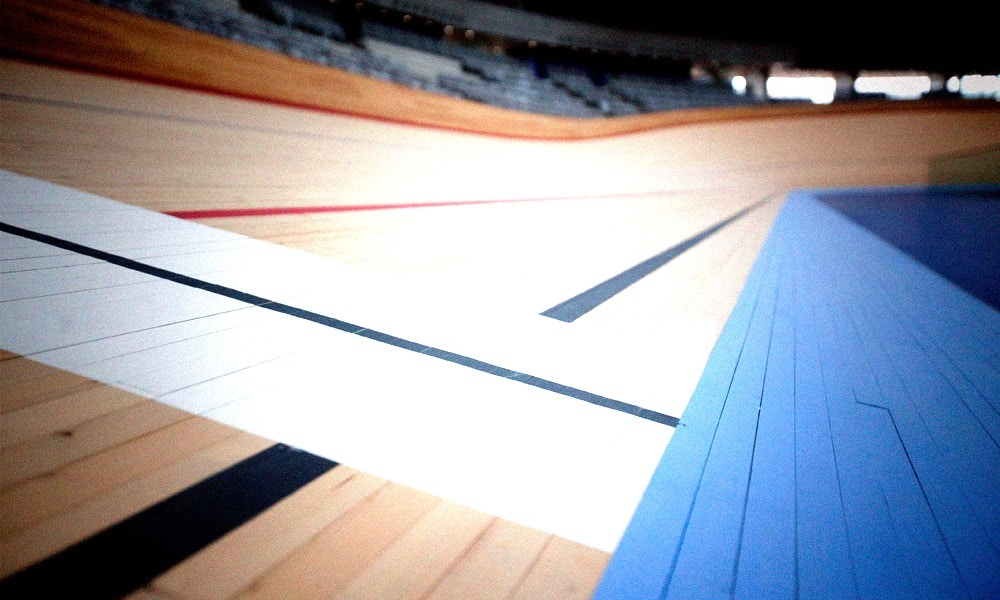 Track cycling events are broken up into two categories; sprint or endurance events. Within each category are many different events, not all of them contested at the Olympics. Events come and go from the Olympic program but there is always a mixture of sprint and endurance events for men and women to compete in.

We’ve broken down track cycling to explain the events that will feature at the 2016 Rio Olympic Games and the unique features of riding on the track. Track cycling is contested in a purpose built stadium known as a ‘velodrome’. For Olympic and World Championship events the track must measure 250m in length and the ‘bank’ or angle of the track 45degrees on the corners. Other events are not so strict meaning the track can be up to twice as long and the bank closer to 30 degrees.

The track is normally made out of either timber or synthetics, or a combination of both, and has various coloured bands which act as ‘lanes’ for the riders to adhere to depending on the event.

A blue area on the inside of the track is the warm-up area and is prohibited during races. The black line on the track is the ‘measurement line’, it sits 20cm above the blue area and is the shortest route around the track. On the outside of the black line is a red line. These two lines create a ‘sprinters lane’ and if a rider is in this lane then overtaking on the inside is not allowed. Unlike road bikes, track bikes don’t have gears or brakes. Track cyclists compete on bikes with fixed gears, which don’t allow any free-wheeling or changing of gears. Track bikes have few components; the frame and fork, handlebars, wheels, cranks, pedals, a single chainring on the front, one cog fixed to the hub on the rear wheel and the chain itself.

The handlebars on a track bike are similar to a road bike but narrower and with a deeper drop to allow the rider to adopt a more aggressive aerodynamic position.

They also have no brakes so trying to slow down quickly is not an option. The only way for riders to stop is to slow their pedaling.

Bikes competing in the Keirin, Omnium and Sprint events will typically have a solid disc rear-wheel to optimize aerodynamics and either a deep rim, tri-spoke or five-spoke front wheel. They will also have regular drop handlebars to allow the rider to easily maneuver the bike.

Bikes competing in the Team or Individual Pursuit will typically have a disc wheel on the front and rear, and time trial specific handlebars allowing the rider to adopt a very aggressive aerodynamic position.

The time trial handlebars enable the rider to rest their forearms on the bars creating a low frontal profile, reducing the surface area that meets the wind, therefore reducing the aerodynamic drag they create. Around 85% of the resistance a rider has to overcome is created by themselves, so every measure to reduce the riders frontal profile translates into extra speed. Track riders will typically wear ‘speedsuits’ sometimes referred to as ‘skinsuits’ because they hug the rider like a second skin, not allowing any loose areas to ‘catch the wind’ which will increase the aerodynamic drag of the rider. Some suits even incorporate ‘channels’ on the shoulder panels and arms to further help air move from the front of the rider to the back. Anything to save a few tenths of a second.

Track riders shoes are sometimes slightly different to road cyclist’s shoes. Sprinters will exert enormous amounts of power trying to exit the starting gates as fast as possible. To prevent them ‘pulling a shoe’ or slipping out of their pedals, they will not only use clip in cleats and pedals, but also straps as an extra layer of security. Interestingly, track riders are not allowed to wear shoe covers like on the road, and there are restrictions to the height of their socks.

These rules are in place to create a level playing field and make the racing all about the riders as opposed to the technology. There will be 10 track cycling events contested at the 2016 Rio Olympics, a men’s and women’s category for each;

These events can be further categorized by either a ‘Sprint’ event or an ‘Endurance’ event. Sprint events are short in duration and require raw power over endurance and strength. Tactics play a large role in the Sprint and Keirin competitions requiring riders to play cat and mouse with their opponent to gain the upper hand.

Below is a description of each sprint event. Even though the Sprint event is short in distance and duration, it relies heavily on tactics and bike craft.

Only the last 200m of the 1000m total are timed, resulting in explosive bursts of speed in the last few seconds.

Riders line up vertically on the track from a stationary position. The Sprint is won in a best of three race contest and riders will alternate their riding start position.

The Sprint is a game of cat and mouse with the lead rider often dictating how the race will play out, not wanting to provide a drafting opportunity for the rider behind. As a result, the lead rider will often try to slow down, forcing the following rider to the front or riding slow enough to not provide any advantage. Riders will often come to a complete stop to make this happen.

Rules in the sprint stipulate there must be no backward movement, so riders will ‘track-stand’, holding themselves in a stationary position on the track waiting for the other rider to break first and roll to the front. Officials can call a truce on this and either re-start the sprint or tell the riders to move on if they feel the race is being hindered by these negative tactics.

Riders compete against each other one on one, the first across the line wins the sprint.

The Team Sprint is one of the most explosive events on the track program. Competing teams (three for the men and two for the women) start on opposite sides of the velodrome from a stationary position and complete either three laps for men, or two laps for women as fast as possible. Each lap must be led by a different team member who then drops out at the end of their lap.

Each rider needs to ride as hard as possible while also keeping in tight formation to provide some assistance to the final rider who has to ride the furthest. The team with their final rider across the line first wins.

The Keirin is one of the fastest track cycling events thanks to a motor pacer that sets the pace before releasing the riders to sprint for victory.

Riders perform 8 laps of the 250m track initially following the motor-pacer, typically a small motorbike or electronic bike, that starts slowly (approximately 25kph) and gradually increases in speed (approximately 50kph) while riders line-up behind, ready to attack when they are released. Riders cannot attack over the top of the motor-pacer and have to wait until it exits the track, which will happen with 700m to go.

The winners will typically reach speeds in excess of 70kph approaching the finish line.

Below is a description of each endurance event. The Omnium is the ultimate event for all round track cyclists, comprising of six different events raced over two days that require a mix of power and endurance. It's cycling's Decathlon equivalent.

The Omnium is a very complicated event and requires consistency from the riders to achieve a good result. Below is how the event is scored and won.

The goal of the Omnium is for riders to obtain as many points as possible. The rider with the highest point total at the end of the six events will win. Riders also have to finish each event of the Omnium to win overall. Riders receive points based on their placing in each event. For the first five events, scoring is as follows.

The winner receives 40 points, second place receives 38 points, third place receives 36 points and so on. This pattern continues down to the 21st placed rider and below, who receive one point for finishing.

During the final event, the Points Race, riders can add points from their total by gaining laps and via winning points in the sprints. If the scores are tied at the end of the Points Race, the places in the final sprint will be used to decide a winner. Teams start on opposite sides of the track in a stationary position and ride as fast as possible. Teams will ride in a line as close as possible to each other to minimise drag and get a draft advantage, making it easier for the riders sitting behind. Once a rider has done their turn on the front they will swing up the track allowing the other riders to come through before tagging on to the back of the line. The time is taken from the third rider across the line so teams need to effectively work together to make sure they don't burn each other out. It is a fine line between going hard enough to win the race, and going too hard and blowing your teammates up.

If one team catches another the race is over and that team declared the winner.

As mentioned previously, there are some track events that appear at World Championship events and not at the Olympics. Track cycling World Championships are typically raced over 5 days, consequently having more time to schedule events.

Below is more information on Track Cycling outside of the Olympic Games.

There are four traditional Sprint events, three of them appearing at the Olympic Games: The Sprint, Team Sprint and the Keirin. The fourth Sprint event is the Time Trial which features in the Omnium but is raced as a stand alone event outside of the Olympics.

The only Endurance event not to feature at the Olympic Games in some form is the Madison. Teams of two compete over 200 laps (50km) with a similar set of rules to the Points Race. Each team must have one rider racing at all times, while the other rests. Changeovers can only occur via touch, normally in the form of a push or in modern times a 'sling' motion to help propel the riders along the track. Sprints are held every 20 laps with 5, 3, 2, 1 points being awarded for the top four finishers and teams are awarded 20 points for lapping the rest of the field.

We hope you've enjoyed this guide to track cycling and have a better understanding of the complex yet enthralling world of Track Cycling. 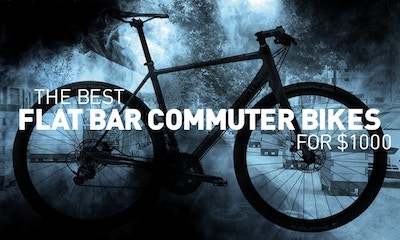