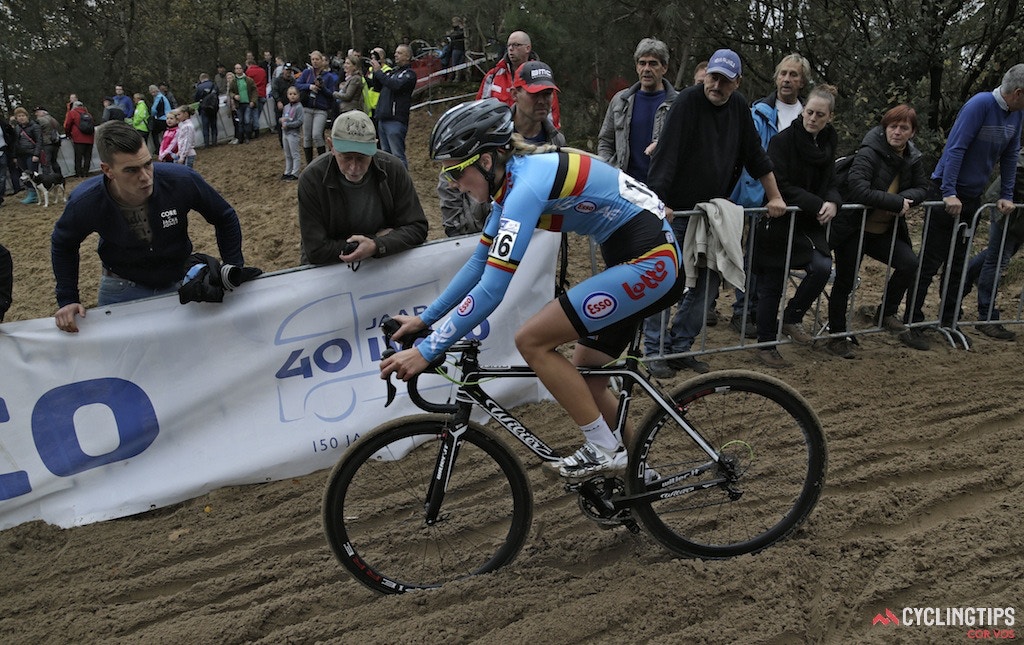 Six weeks after a hidden motor was found at the Cyclocross World Championships in a bike belonging to Belgian Femke Van den Driessche, the rider’s lawyer has revealed what penalty the UCI will seek to impose on the 19-year-old.

Belgian newspaper Het Nieuwsblad reports that the UCI Disciplinary Commission will push for a lifetime ban and a fine of 50,000 Euros – a considerably stronger punishment than many had expected.

New regulations introduced by the UCI on January 30 this year outline the penalty for riders found to be engaging in “technological fraud”. The minimum penalty includes a six-month suspension and a fine of between 20,000 Swiss francs ($18,300USD) and 200,000 Swiss francs ($183,000USD). With the punishment proposed for Van den Driessche, the governing body appears keen to set an example.

“We expected that the requirement would be more than the minimum requirement of six-month suspension. But a life [ban] is very extreme,” Van den Driessche’s lawyer Kristof De Saedeleer told Het Nieuwsblad. “Knowing that you can get up to a four-year suspension for EPO, this is a very serious claim. Especially for a first offence.”

Since 2010 there have been rumors that bikes with hidden motors might have been used in road races but the discovery of a motor in Femke van den Driessche’s bike was a first for any discipline of the sport. Van den Driessche has since claimed that the bike, which was found in the pits during the Cyclocross World Championships in Zolder, belonged to a family friend.

“He bought it from me after last season, it’s exactly the same bike as I use,” Van den Driessche said in the days after the discovery. “That friend explored the course with my brother and had the bike against the truck. One of my mechanics must have thought that it was my bike and had it cleaned and taken [to the pits].

“That boy will sometimes train with me or with my brothers, but I never knew that there was a motor in the bike. He never told me. It’s all a mistake and I’m really badly scared. I feel very bad.”

In the past year the UCI has taken a firm stance against mechanical doping, claiming it is committed to eradicating the use of hidden motors from the sport.

“We will be testing more bikes, more often, more frequently,” UCI president Brian Cookson said at the Cyclocross World Championships, several days after the hidden motor was found. “Our message to those choosing to cheat is that we will catch up with you sooner or later,” he stated.

“We are committed to protecting the riders that do not want to cheat and to make sure that the right riders win the races.”

The governing body appears to be living up to its promises, having checked 139 bikes at Omloop Het Nieuwsblad and, now, proposing a penalty that would see Femke Van den Driessche banned from cycling for life.

The 19-year-old Belgian and her entourage will appear at a hearing in Aigle, Switzerland next week where her lawyer is hoping for a “real chance” to “save whatever there is to save”, rather than “a process for show”.

When approached for comment, a UCI spokesperson told CyclingTips: “As said in our press release announcing that the case was referred to the Disciplinary Commission, we won’t make any comment on the case until a decision has been rendered.”