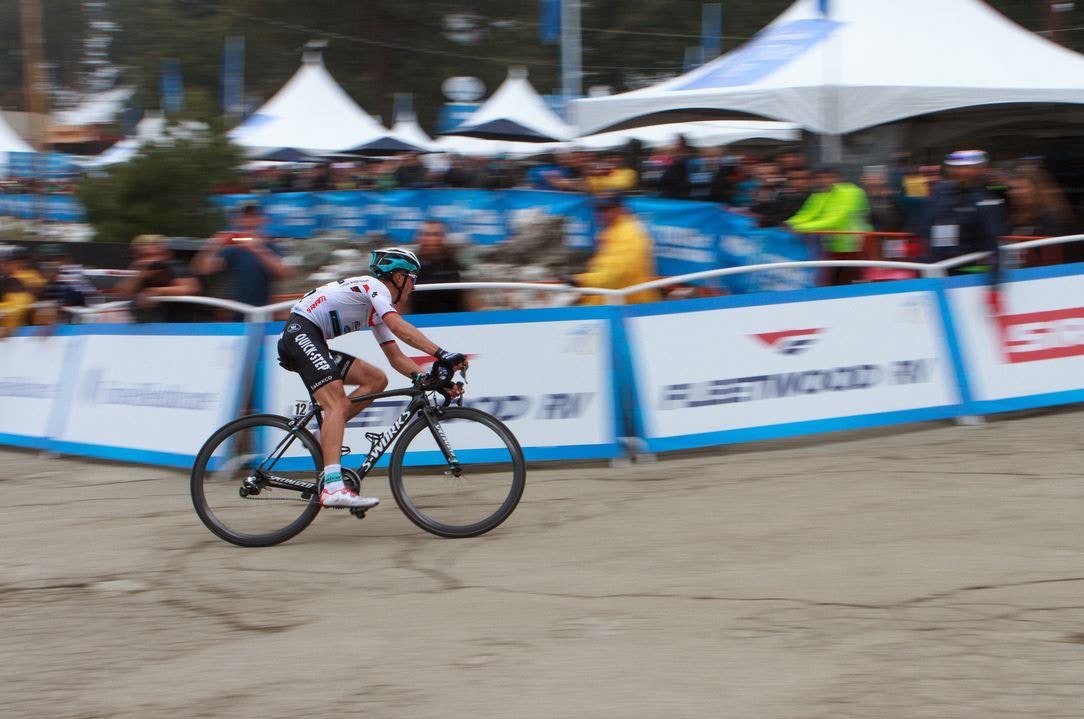 After eight stages of racing over 690 miles the 2015 Amgen Tour of California came down to just 1/8 of an inch. Tinkoff-Saxo’s Peter Sagan was undoubtedly the man of this year’s tour, having sprinted, time trialed and climbed his way to victory. Sagan would finish on the podium in seven out of the eight stages of the tour, including two stage victories. In what could be the making of the man, Sagan showed a willingness to suffer like never before and was able to produce a performance that was unimaginable at the start of the race. Belief was growing in him every day, and it was his confidence that enabled him to produce the time trail of his life, followed up by a climbing display that put other GC contenders to the sword. Sprint bonuses and the width of a tire would ultimately decide the race and add to Sagan’s legend. Stages 1 and 2 – The Cavendish show

While the last few days of the tour belonged to Sagan, Mark Cavendish owned the first two stages of the race. On stage one his old partner in crime and best lead out man in the business, Mark Renshaw, delivered Cav to the finish line with the perfection we have become accustom to seeing from this pair. The stage victory took Cav’s total for the year to 10 and his total victories in the Tour of California to six. Sacramento again proved to be very happy hunting ground for Cav. Stage two had the same result but a very different formula. Ettix – Quick-Step Pro Cycling again did the bulk of the work to bring the breakaway group back, but this time Cav was left to freelance his way to victory, having been boxed in approaching the line. Cav clearly came to California with great form and fast legs, getting himself out of trouble and then sling shooting past Sagan to take the victory by the narrowest of margins. Two out of two for Cav and two straight second place finishes for Sagan.

Stage three was all about the emergence of 23 year old Toms Skujins riding for the Hincapie Racing Team. Skujins was part of the early breakaway, but ended up riding away from it and soloing for the stage victory and overall tour lead. The day would be an epic one with six King of the Mountain climbs, four category 4 climbs, a category 2 climb and one HC climb. Daniel Oss of BMC Racing Team, who was in the breakaway for the second consecutive day, would collect the majority of KOM points on offer and by the end of the tour would take out of the overall Lexus King of the Mountains competition.
Skujins’ win was enough to give him a 32-second lead on Sagan, who would again finish the stage in second place.

Stages 4 and 5 – The sprinters’ playground

Stage four would see Sagan take his first victory of the 2015 edition, showing off his ridiculously exceptional bike handling skills in the final few miles. Sagan came from nowhere on the final few corners to position himself at the head of affairs going into the last corner, where he unleashed a massive kick that no one else could answer. The skills Sagan acquired during his junior racing days in Cyclo-cross and mountain biking came to the fore and won him the stage. Daniel Oss again showed himself to be one of the strongest riders in this year’s tour, jumping from the peloton with one mile to go in an attempt to pinch a stage victory. The Tour of California continued to be a sprinters’ paradise with Mark Cavendish taking out stage five and Sagan again featuring on the podium. Sagan’s consistency would end up winning him overall tour honors, bonus seconds reducing his deficit to overall leader Skujins to only 18 seconds. The weather was not kind to the peloton but it didn't concern Cav, who notched up his third stage win in five races, solidifying his lead in the Visit California Sprint Jersey competition.

Stages 6 and 7 – Sagan produces something special

A short, flat time trial made for an intriguing stage six. The stage would see lots of movement in the Amgen Race Leaders competition, Peter Sagan narrowly taking the victory and moving to the top of the leader board. It was very congested though, with the top nine riders separated by less than a minute going into the crucial stage finish on the slopes of Mt. Baldy. Another young talent showed himself as one to watch. Julian Alaphilippe of Ettix – Quick-Step Pro Cycling Team finished the day in third position within striking distance of Sagan for the overall win and fortified his position as leader in the SRAM Best Young Rider competition. Stage seven would decide the overall winner in the Amgen Tour of California, but the jury was out as to whether it would be Best Young Rider Julian Alaphilippe, Team Sky’s Columbian Rider Sergio Luis Henao Montoya, 2012 race winner Robert Gesink or a surprise from the bunch. No one would have thought that current race leader Peter Sagan would be able to hold onto his lead on the summit finish at Mt. Baldy. For all of Sagan’s battles in other sprint events and one day races, none of them compare to the heroics he put into the climb up Mt. Baldy. A man who only a few days earlier was mixing it in the sprint with Mark Cavendish was now riding away from noted climbers like Gesink, turning himself inside out to keep the Amgen Leaders Jersey within reach on the final stage. Sagan would finish the stage in sixth place, two seconds off the overall lead and 47-seconds off the stage winner Alaphilippe, who turned in a stunning ride himself. The race would come down to the final stage and sprint bonuses. After eight days of racing and over 690 miles, the victory margin was 1/8th of an inch. Less than the width of a tire. Peter Sagan was well placed going into the final stage, two seconds down and needing to pick up some sprint points along the way to secure the overall Amgen Tour of California competition. A reasonable proposition given his form this week, but who was to know how much his effort on Mt. Baldy had taken from him? The young Frenchman Julian Alaphilippe was up for the fight, finishing third in the intermediate sprint and gaining a second. Sagan would finish second in the same sprint and now would only trail by one second. To complete this improbable result, Sagan would need to finish top 3 on the stage, and ahead of Alaphilippe. Mark Cavendish, who had it not been for Sagan’s heroics would be the talk of the tour, capped off a great race by winning the final sprint in style making it four out of eight stage victories. A photo and an extra bit of tread handed third place to Sagan, in the tightest of finishes with Tyler Farrar who finished in fourth. Third place on the final stage was enough for Peter Sagan of Tinkoff-Saxo to win the general classification. In 2015 he swapped the Visit California Sprint jersey for the Yellow Amgen Tour of California overall jersey. An incredible result and one that speaks volumes of his belief and talent. Mark Cavendish of Ettix – Quick-Step Pro Cycling Team was untouchable, winning four stages and the Visit California Sprint jersey competition. Julian Alaphilippe also of Ettix – Quick-Step Pro Cycling Team made it a very successful expedition for the team winning a stage and the SRAM Best Young Rider competition. Daniel Oss of BMC Racing Team was another who animated the race and did enough on stage three and seven to take the Lexus King of the Mountain competition.
A superb eight days of racing saw the leader’s jersey change hands five times and an overall victory margin that had to be seen to be believed.

Our thanks to Jason Miller for these amazing photos.