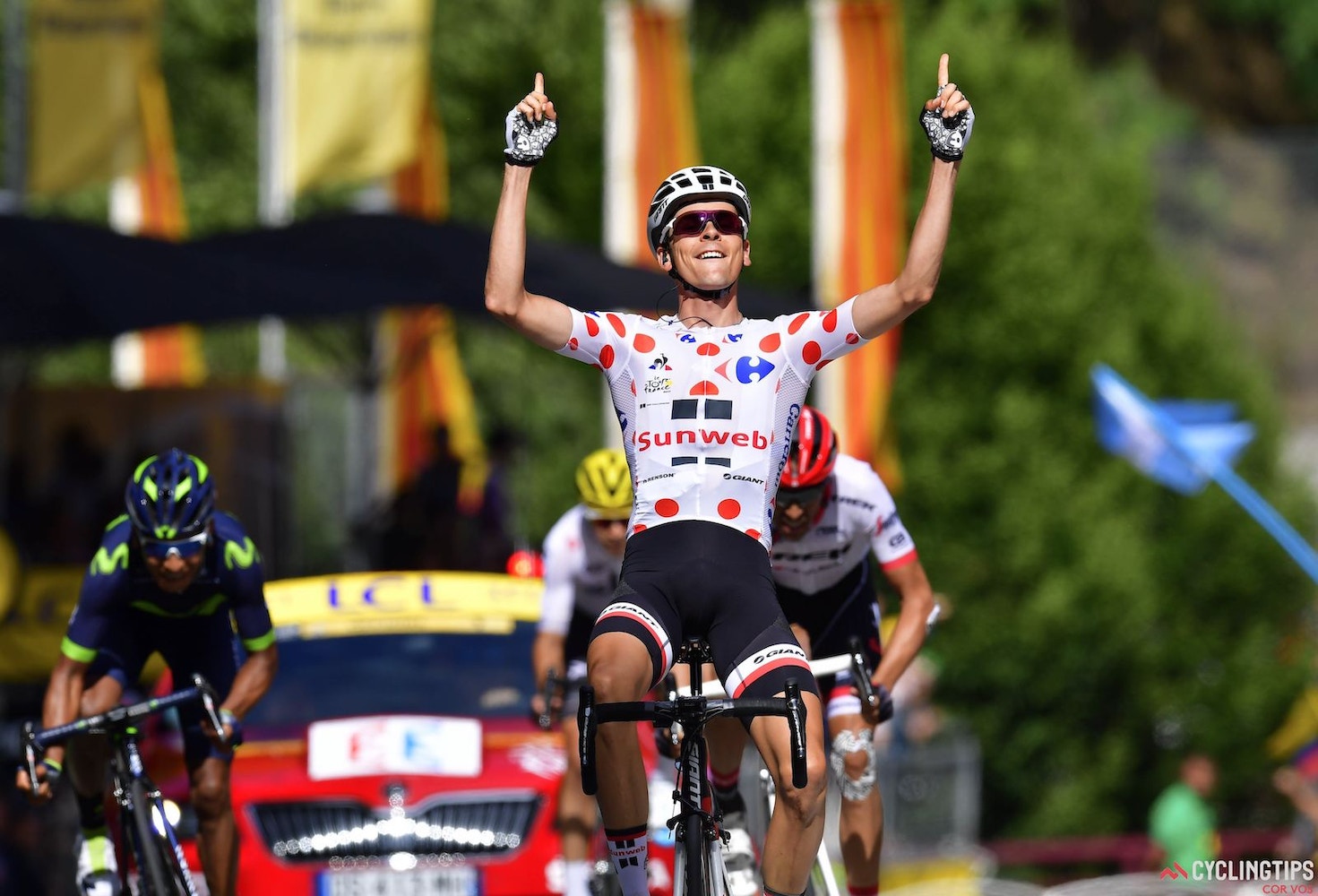 Frenchman Warren Barguil (Sunweb) was victorious on Stage 13 of the Tour de France on Friday, out-sprinting Nairo Quintana (Movistar) and Alberto Contador (Trek-Segafredo) on a technical finale out of a breakaway group of four riders that also included Team Sky’s Mikel Landa.

Barguil, clad in the polka-dot jersey as King of the Mountains, crossed the line first amid raucous crowds on Bastille Day, the first French stage win at the Tour on their national holiday since 2005.

The win came as vindication for Barguil, who was denied victory on Stage 9 after a photo finish determined Rigoberto Uran (Cannondale-Drapac) had narrowly beaten him.

“It’s exceptional to win on Bastille Day, I’m super happy.” Barguil said, ecstatic after his win. “I saw that Contador was attacking, and I got onto his wheel. I took the outside of last corner, and I was the quickest of the four riders. I’m super happy. To beat Alberto Contador is an exceptional feeling, he’s always been one of my idols, so to beat him is amazing.”

The finish in Foix came at the conclusion of a short but difficult day — only 100 kilometers, but with three Category 1 climbs. The finish came after the descent off the final climb of the Mur de Péguère, and a 10km flat run-in. The final kilometer delivered multiple corners, requiring the winner of the day be not only strong, but technically astute.

Landa moved up a position on the general classification for his efforts on Stage 13, now just 1:09 behind Aru, while Quintana moved into eighth overall, 2:07 down. Aru retains yellow, with six seconds over Froome.

Dane Jakob Fuglsang (Astana), winner of the Criterium du Dauphine in June and a critical domestique for Aru, was forced to abandon after a Stage 11 crash resulted in a fractured wrist and elbow.

“It was a spectacular day, it was a great day, I’m just smiling, I’m so happy.” Said Aru after the finish in Foix. I just tried to stay calm, without stress. It’s bad news that Fuglsang abandoned. We saw the crash two days ago. It’s a big loss for us. We’ll recover tonight and try to look after this jersey tomorrow.” 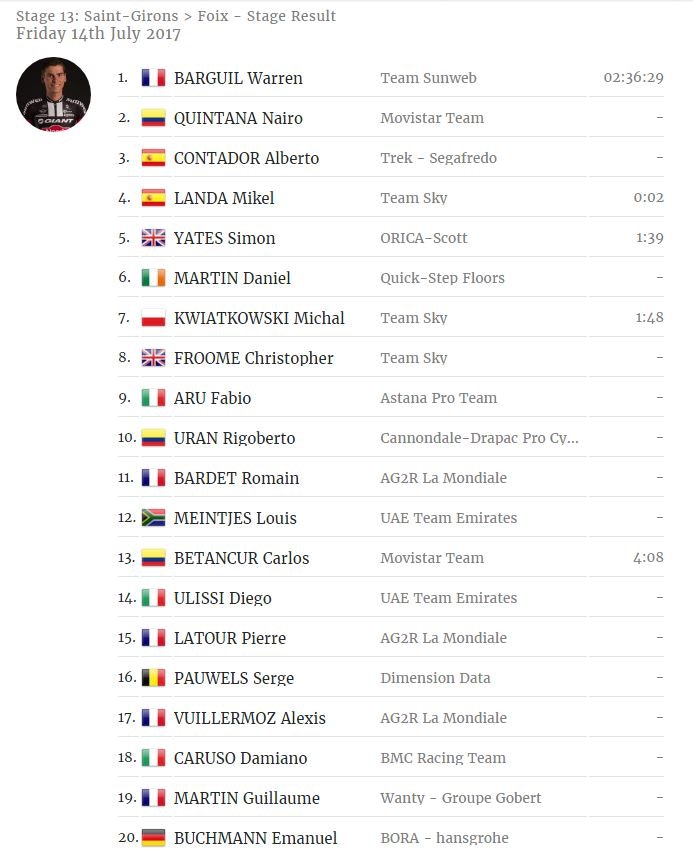