Specialized at the Tour de France 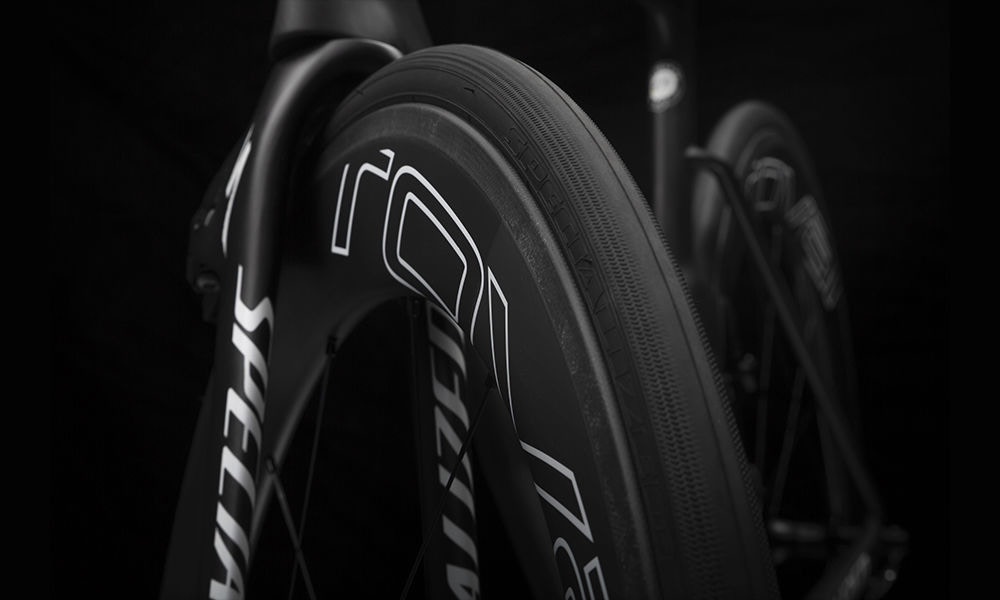 The Specialized Tarmac is the weapon of choice for GC contenders in Grand Tours. Nibali and Contador both favor the Tarmac for its stiffness and light frame weight, its “perfection in performance”. Each size frame of the Tarmac is developed independently, which means that a 51cm frame isn’t just a smaller version of a 56cm. The same can be said for the bigger frames, ensuring that the ride quality is second-to-none and the fit will be perfect for riders of all shapes and sizes. The concept is referred to by Specialized as “Rider-First” and has been inspired by the bike brand’s partnership with McLaren.. The Specialized Venge is an amalgamation of the Shiv’s aero body (see below) and the Tarmac’s stiffness. The new version has been launched in time for the 2015 Tour and has been four years in the making. It can reportedly save 5 minutes over a 25 mph course when combined with the full S-Works package (shoes, helmet, skinsuit etc...) when compared to the Tarmac.

A bike built for the flat lands, Cavendish, Renshaw and Sagan all favor this model over all else. The technology which has gone into the bike has had the simple of goal of making it as stiff and slippery as possible. The new Venge has integrated everything. The new brake design is hidden from the wind saving watts, and the integrated handlebar / stem set up makes for a very clean front end. The name of this bike kind of gives away why it was designed. The Specialized Roubaix is a classics bike and one built for toughness and endurance. The unique frame construction aims to dampen road vibration and make for a more compliant ride whilst still being able to offer a stiff and light bike. Boonen and Terpstra have both ridden this bike to great success in their spring campaigns and with pavé returning on Stage 4 to the 2015 edition of the Tour de France, the Roubaix will once again be in action. The Specialized Shiv has had a presence in the peloton for more than seven years, yet it still remains one of the front runners of Time Trial performance. Tony Martin has won multiple championships on board this rocket ship and he sure doesn’t look like slowing down anytime soon. The frame is incredibly stiff, but its advantage lies in the integrated frame design and aero tube profile. An individual time trial as well as a team’s time trial at this year’s Tour de France will ensure the Shiv gets it’s time to shine. Thanks Graham Watson for the great photos