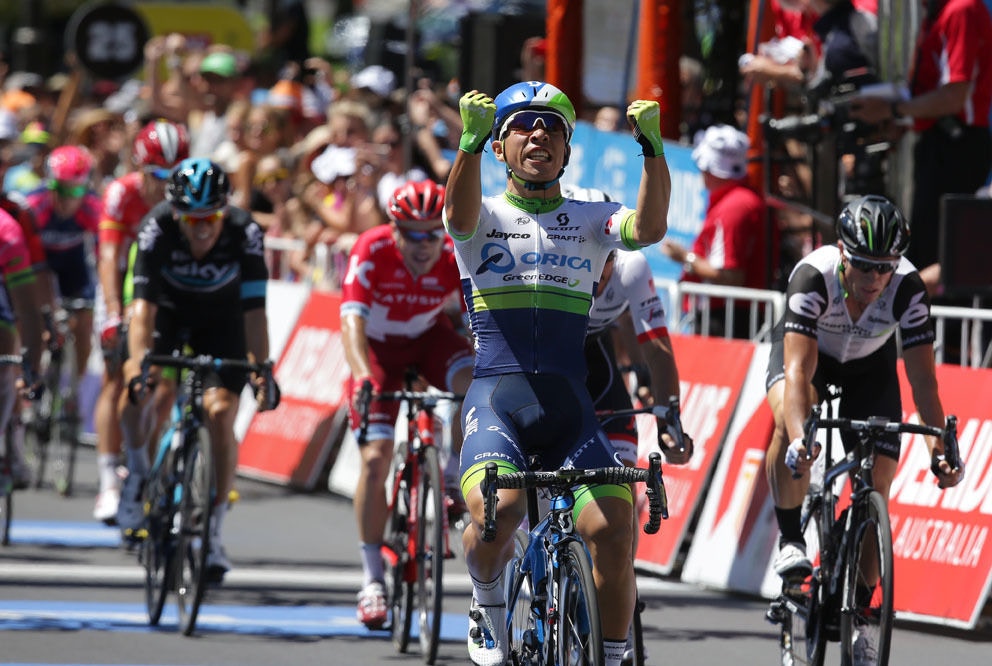 ADELAIDE, Australia (CT) – Caleb Ewan has wrapped up a dominant week for Orica-GreenEdge at the Santos Tour Down Under, winning the final stage as teammate Simon Gerrans secured the overall victory for a fourth time.

Ewan dashed to a comfortable victory in the city-center circuit race, winning the bunch sprint by several bike lengths despite being slightly out of position in the run-in. Mark Renshaw (Dimension Data) finished a distant second while Giacomo Nizzolo (Trek-Segafredo) completed the podium.

“I actually got caught a fair way back coming [into the final miles],” Ewan said post-race. “Ideally I wanted to be in the first maybe eight wheels but I was way back in the bunch and I had to dive in the inside of the corner and I locked up a few times and it was a little bit sketchy but luckily I got into the position I wanted to.

“My team came up in the end to help me and they placed me behind Sky and that was the perfect place to be.” Several small breakaway groups got clear throughout the 56 mile race but with many teams keen for a bunch sprint, the race was destined to come back together. The race’s last breakaway — featuring Maarten Tjallingii (LottoNL-Jumbo) and Lieuwe Westra (Astana) — was caught just inside the final two laps as the sprinters readied themselves for the final dash.

Simon Gerrans finished comfortably in the bunch, ensuring he maintained his overall lead and secured his fourth Tour Down Under title. No other rider has won more than two editions of the race.

“We had a dream run this race,” Gerrans said after the stage. “Caleb book-ending the race with the first and the last stage win, obviously the overall, I think we got the sprint jersey …”

“I don’t think we could ask for a lot more than that.”

In all, Orica-GreenEdge took four wins from six stages — two to Ewan and two to Gerrans — with another Caleb Ewan victory in the People’s Choice Classic criterium last Sunday. Targeting stage wins and the overall was a risk, Gerrans said, but one that paid off.

“I think everybody really had to step up to the plate this week with two objectives in the race, with going for sprints with Caleb and the overall with myself,” Gerrans said. “Often you see teams want too much [and] they come away with nothing so it was a bit of a risk. But everyone did exactly what was asked of them and then some.”

“Every one of my four victories has kind of been equally as important and to be totally honest with you, this feels just as good as the first one did,” Gerrans said. “It’s a race that’s such high caliber these days and it feels like the level of the race increases every year.

“So this fourth one, although I think it was my largest winning margin, it was still less than 10 seconds so it’s a closely fought race.” The final stage of the 2016 Tour Down Under saw 135 riders take to the centre of Adelaide for a 56 mile race comprising 20 laps of a 2.8 mile circuit. Four riders broke clear from the gun — Laurens De Vreese (Astana), Lieuwe Westra (Astana), Adam Phelan (Drapac) and George Bennett (LottoNL-Jumbo) — with Etixx-QuickStep’s Carlos Verona soon joining them out front.

They built a lead that never got to beyond 30 seconds as Orica-GreenEdge did what they’ve done all week, controlling the pace at the front of the peloton. On lap 4 of 20 the race was all back together, prompting Maarten Tjallingii (LottoNL-Jumbo) and Thomas De Gendt (Lotto Soudal) to make a move.

Nathan Earle (Drapac) and Lucas Hamilton (UniSA-Australia) tried to bridge across but weren’t able to make contact before being recaptured by the bunch.

A crash on lap 10 saw Floris Gerts (BMC) and Yoann Offredo (FDJ) hit the tarmac as Tjallingii and De Gendt reached the halfway point of the race with a 31-second advantage over a peloton led by Trek-Segafredo.

IAM Cycling and UniSA-Australia contributed to the chase through the middle laps of the race, as too did Ag2r La Mondiale, the leaders being kept under close watch.

But the pair spent less than two laps off the front as Tinkoff started contributing to the chase. The race was all back together just as lap 19 started as Lotto Soudal, Etixx-QuickStep and Tinkoff lined themselves out at the front.

The Orica-GreenEdge sprint train found itself out of position in the final mile but it didn’t matter for Ewan who made his way up on his own before dashing to a comprehensive victory. Simon Gerrans, meanwhile, finished 11th, sealing his overall victory in the 2016 Santos Tour Down Under.

The Australian summer of cycling continues next weekend with the Cadel Evans Great Ocean Road Race. The next WorldTour race of the season will be Paris-Nice which begins on March 6. 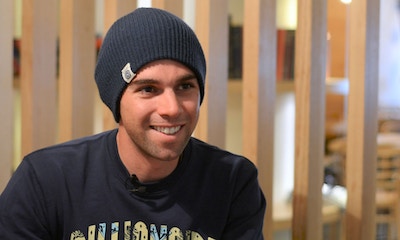 We had a chat with Bling Matthews who is back in Australia to prepare for the Australian summer of racing ...