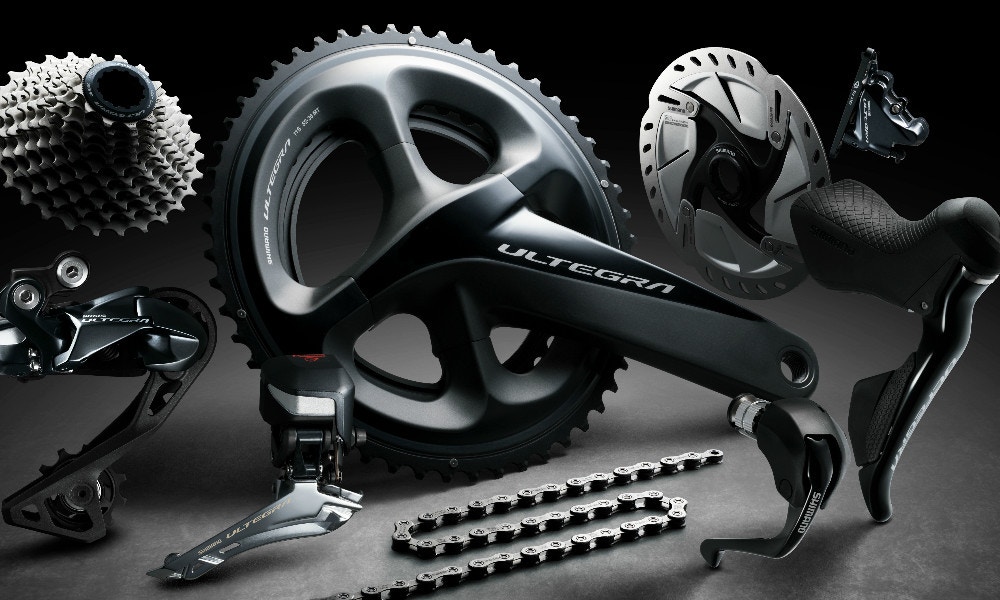 Ever since the launch of the new Shimano Dura-Ace last year, we've been waiting with great anticipation to see if and when Ultegra would follow suit. The great news for many is that a new Ultegra groupset, along with new pedals and two new lightweight wheelsets will soon be available with many of the same features as the top-tier groupset.

We've broken down the top ten things you need to know about the new groupset. In June 2016, Shimano released details of the [new Dura-Ace[(/blog/shimano-dura-ace-2017-ten-things-to-know) with plenty of upgrades including changes to the shapes and dimensions of the groupset, a beefed up crank arm, the inclusion of the angular 'shadow' rear derailleur, wider gear options and the introduction of Synchro Shifting to the road market. As we had expected and hoped for, the new Ultegra groupset features much of this trickle down technology, mirroring the advancements we saw to the Dura-Ace groupset 12 months ago.

Much like the new Dura-Ace, the new Ultegra groupset has four options to choose from. The new crankset heavily resembles the Dura-Ace 9100 in appearance with a redesigned asymmetric crank arm, with a beefier-looking Hollowtech II 4-arm design for stiffer power transfer. The new design sheds a fraction of weight compared to the previous design, (674g, 50-34T compared to 676g previously) and is only a tick over 60g heavier than the Dura-Ace R9100 (609g). The crankset’s outer chainring features Shimano’s Hollowglide technology for a rigid yet hollow structure to cut down on weight and maintain strength for the precise front shifting Shimano is known for.

One thing yet to be mentioned is if the new Ultegra groupset will feature an option of Shimano’s new unobtrusive, dual-leg power meter. Given the previously announced Dura-Ace version is still yet to hit the shelves, we won't risk holding our breath for the Ultegra unit. For those unfamiliar with the system, Synchro Shift is an automated shift response of either the front or rear derailleur based on the gear you select. Any rider that used early editions of hydraulic shift levers can attest to them feeling bulky, but thankfully, the new Ultegra R8000 hydraulic and rim brake levers feel and look almost identical to each other. The new hydraulic levers (R8070) step up from the previous non-series R785 levers with less bulk, greater reach and free stroke adjustments.

The mechanical shifting levers feature polymer-coated cables for light shifting operation and the new design does away with the in-line barrel cable tension adjuster of the front derailleur and instead offers an Allen key adjustment for easy, precise and accurate cable tension setting. It's a small thing, but mechanics the world over are already loving this new feature in the new Dura-Ace R9100.

Not to be outdone, the electronic levers get a few upgrades too. One such improvement many Di2 users will appreciate is the more defined feeling click to offer quick and precise shifting with gloves. The levers also include the 'secret' top-of-the-hoods buttons for remote shifting, which can be programmed to shift gear or to control additional devices such as compatible computers or lights. The new 'Shadow' rear derailleur we saw on the new Dura-Ace, and previously seen in Shimano mountain bike ranges, features on the R8000 groupset with a low profile that sits further inboard for improved aerodynamics and less chance of getting damaged in the event of a crash or bike drop. The rear derailleur comes in a short cage (SS) design to cover 11-25T to 11-30T cassette ranges and a longer cage (GS) design to cover 11-28T to 11-34T.

Fully embracing Synchro Shifting for time trials and triathlons is a pair of dual control Ultegra 8060 levers that plug into the ends of the bar extensions to offer braking and simplified shifting. The design offers a new dimension for TT/Tri riders by simplifying the shifting operation. One shift button and the switch box of the unit have been removed, making the design smaller, shorter and more aerodynamic.

Alternative options are still available but we think it's only a matter of time before both TT extensions and bar extension feature this one shift button operation and rely entirely on Synchro Shift.

The progression of road specific disc brakes continues with new Ultegra hydraulic braking options, providing advanced stopping power in a slim road bike profile. The rotors feature distinctive enclosed disc fins which allow a greater surface area for heat dissipation. A pair of R8070 disc calipers is claimed to weigh 280g plus 212g for a pair of RT800 rotors. As a rough comparison (not accounting for wheel weight differences) compare this to 360g for a pair of Ultegra R8000 dual pivot rim brake calipers.

As well as the dual-pivot design, Ultegra’s new rim brake calipers also come in a direct-mount design. Both designs are compatible with up to 28c tires and feature sleek designs with narrower gaps between the arms. The dual-pivot design features a stabilizer between the arms to reduce flex and improve braking efficiency. Meanwhile, the direct mount design connects directly to compatible frames to reduce weight and increase overall performance.

10. New pedals and wheels too Not content with an entirely new groupset, Shimano has also released two new wheelsets and a new pedal to compliment the new Ultegra line-up.

The two new lightweight wheelsets include the tubeless carbon-laminate WH-RS700 rim brake wheels (which replace the Ultegra WH-6800) and the tubeless WH-RS770 disc brake wheels with road e-thru axles. New hubs (HB/FH-RS700/770) at the center provide a weight saving of almost 60g compared to a pair of Ultegra 6800 hubs. While the rims use a new carbon lay-up procedure to create a rim brake wheelset that comes in 80g lighter than its predecessor.

According to Shimano, Ultegra R8000 components (and equipped bikes) will start to arrive from August 2017 with prices yet to be confirmed. 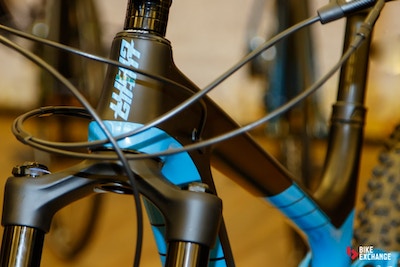 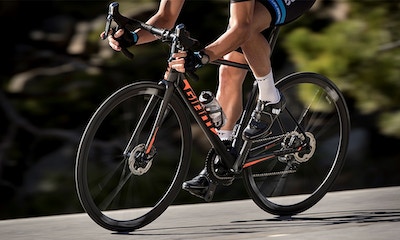 Giant have released details of some of their 2017 road performance range. Here's a look at the 'early release'. ... 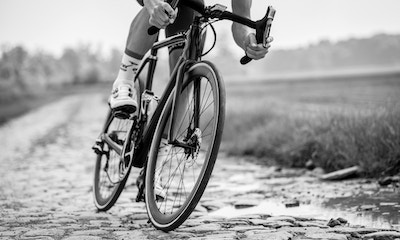