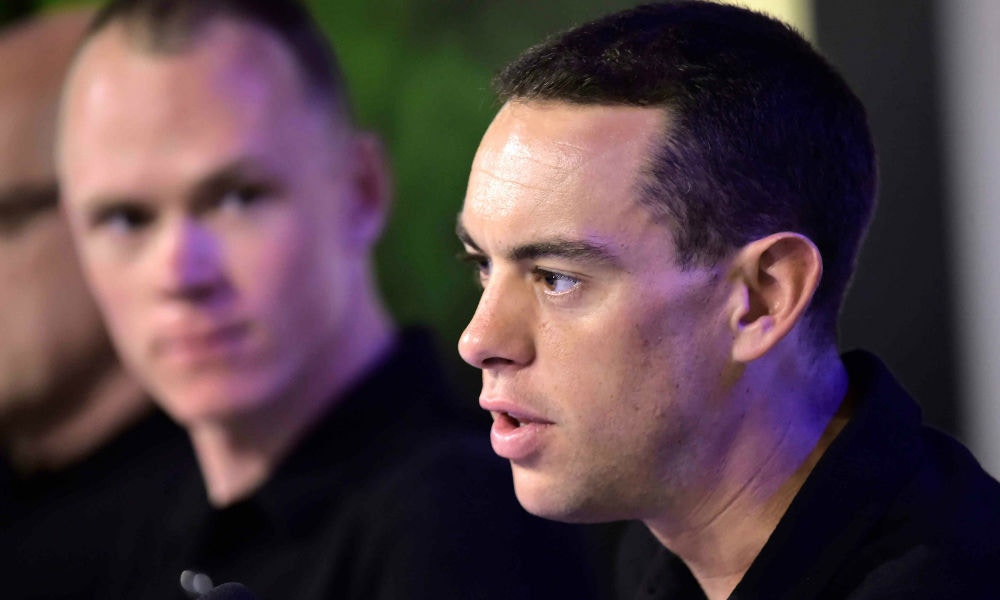 During the Tour de France. Some will argue there are more entertaining races during the year; but there is no doubt none are as big.

Like any pinnacle sporting event, pull out a big result at Le Tour and you will turn heads. So when you’re a rider like Richie Porte and you’ve stated your intention to not re-sign with team Sky, that is a bit of a big deal. Not that people were necessarily saying this a week ago.

After a disastrous Giro d’Italia and now losing time on GC faster than Orica-GreenEDGE were losing riders, pundits and fans alike were continuing to write the Tasmanian off as a Grand Tour rider. This is misplaced (at least in my view), but the rider who still sits third overall in the UCI 2015 points rankings was placed back in the ‘close, but not close enough’ category as far as a team leader goes.

This all changed in the team on stages 9 and 10.

You haven't even touched the sides! Check out all our bike videos, news, reviews, interviews and tales here

Pulling huge turns in the team time trial and then finishing second behind his team leader Chris Froome, suddenly there is a lot more interest in where Porte could be heading. Post stage 9 he admitted his destination was “cycling’s worst kept secret” – only this is not like the Wiggins to Sky transfer of 2009. The word on the street is that the destination is BMC. However let us explore what other teams could be in line for his signature.

• Orica-GreenEDGE. Obviously. With the foundations being laid for a Grand Tour team, adding a rider like Porte would be an enormous step forward. It would also be a huge boon in their bid to add a second-tier sponsor (one they would need if there was any chance of being able to offer a wage close to what Sky could have or BMC will have offered). There is also the question of squad depth. The Yates twins, Esteban Chaves, Simon Clarke and Pieter Weening are about as deep as they go for support in the high mountains. A General Classification threat needs more than that. And while this off season looks like it could be another ‘buyer’s market’ for teams, high quality climbing domestiques (like Mikael Landa) have reputably already been snapped up. Richie is a proud Aussie – but that doesn’t help if isolated half way up climbs stage after stage.

• Trek Factory Racing. They have made no bones about the fact they’re looking to also establish themselves again as a GC force. Signing Bauke Mollema was a step towards that goal and no doubt they are still looking to add more. Arguably stronger than Orica-GreenEDGE in what support they could provide a rider like Richie, Trek themselves have also shown a strong desire to help maximise the team’s competitive advantage. Matching the wages offered elsewhere would still be a sticking point.

• Tinkoff-Saxo. Back to the future for Richie? The team that gave him his ‘big break’ now have a billionaire owner, so wages would not be an issue. Alberto Contador has also said 2016 will be his final year and they have a terrific support in the form of riders like Michael Rogers and Rafal Majka. Concerns would be around the latter looking for his own leadership opportunities and how the team would be balanced given they also need to fit a guy called Peter Sagan in to their Tour squad. With recent rumblings of discontent from the Slovak champion, that could be enough to persuade Porte to look elsewhere.

• Etixx-Quickstep. Word on the street is Michal Kwaitkowski is gone and so seemingly is Mark Cavendish. Big losses, but they do open a sizeable hole in the roster (and payroll) for a big name signing. Rigoberto Uran (still yet to re-sign) and the rapidly improving Alaphilippe could form the core of mountain lieutenants. Team manager Patrick Lefevere knows cycling better than almost anyone, so adding more supporting riders would not be impossible. Most will agree it would still be a surprise move. Only being offered a leading role in a team this big is nothing to be sneezed at… If there was not at least a discussion between the two parties I would be surprised.

• Team Sky. Would be remiss of us to not give the current employers a look. They have the budget, riders and security of sticking with what you already know. Only they also have a rider who just made the peloton look like a rag-tag bunch of club riders up the steepest climb of the Tour. Richie clearly wants to be the main man coming in to a Tour and that isn’t going to happen at Sky. It is why he’s said he is leaving. And in spite of years of following the English Premier League telling me it’s not over until that contract is signed, I cannot see a last-minute change of heart occurring.

• BMC Racing. They tick nearly every box that the others do not. At least in public. Offering everything Sky has, short of some of the truly cutting edge ‘marginal gains’. And although riders in the past have been paid very well to bring this information with them when switching away from Sky, BMC want Richie for more than just trade secrets. In spite of a truly impressive first week, Tejay van Garderen again showed in stage 10 why his role as sole team captain is questionable. Losing two and a half minutes in one stage does not a Tour de France winner make. While he won’t be thrilled with Richie’s potential signing, you hope he appreciates why team management feel the need to add a ‘Plan B’ to their 2016 Tour de France squad.

There are other teams you could also speculate could (or probably should) have been in touch with Porte’s manager. Katusha need a replacement for Joaquim Rodriguez. Lotto-Soudal have an impressive, but aging, Andre Greipel and no real GC threats. And Cannondale-Garmin don’t seem to know which way is up, let alone which rider they should be riding for. Richie however would have probably ‘swiped left’ when their picture appeared – so my guess is the choice will be out of the half dozen suitors above. BMC are leading the charge, but the Tour is the Tour. No one saw a Chris Froome’s data hack coming. Richie might surprise us all come rest day two.

Don't miss out on all the news - subscribe here