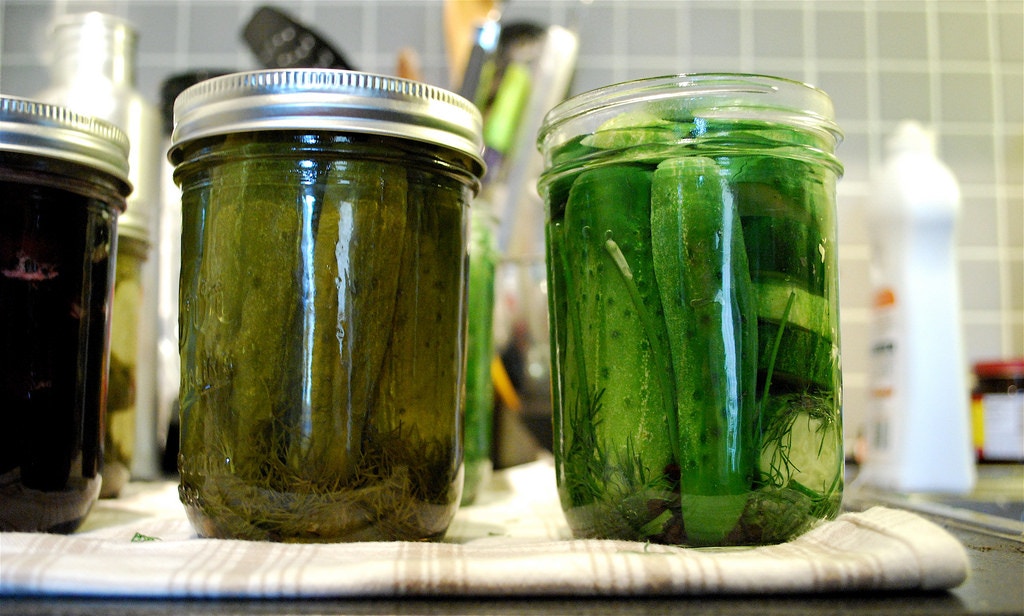 The exact cause of muscle cramps is not well understood and the cure is possibly more of a mystery. Many snake oils have been marketed to fitness fanatics, however new research, anecdotes and products have seen pickle juice on the rise as one of the most effective remedies. Does it work? Our diet and nutrition expert Alan McCubbin looks at what’s out there and gives his take on this unexpected cure for cramps.

I’ve written about cramping for cyclists before for CyclingTips, almost five years ago to the day in fact. Back then, I discussed that the traditional thinking about the causes and solutions to cramping (dehydration or electrolyte deficits) are almost certainly not scientifically correct, at least for Exercise Associated Muscle Cramping (EAMC). And nothing over the past five years has changed that view.

But what has changed is an emerging line of scientific research into other nutritional ways to prevent or treat cramping. And this is where pickle juice – that briny, vinegary liquid left over in the jar after you’ve eaten all the pickles, becomes a potential sports nutrition tool.

I first became aware of athletes using pickle juice to treat cramping shortly after the London Olympics, when colleagues at the Australian Institute of Sport had discussed it in a conference presentation. Apparently the Australian team paid a visit to the McDonald’s in the Olympic Village at the end of each day, asking the bemused staff for their empty pickle jars, from which they’d extract the juice to give to athletes the following day.

Listen to one of Australia’s most respected sports doctors, Dr. Andrew Garnham, talk about the causes of cramping, and pickle juice as a remedy

But the anecdotal use of pickle juice to treat cramping goes back at least 15 years prior. In a 2000 issue of Training & Conditioning, Richard Williams, then the Athletic Training Program Director at the University of Northern Iowa, commented on “…media reports of professional athletes using pickle juice or mustard to prevent and treat exercise-associated muscle cramps.” He went on to say “We have been using pickle juice to prevent and treat muscle cramps at the University of Northern Iowa for the past three years”.

And a further observation that laid the foundation for the science to follow: “Additionally, we have treated muscle cramps by giving two ounces (60mL) of straight vinegar to athletes who were experiencing an exercise-associated muscle cramp… vinegar is the obvious common ingredient in both mustard (which is used by some athletic trainers) and pickle juice.

But, as yet, there is no experimental research that has explained the mechanism of how these treatments work”. Williams also presented a case report of a basketballer who consumed pickle juice when he suffered severe calf cramps in the first half of a game. The cramping ceased within 30 seconds and he continued to play unimpeded until the last five minutes of the game, when he cramped again. He took another 60mL and again the cramping ceased within 30 seconds.

It wasn’t until almost a decade later that Kevin Miller, a PhD student at Brigham Young University, examined the effect of pickle juice scientifically. He induced EAMC-like cramps in participants using electrical stimulation (for an explanation on why this method is used read my previous piece on the topic). In each trial, participants drank either 1mL of pickle juice for every kg body weight or the same amount of water, right at the moment the cramping started.

He found that the cramps resolved around 45% faster after drinking pickle juice compared to water. This also compared favorably to cramps that were induced in the same way 30 min earlier, but with no pickle juice – in this case those earlier cramps lasted about twice as long as those experienced when the pickle juice was consumed. This finding was subsequently published in 2010.

Miller has gone on to publish a series of studies looking at the potential of pickle juice for athletes. Among his findings:

Drinking pickle juice in the amounts needed to relieve cramping did not cause any significant changes in fluids and electrolytes in the blood, meaning it won’t interfere with other elements of an athlete’s sports nutrition plan.

Drinking pickle juice may slightly increase thirst, but does not cause any hydration-related issues due to its high sodium content.

Drinking pickle juice before exercise did not affect performance, hydration or sweat losses during running in the heat. This protocol was not one that was designed to induce cramping, simply to see if pickle juice had any unintended detrimental performance effects.

So if pickle juice appears to work to relieve cramping, what’s actually in it and how does it work? Looking on the label of any jar of pickles, the main ingredients that make up the juice are vinegar and salt. Miller and his colleagues hypothesized that the reason pickle juice was being effective was because of a reflex triggered by acetic acid (vinegar) in the mouth or the upper esophagus. This reflex in turn affects the nerves that send signals from the brain to muscle fibers.

The details of how this works are now claimed to be understood by another two researchers, neurobiologist Bruce Bean and neuroscientist Rod Mackinnon. Following an ocean kayaking trip that ended in severe cramps and near disaster for both men, they set out to discover the cause of, and solution to, EAMC. Their conclusion has yet to be published in a peer review journal, because they’ve been commercializing their findings into a proprietary product for athletes. But it has been presented at several conferences over the past 12 months, with full publication expected soon.

Their conclusion – that the vinegar in pickle juice stimulates Transient Receptor Potential (TRP) channels and Acid Sensing Ion Channels (ASIC) in the mouth, esophagus and stomach. Because a strong stimulation of the nervous system in one way tends to reduce the activity of other parts of the system, their findings suggest that stimulating these receptors then relaxes the nerves that control muscle fibres, effectively ending the cramp.

They also noted that there are multiple types of TRP receptors which respond to different things – some to acids like the vinegar in pickle juice, others to the compounds in chilies that make them spicy, and others to components found in wasabi, mustard oil, cinnamon, garlic and others. The researchers then founded their own company, formulating a proprietary blend of ingredients into a product, designed to maximally stimulate these receptors. They claim that their product can reduce the intensity of cramps threefold, with an effect that begins after 15 minutes and can last up to 6-8 hours after consuming it.

Another team of researchers outside the company have arrived at similar findings using the product, but again whilst this data has been presented at scientific conferences, it’s yet to be published.

For years people have been perpetuating the myth that dehydration and electrolyte losses cause EAMC. Despite this there was, and still is, minimal scientific evidence to support these claims. EAMC seems to stem from the nervous system itself rather than the muscle. And yet again, athletes and coaches beat the scientists to the punch by about 15 years, experimenting with vinegary foods to prevent or treat cramps at least as early as the mid 1990’s.

Now we finally seem to have a scientific explanation and evidence to support this practice – by strongly stimulating receptors in the mouth, esophagus and stomach with sour, spicy and pungent foods, a reflex in the nervous system subsequently relaxes the nerves controlling muscle contraction to reduce the cramp. Whether pickle juice or other homebrew options can be as effective as the shiny new product for preventing or treating cramps will probably take some time to ascertain.

I suspect eventually someone will work out a reasonable homemade formula and publish it online (you can’t patent foods, ingredients or recipes). But in the meantime, I’d be interested in your comments – have you tried pickle juice, mustard or related products on the market? Do you think it worked? Would you take something to prevent cramps, even if it the taste was unpleasant?