The Voice and Face of the Tour 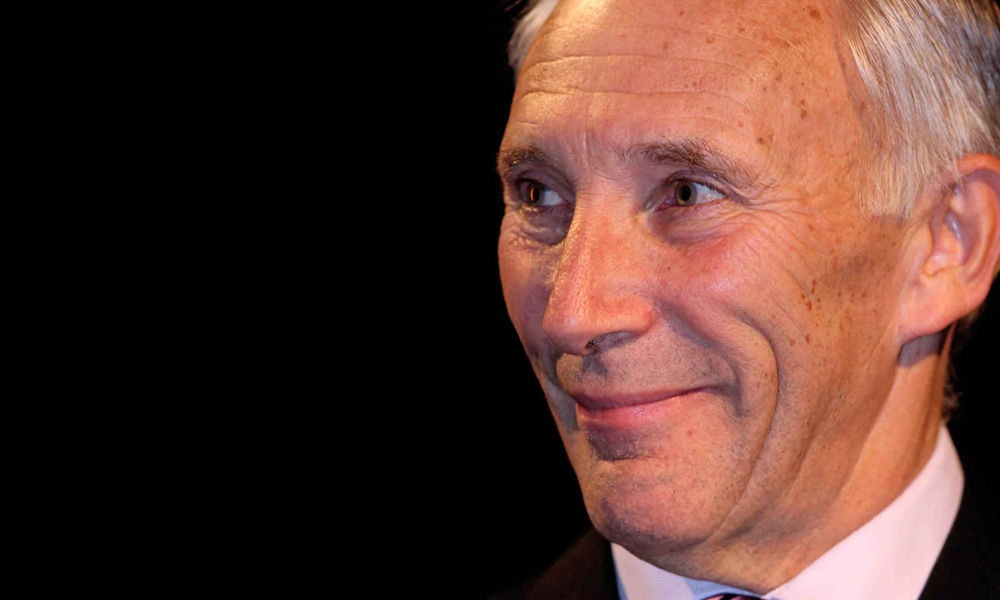 Think of Phil Liggett and think of the greatest races in modern-day cycling history. He hasn't ridden them all, but he's certainly called most of them, and done it in such an imaginative and fresh way that we've all become fans.

We were lucky enough to catch up with the great man himself during this year's Tour Down Under. Here's what he had to say.

When did you first get into cycling?

I was 15 when I first started to ride a bike on the Wirral peninsular, which is near Liverpool. I did it to simply get around as there was no car in the family and I enjoyed fishing in the local fields. Then my best friend asked me to go cycling with him as he had joined a touring club. I stayed with the club for two years and rode my first race at 17. After that I worked to become a pro, but I finished up being a journalist instead and never signed the pro contract I earned in Belgium.

What led you into commentary?

As a journalist, I reported many of the top races in the UK. With no one on the mike to tell people what was going on I found myself doing it for fun and no pay. Radio networks asked for reports occasionally and then a great friend of mine who was already the cycling TV commentator for ITV asked me to drive him on the Tour de France in 1973. Five years later, and with no ambition to do TV, I was offered the position when David Saunders, my friend, was killed in a car accident. So my career began in April 1978.

What is the single most important attribute for a commentator?

Well, I was only given one line of advice which was "be yourself", and I've worked to this ever since. I think the most important thing for me is to engage the audience and help them enjoy the program. There are plenty of experts who know more than I do, but do they make the program enjoyable?

Do you have a stand-out Tour de France, and why?

For me it will always be the victory in 1989 of Greg LeMond over Laurent Fignon. LeMond won the race by eight seconds in the final time trial and I'd predicted he would win by six. ITV's producer then shouted in my ear: "Next time, Liggett, get it right!"

It puts pressure on me, I suppose, to think of more! The truth is, when I watch TV I see things in the picture and match with words or a phrase. I never go to air with a list of phrases and try to work them in. I've seen a book on my phrases and can't believe I said them. It's all very flattering.

What have been the biggest game changers in the Tour de France?

What's the one ride that should go on all cyclists' bucket lists?

Oh, gosh, this is a tough one. I have been so lucky to have been around the World many times and ride with great people. My favorite ride is around the Cape Peninsular in Cape Town, South Africa (and you can get to do it by entering the Cape Cycle Tour held on the second Sunday in March each year). You have to dodge a few baboons, but to be part of an entry of 38,000 on the most picturesque roads in the modern World, it's worth it.

What thrills you about the World of cycling?

I'm not sure I know! It is a great family and I have done most things connected to the sport - organizer for 22 years of the Tour of Britain Milk Race, UCI International Commissionaire at the 1975 World road title - for example. Having been useless at all sports except cycling, it has been like a brother to me and I am happy to say that the magnet gets only stronger.

How much is media responsible for the rise and rise of cycling around the World?

Well as a journalist since 1967 I have seen plenty of days when my newspaper wanted virtually nothing on a World Championship, but once the UK riders started winning Olympic medals then the main stream media took control and gave it acres of space. The Media comes second after the sport itself became attractive to the kids because of the success it has enjoyed since 2000 in Sydney. But, now, around the World, cycling is taking control and the media has been forced to open its doors to a sport they have struggled to understand because the stories both human and competitive are now all very reportable.

At the TDU welcome event for the public, you mentioned that Jens Voigt was a recent guest at your house. Is it a fine line to walk being a cycling commentator as well as a cyclists' friend/mentor?

I've never really thought about this. It's a fact that I have no friends competing in the sport who are regular visitors to my home. Even in hotels, I only pass the time of day with them and on the Tour de France, as we are a day ahead, I never speak to a rider at all! I am constantly congratulated by media and public for not being a biased commentator. I really have no favorites. I invited Jens to my house when he joined ITV as a weekend commentator on the Tour of Spain last year and he accepted. I don't think we talked at all about his cycling, but about his family and the delights of my local pub! I wouldn't have a problem criticizing him on TV if that was to be the case.

How many days of the year are you travelling?

I'm always scared to find this out, so I don't count them. I suspect I spend less than three months in any year in my Hertfordshire home. Two years ago I flew 212,000kms and last year, I cut it back to 191,000. I'm well known at the airports!

Do passion and stress come in equal parts in your job?

I guess they do. The passion is just that, and comes naturally. I don't appear to show stress, but that's because my mind is constantly thinking of the job of the day, so that when I start, I know what I'm doing. My nature is one of calmness and I get even calmer if the people around me are panicking. I have to be organised and expect everyone else to be.

Biggest challenge in your work?

Easy, making sure you get everywhere on time to do the job. Live TV doesn't wait while you park your car or land late from London.

To stay ahead of the game and know your stuff. Also, learn to check everything and make sure it works before you go live. In TV you look after yourself.

Has change been good in the world of cycling?

Cycling as a sport and pastime has always been in a state of change. The sport has moved with the times and led the way in many things - not least drug testing. It has become a streamlined business now and for me not as much fun as it was 40 years ago, when money was not a part of the equation.

Does Phil Liggett ever have to research?

Never a day goes by in my life without checking out results and stats. I developed my own program years ago and put all my information into the computer. I am ready to cover the Tour de France or write an obituary at a moment's notice.

You tend to not even know you have made a blooper, but I can recall when I said here is the World champion, Gerrie Knetteman breaking wind at the front, or these riders are definitely human! This is the steepest part of the climb, and around the corner it gets even steeper. So far, I've said nothing worthy of dismissal and I hope I never do.

Well, in modern times it has to be Jens Voigt. Ask him a question and sit back is all you have to do.

No one really. I don't look up to anybody in particular. Having said that I love a fighter who overcomes all odds to achieve, and emulating such a person is a nice thought.

Do any other sports rate on the Liggett radar?

As a commentator I've done plenty of triathlons - great sport - and at the Winter Olympics I have done ski jumping and Alpine skiing and sledding. I love the skiing races and the skiers are the best characters. Sadly I was not at Sochi having turned down two requests to work at the Games.

How do you keep up your energy levels?

I really don't know. To me it is all part of a day's work - like flying to Australia for just two days. To others they constantly ask the same question. I don't play up in the evenings and make sure I am in bed before midnight. I also ride my bike when I can and just treat my job for what it is....fun. You never tire of having fun.