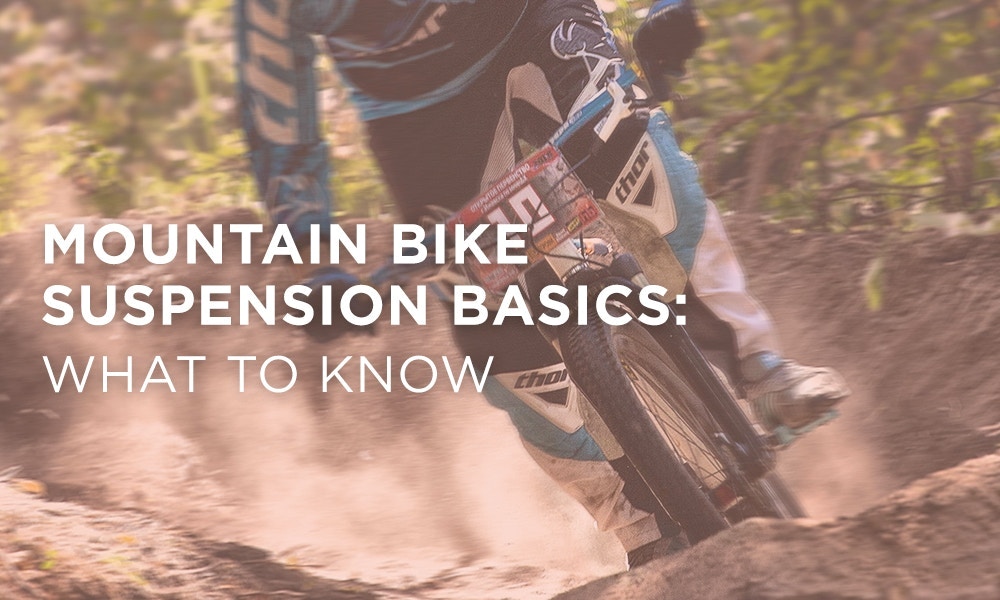 Welcome to the first article of our suspension series! In this first edition, we’ll take you through the basic function of mountain bike suspension and demystify the common features and adjustments on offer. In future articles, we’ll delve into how to set-up your suspension and then delve into some maintenance tips to ensure you get the most out of your bike’s suspension.

Suspension technology has advanced dramatically over the years and will continue to do so, therefore the sheer wealth of information available is seemingly infinite. It certainly takes an expert to understand the intricacies of suspension, but we are here to explain the basic need-to-knows for all mountain bikers. 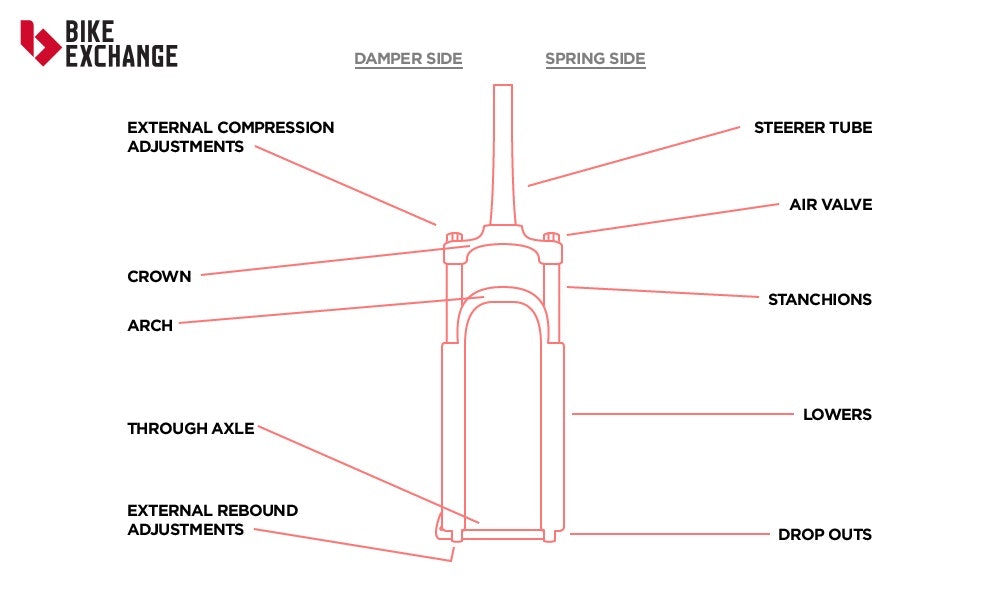 The front suspension, or fork, takes a large majority of the rider’s weight, as mountain biking sees the rider often riding with more weight over the front of the bike. Most mountain bike forks will feature a degree of adjustability, ranging from firm to plush, as well as adjustability in the amount of travel for some models.

There are many aspects that make a suspension fork structurally sound, and typically more expensive forks are better equipped to resist flex than cheaper options. There are a number of ways that brands achieve this, the most popular of which is through using larger diameter stanchion tubes and specific oversized axles to hold the front wheel in place, known as thru-axles.

A suspension fork is based around a spring and a damper - yet it is far from that simple! On lower-end models or the occasional gravity-focused fork, a metal coil spring features.

An air spring is the more popular spring type on more expensive forks, which sees the spring rate controlled by air pressure. The degree of adjustability and tuning is near infinite in an air spring.

The vast majority of suspension forks keep the spring and damper separate, with the spring often in the left stanchion and the damper in the right. 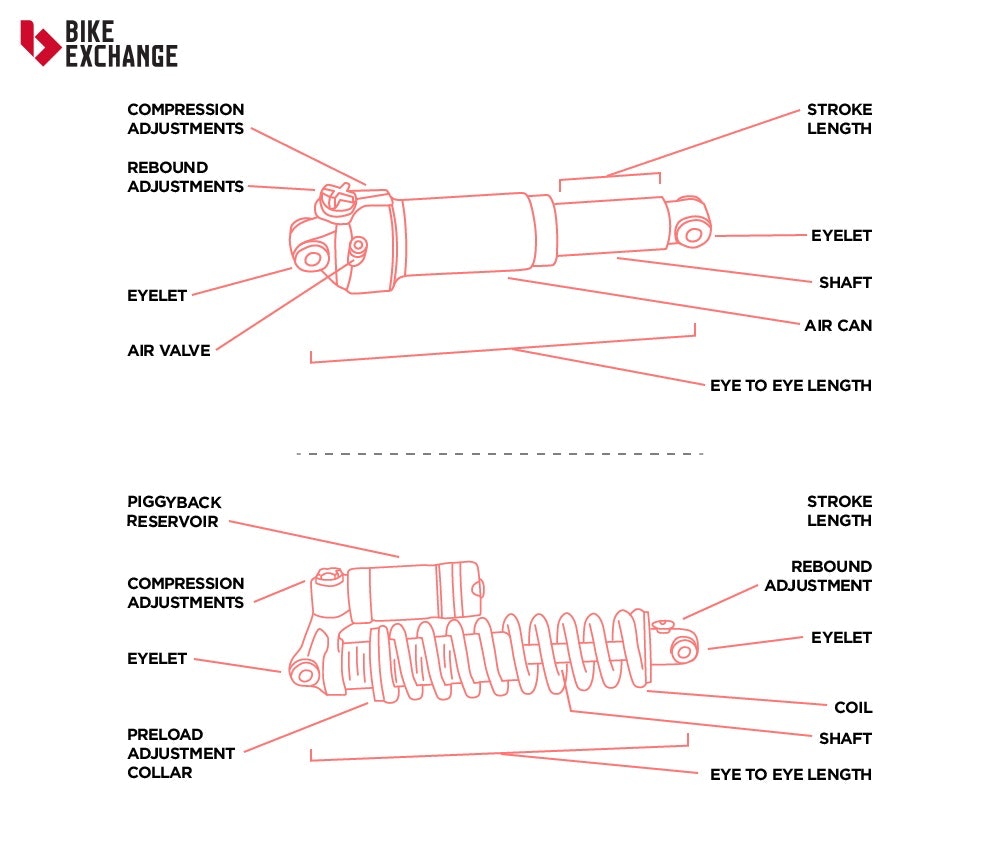 Rear suspension is found on dual-suspension mountain bikes only. You might hear these referred to as ‘full-sus’ or ‘duallies’ in mountain bike vernacular. As the terrain becomes more challenging, a rear shock will absorb the bigger impacts and keep your wheel tracking on the trail, allowing more control and confidence for the rider.

Much of what is applicable to front suspension is also found on rear suspension including the adjustments such as damping and air pressure, however, the shock must be treated in its own context as the setup will be different to the front. 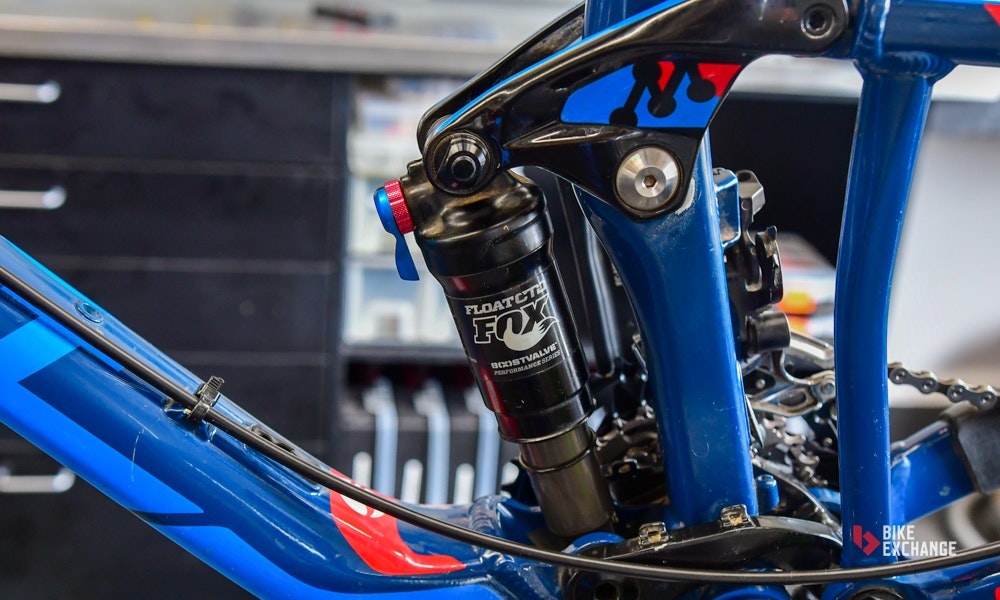 The rear shock sits under the rider usually somewhere between the front and rear triangles. The shock is contained within a pivot system, which uses linkages to allow the shock to move within the frame. Different bike brands have different pivot configurations, but all modern designs do more or less the same thing.

Rear shocks consist of two telescopic tubes which slide into each other which compress under load, housed by the "shock body’’. As with a front suspension, rear shocks can be air or coil sprung, come in different shaft diameters and feature a large amount of tuning and adjustability to suit rider's demands.

Coil sprung shocks are still very commonly used on heavy duty downhill and enduro mountain bikes, as they tend to handle heat better, but come at the cost of less fine-tuning adjustment options and added weight. 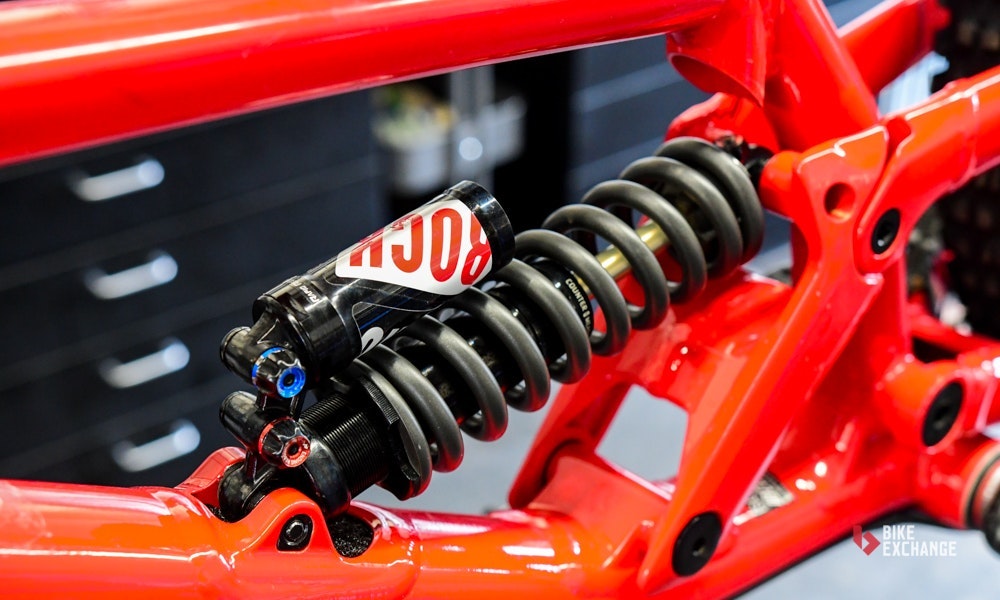 Rear shocks are commonly sized specifically to the frame, with the size, stroke length and dampening options specific for different frame and linkage systems. Be aware if you are wanting to change or upgrade your shock that it will fit your frame and you have the right mounting hardware.

Although most suspension brands offer a similar range of adjustments options, the mechanism to do so will vary. The best way to know what dial to turn or button to push is by looking up your shock on the brand website and reading its instructions manuals, trust us, they are very user-friendly and well laid out with easy to read graphics and instructions.

Different riding disciplines place different demands on the bike and the rider, so the suspension will vary accordingly, with the amount of ‘travel’ - which is the amount the suspension is able to compress (more travel = more give = more impact absorption).

See our table for an explanation of the amount of travel and the corresponding type of bike. 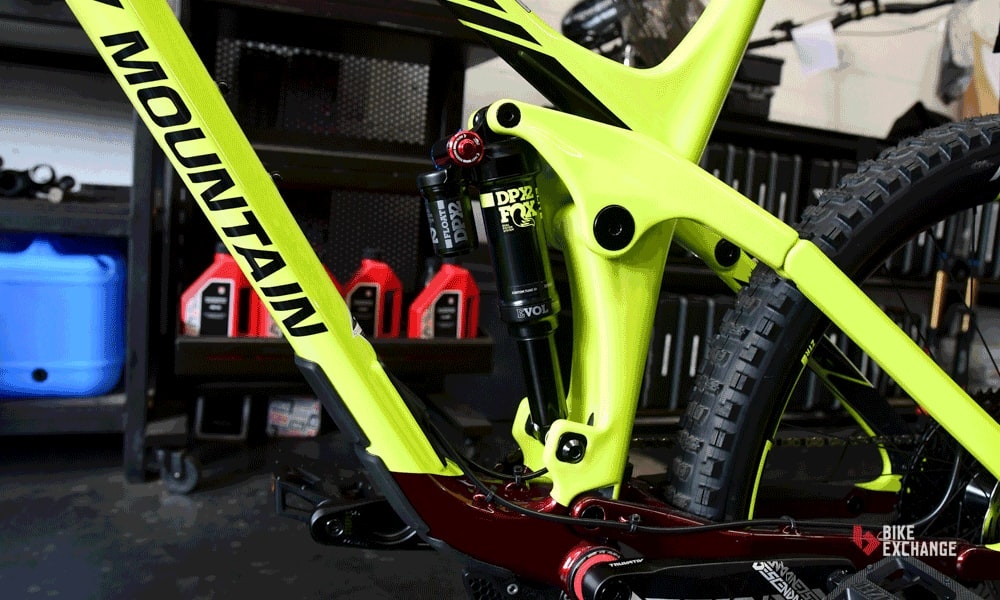 When it comes to front and/or rear suspension, the functions and adjustment options are often very similar. Below we outline what these functions are.

However, these should only be used as a guide, and suspension sag (defined below) remains the proven method for a perfect setup. 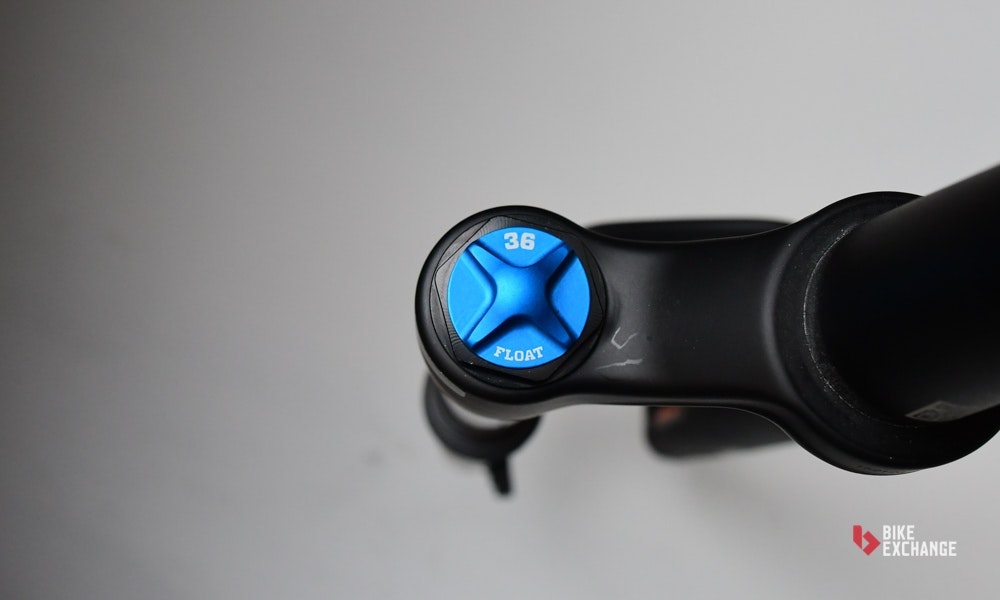 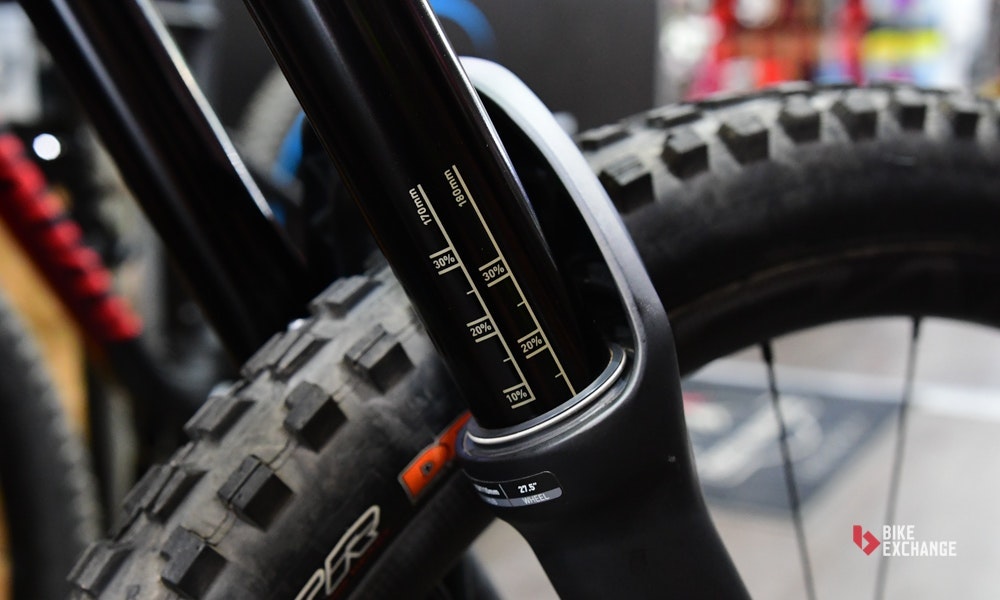 For most air suspension, the shaft of the shock or fork will likely have numbers listed in percentages so you can adjust the air pressure to achieve correct sag, by adding or removing air in small increments using a shock pump.

If such markings are not available, the use of an o-ring (if fitted) or tied rubber band will allow you to measure the sag with a ruler. The sag percentage is based on the total travel available, something that is often reflected in the total visible fork stanchion or shock shaft length.

As a general rule, aim for 15-20% sag in cross-country bikes, enduro bikes around 25% and downhill bikes around 30% sag. We will cover setting up sag properly in a later article, in the meantime, your suspension will have a set-up manual available online that can help.

Getting sag dialled is a priority as it dictates the balance of your suspension, and we are going to suggest balance on a mountain bike is quite important! 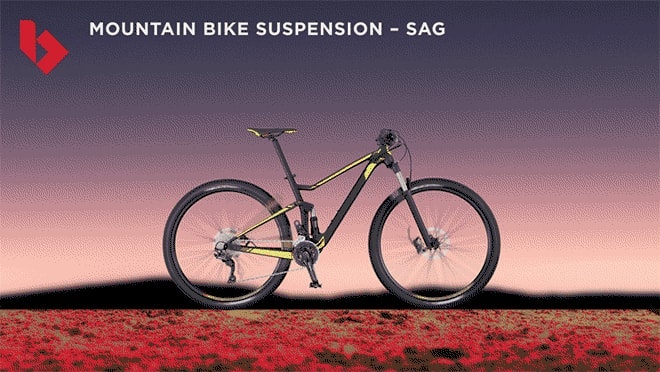 The damping system regulates the rate at which the fork compresses and rebounds back from compression by way of a controlled restricting or releasing of oil.

Ultimately, after some experimentation, the damping settings will help you feel more controlled and smoother on the trail.

What You Get When You Pay More 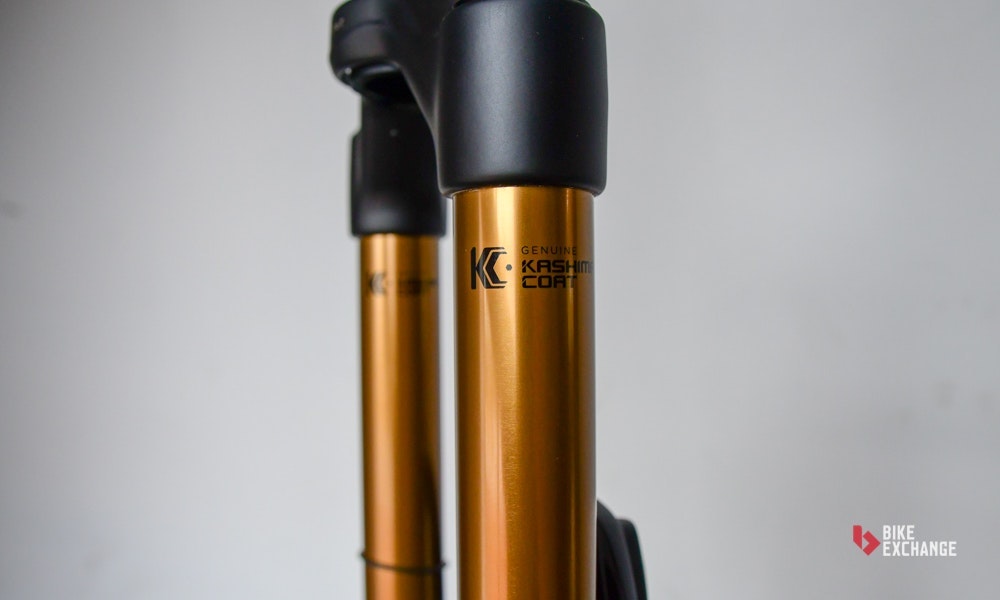 Suspension savvy mechanics will tell you that cheaper suspension will simply not have the same quality internals, the implications being that the internals break down under repeated usage due to the heat and friction generated from riding. This results in oil degradation, leading to loss of performance and function.

Also, more expensive suspension components are built to higher standards and often with more complex designs, so not only are tolerances tighter and parts smoother, but often the function is more advanced. So if you are rider likely to push the bike to its limits, you will want your suspension to match your riding ambitions.

In summary, a more expensive suspension will get you: 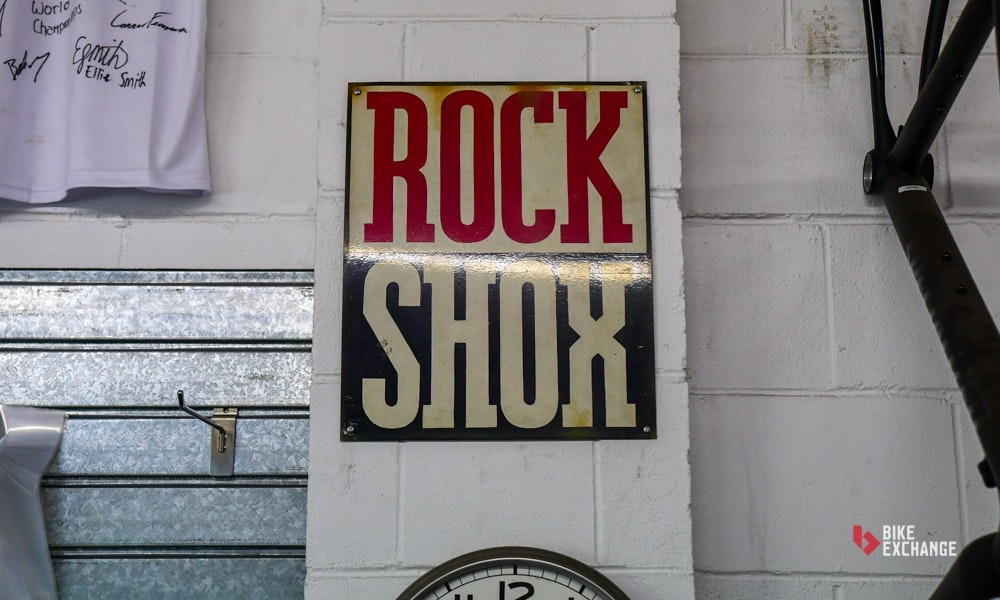 Most bikes will come standard with either Fox or RockShoxSuspension. However, there are many other brands on the market with some more boutique than others, or just specialising in rear shocks only, you may come across the following;

Looking After Your Suspension 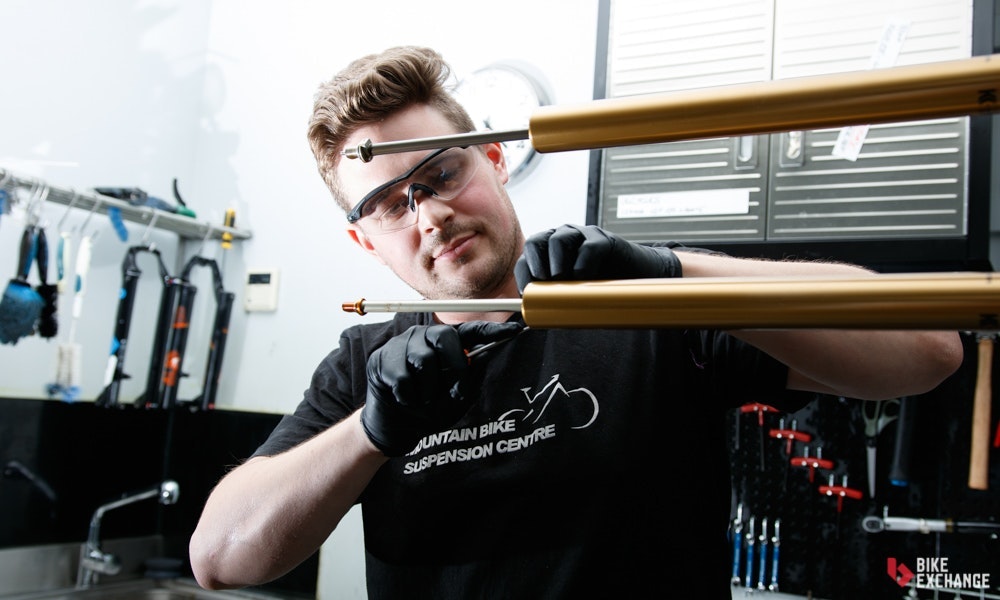 A suspension system will require regular servicing and cleaning, as well as proper cleaning and care at home. Our next series will look at what is involved in a suspension set-up, how to upgrade and why with first-hand advice from suspension experts from Cyclinic and MTBSuspension.

Thanks to The Ride Cycles for helping out with the creation of this article. Check out our comprehensive Guide to Buying a Mountain Bike for more information.