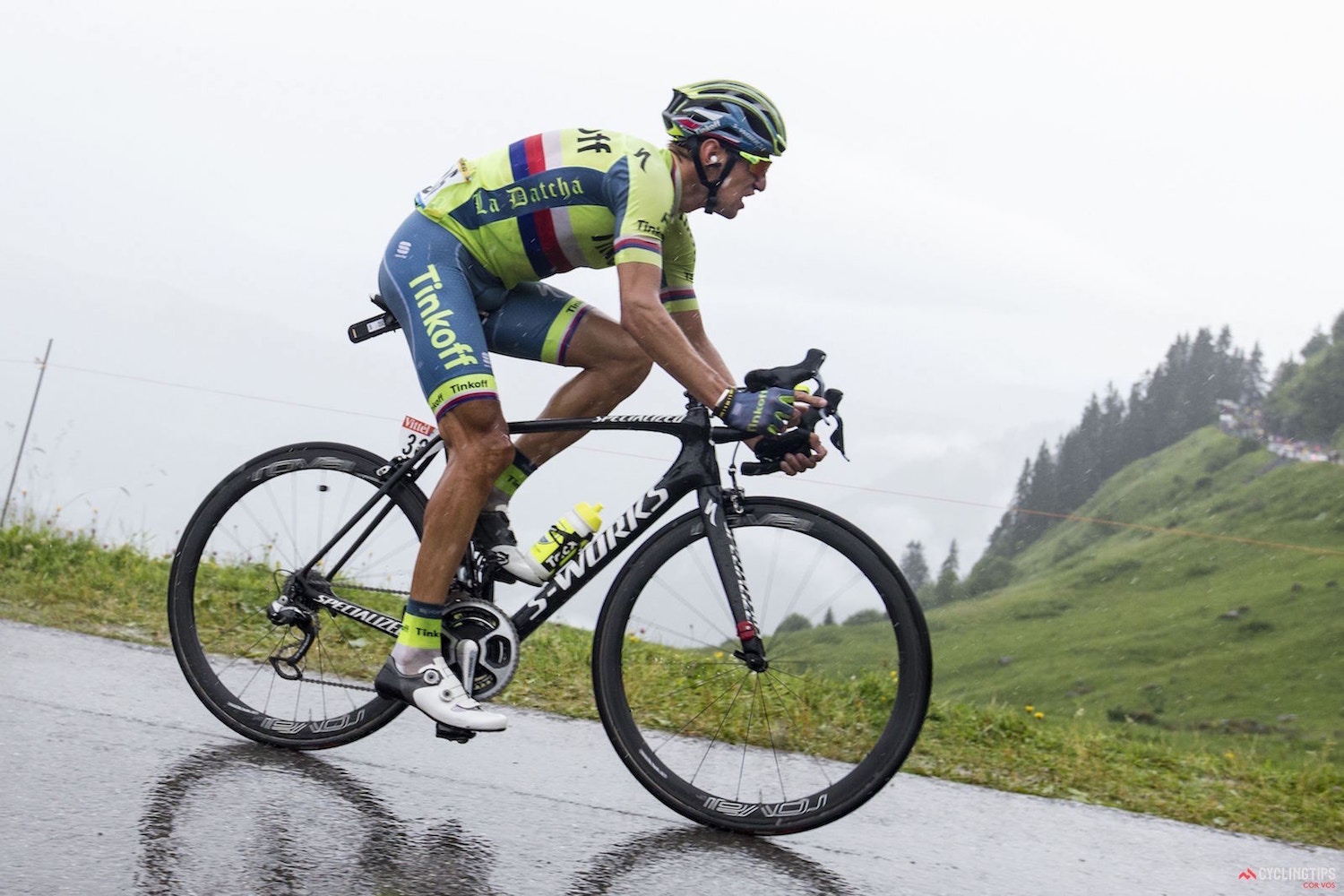 Just over a week after he finished tenth in the Tour de France, Roman Kreuziger has confirmed a two year deal with the Orica-BikeExchange squad. The Czech Republic national champion will move across from the Tinkoff team and said he is committed to helping Orica’s younger riders to succeed.

“Orica-BikeExchange was an easy choice for me when I started to consider my next team and my future as a rider,” Kreuziger said in a team announcement on Monday. “I really admire the ambitions they have going onwards, and I want to fully apply myself to help their young riders go for the ultimate success in the Grand Tours."

"I think I’ll be able to fulfill that role both on and off the bike and at the same time try and go for a win myself in one-week races and some of the Classics where we will have several cards to play.”

The team has worked on nurturing young talent in recent years and is seeing the fruits of that work. Esteban Chaves was second overall in this year’s Giro d’Italia, while Adam Yates took fourth overall plus the best young rider award in the Tour de France.

Kreuziger is coming on board as a super domestique for the three week races. According to Orica-BikeExchange Directeur Sportif Matt White, the contract is a significant boost for the team and one which could have pronounced effects in the next two seasons.

“Roman is a real game-changing signing for us,” he stated. “He is not only one of the classiest and strongest riders at WorldTour level, but he also brings a wealth of experience having worked for the best GC riders in the world."

“He will be one of the riders who can make the difference for our young riders at the Tour de France in the attempt to go for the podium. And, at the same time, he’s proved that he can win himself in both the Classics and other WorldTour stage races.”

Kreuziger’s past results include overall victory in the 2008 Tour de Suisse and the 2009 Tour de Romandie, as well as one day success in the 2013 Amstel Gold Race. He was also fifth overall in both the 2013 Tour de France and the 2011 Giro d’Italia.

The 30 year old said that the atmosphere at the Australian squad was one of the factors in the decision to come on board.

“I’m very thankful for being able to join one of the most promising and well respected teams in the peloton where I will also be part of what looks to be a fun environment to work in.”

White said that Kreuziger’s signing would prove key in the years to come. “We are rapidly developing into a team with real depth throughout the calendar, including in all three Grand Tours.”