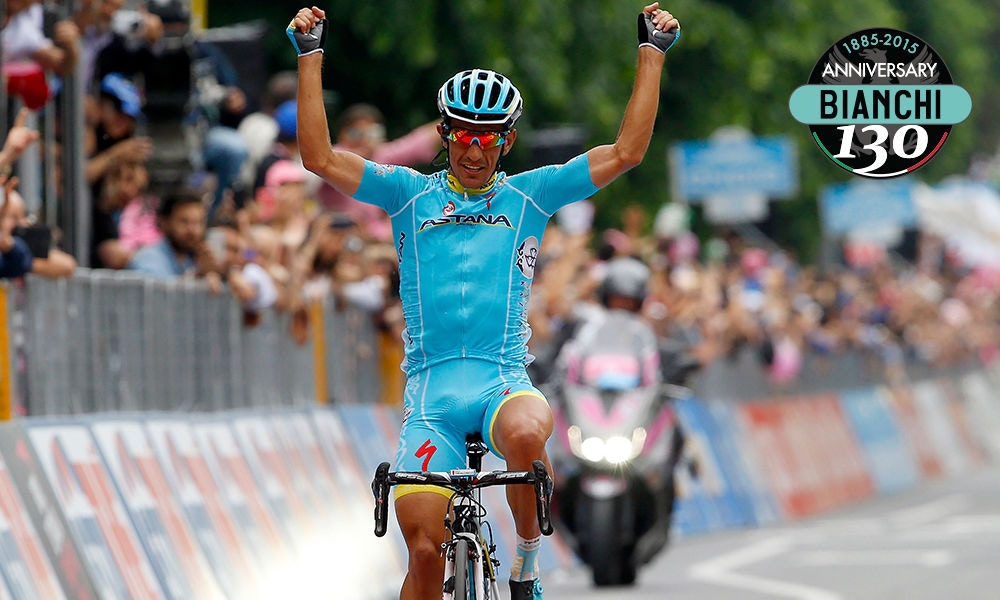 Riders would have been very thankful at the completion of Stage 9 in this year’s Giro d’Italia, as it marked the first rest day of the race. A welcome break from what has been a tough nine days of racing over lumpy terrain with many motivated teams forcing the pace.

A large breakaway group eventually went up the road on today’s stage, but took a long time to form. The breakaway's success so far at the Giro has meant that everyone wants to be a part of it, with favorable odds of staying away and earning a stage victory.

The group of 11 riders made the race and took all of the points and competitions on offer. Sonny Colbrelli of Bardiani CSF, Maxim Belkov of Katusha, Amael Moinard of BMC, Ryder Hesjedal of Cannondale-Garmin, Steven Kruijswijk of LottoNJ-Jumbo, Paolo Tiralongo of Astana, Caslos Betancur of AG2R-La Mondiale, Kenny Elissonde of FDJ, Jesus Herrada of Movistar, Tom-Jelte Slagter of Cannondale-Garmin and Simon Geschke of Giant-Alpecin formed the early breakaway which managed stay clear on the stage.

The first points up for grabs were in the KOM competition up the category two climb Monte Termino. Simon Geschke crested the climb first and took all 15 points on offer.

A quick descent and the group was straight into the first intermediate sprint of the day, which was taken out by Ryder Hesjedal who was now out of GC contention and looking for stage wins.

The second categorized climb of the day was again taken out by Simon Geschke, giving him enough points to wear the King of the Mountains jersey into Stage 10.

The peloton were very watchful, not letting the breakaway's advantage extend like they had done in previous stages; the advantage only 3-mins at the top of the Colle Molella.

The final intermediate sprint of the day saw Tom-Jelte Slagter attack and cross for maximum points. Not content to roll back to the breakaway group, Slagter charged on, opening up a one minute gap.

Slagter would hit the final climb alone and do his best to maintain his advantage, but his earlier efforts had taken a toll. Back in the breakaway eventual stage winner Paolo Tiralongo had launched an attack of his own and was now charging down Slagter. The pair would descend the Passo Serra together but shortly after, Tiralongo would make the stage his own, riding away from Slagter and onto victory.

Back in the peloton it was again the top four GC riders duking it out to gain an advantage. Fabio Aru was aggressive, trying to shake Richie Porte, Alberto Contador and fellow teammate Mikel Landa, but with no success.

The four would eventually come to the line together, Aru again attacking in the final straight and gaining enough separation to earn himself a one second advantage over Porte and Contador.

Given how close these three have been over the first nine stages of the Giro it could come down to a matter of seconds in the finish at Milan.

Tomorrow is a rest day, a chance for the riders to rest their legs and us to get some sleep!