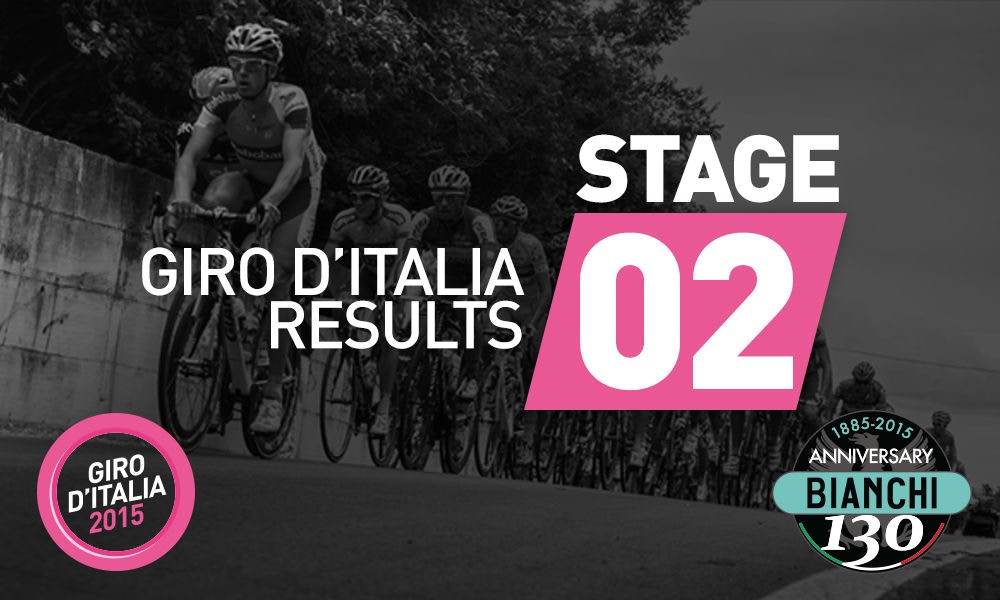 Following some of Italy's most spectacular coastline, Stage 2 of this year’s Giro d’Italia promised to be one for the sprinters, and it did not disappoint. With only one categorized climb on the stage, this would be one of the few opportunities for the fast men to have the day to themselves.

The day started in perfect conditions and a five man breakaway established themselves fairly quick smart.

These five would take all of the early points up for grabs in the KOM and Sprint jersey competitions. Marco Frapporti of Androni Giocattoli took out the first intermediate sprint, jumping from the breakaway early and winning easily. He went on to take out the second intermediate sprint shortly after, although he had much more of a fight on his hands with Bert-Jan Lindeman of LottoNL-Jumbo contesting hard for the points. Bert-Jan was keen to make up for his second placing in the sprint and attacked hard on the only KOM opportunity of the day. He was first up the category 4 Pratozanino and took maximum points, ensuring he would wear the blue KOM jersey tomorrow. From there it was all about the finish. The teams with GC contenders were keen to keep their man out of trouble, Saxo Tinkoff doing a huge amount of work up front.

Approaching the finish the teams in contention for the win took over. Trek Factory Racing, Orica-GreenEDGE and Lampre-Merida flexing their muscle.

With the long finishing straight, the sprint opened up early. Andre Greipel of Lotto-Soudal jumped hard, but might have been a touch overexcited, opening up a pocket for Elia Viviani of Team SKY to move into. Viviani, who was mostly un-sighted for the stage, came past Greipel with a rush and narrowly took the stage from Moreno Hofland of LottoNL-Jumbo.

Michael Matthews of Orica-GreenEDGE was in the mix but finished 7th of the day, ahead of his teammate Simon Gerrans, moving him into the Pink leader’s jersey for tomorrow’s stage.

A great result for Orica-GreenEDGE in the end, retaining the leader’s jersey, best young rider jersey and the overall team competition.

Stage 3 is billed as another one for the sprinters, but with a very lumpy terrain, anything could happen.

Get more great reads and videos here on Everything Bike

Thanks again to Graham Watson for the use of his image.