Team Astana The Strongest But Contador Looking Invincible In Pink 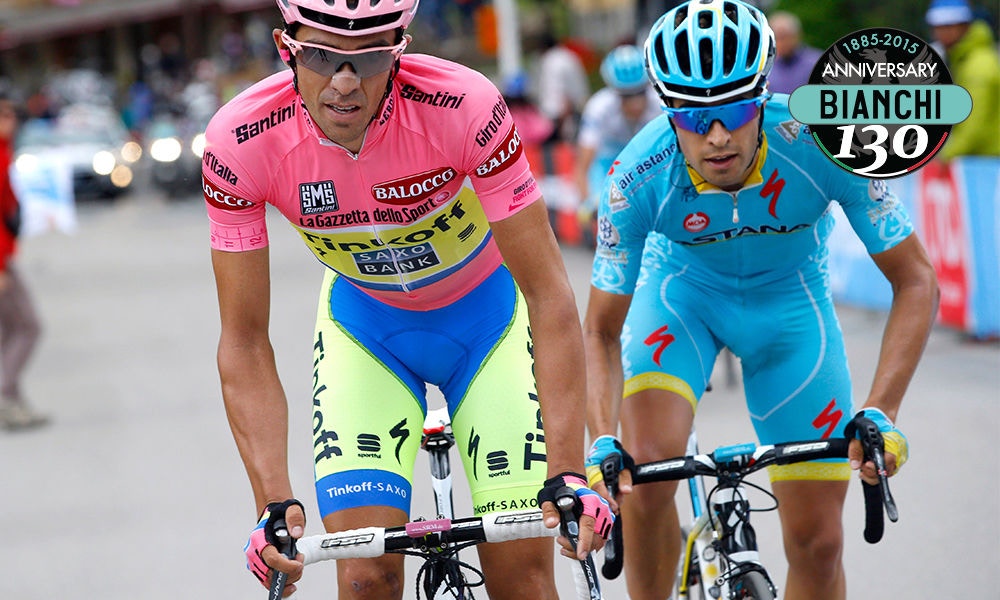 The two hardest stages so far of the 2015 Giro d'Italia came back to back. Riders followed up yesterday's long time trial with a huge mountain stage comprising of a category 2 climb and two category 1 climbs, including a summit finish on top of the Madonna di Campiglio.

The start of the stage was aggressive and fast, a surprise given yesterday's time trail and the profile ahead.

From there though the break was dysfunctional at best, slowly falling into pieces as riders become frustrated with the lack of corporation.

By the time the race entered the final climb however, they would all be swept up and moved aside for the GC teams to take control.

Team Astana again proved to be the strongest team at this years race. Of the 14 riders remaining on the final climb, five of them would be from Astana. Alberto Contador was riding solo at this point but it didn't seem to phase him in the slightest.

A solid tempo was set at the front of the race and as the climb became steeper Mikel Landa from Astana launched a series of attacks to try and shake Contador and set the race up for team mate Fabio Aru. They did little to upset Contador's rhythm, but clearly put Aru in some difficulty, momentarily dropping Astana's team leader.

Trofimov had ridden supremely well to hold the wheel of the other three riders and with Landa waiting for a weakened Aru, Trofimov took his opportunity and attacked with 1km to go. He quickly opened up a gap and looked as though he would hold on for the stage victory. However, today's chief protagonist Landa still had something left in his legs despite his aggressive riding, and reeled Trofimov in and went on to take the stage victory.

Trofimov had enough to hold on for second, while Contador came in third and gained another second on Aru, who will be looking forward to tomorrow's rest day like no other.

Richie Porte's Giro appears over after again losing significant time, and there is speculation he may exit the race in favor of some rest and start preparing for the Tour de France.

The riders enjoy a rest day tomorrow with the final week looming large as the Dolomites approach.

Thanks Graham Watson for another great image.