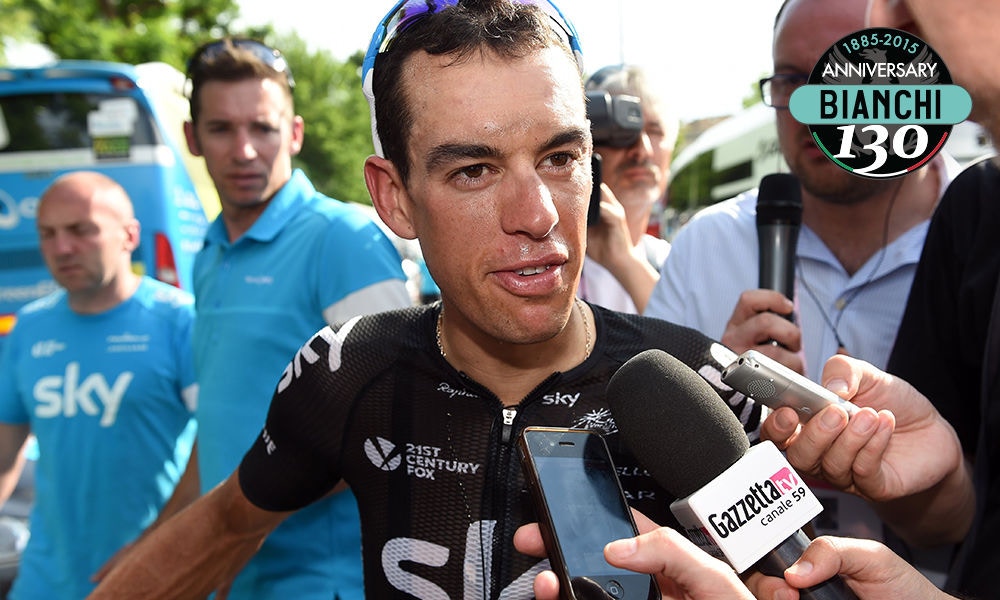 The relatively flat silhouette and technical finish of Stage 10 should have been a sprinter’s dream and a safe bet for any GC contender. Should have been... An unlikely Italian quartet insured the sprinter’s teams missed out and a late mechanical resulted in Riche Porte (Team Sky) losing invaluable time to his key GC rivals.

An early break of Boem (Bardiani CSF), Gatto (Androni-Giocattoli), Malaguti (Nippo – Vini Fantini), Marangoni (Cannondale-Garmin) and Busato (Southeast), held through to Forlì; a feat the few would have expected with the sprinter’s teams hungry for success after Monday’s rest-day.

With 120 mile covered and the finish line in reach the break held just over a minute.

It was Marangoni who made the first move, launching with 1 mile to the finish line. He created a gap that appeared to be worthy. Although it was just not enough, the tri of Boem, Malaguti and Busato reeled Marangoni back in with 200 yards to go.

Boem took line honors over Matteo Busato, Alessandro Malaguti, and Alan Marangoni respectively. The Peloton charged in only 15-seconds after the Italian quartet. Boem’s heroic start-to-finish victory was one of two significant stories from stage 10. Richie Porte (Team Sky) was not only struck down with a woefully timed mechanical, but was also handed a two-minute penalty on top of the 47-seconds conceded to the Maglia Rosa.

Porte was penalized under:

In a unique situation fellow Aussie Simon Clarke came to Porte’s aid when the Tasmanian punctured in the closing stretches, giving Porte his own front wheel. A gesture of comradery between the two riders, as Simon described “he’s just another Aussie, mate”. During post stage interviews Simon emphasized the gesture was not some sort of colluding between the two teams, rather he was “just trying to help out a friend”. Unfortunately the jury of commissaries has decided to proceed with the penalty.