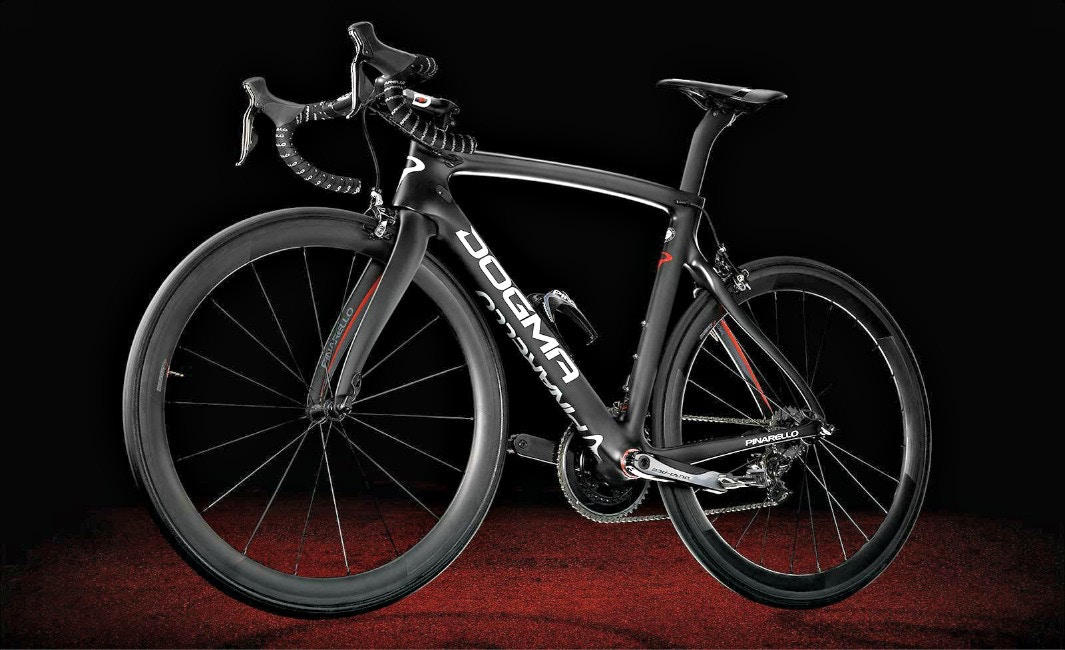 Pinarello was created by Giovanni Pinarello, who after successful amateur career turned professional at the age of 25 in 1947.

Giovanni passed away in September 2014 but his professional approach to bike design still lives on. Today the Dogma F8 is the flagship model and the eighth dogma in this famous series. It has been known to be called the eighth wonder of the world!

Pinarello have a strong sponsorship program through their partnerships with Team Sky Pro Cycling, Team Movistar and the British track team. This support over the years has lead to 11 Tour De France victories starting with Pedro Delgado (1988), then Miguel Indurain (1991-1995), Bjarne Riis (1996), Jan Ullrich (1997), Oscar Pereiro (2006), Bradley Wiggins (2012), and the most recent being Chris Froome (2013).