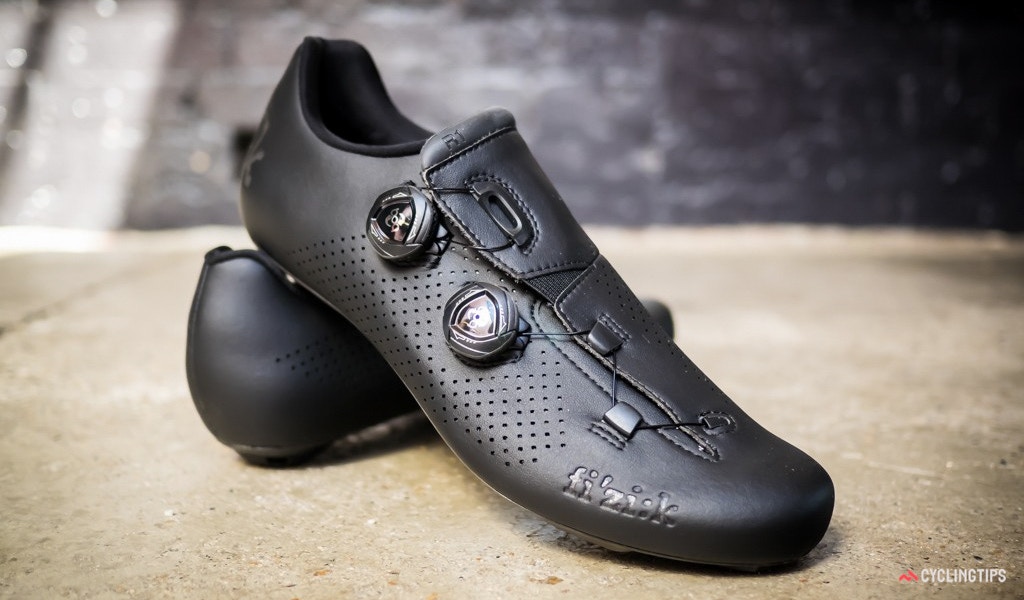 Fi’zi:k has been in the cycling footwear business for six years now, and while they’re sadly no longer made in Italy, they still very much embody what you expect from an Italian shoe. Whether being quintessentially Italian is a good thing, however, will inevitably depend on your feet. Here’s what U.S. tech editor James Huang had to say after strapping into a pair of fi’zi:k’s top-end R1B Uomo road shoes for a couple of months.

Fi’zi:k clearly wants to make a strong visual impression on R1B buyers as even the box in which they’re packaged is beautifully designed, and that storyline only continues once you pull the shoes out. The styling somehow manages to be both progressive yet elegant, the branding is tastefully restrained, and the perforations in the upper are variably sized squares arranged in a silhouette of abstract mountain peaks instead of the usual generic round cut-outs. Even the unidirectional carbon fiber sole doesn’t escape the designer’s pen with sculpted, flowing lines that transition seamlessly to the heel pad.

The R1B shoes aren’t just about looking good when you show up for a group ride, though; there’s plenty of interesting technical details built into them, too.

Case in point: fi’zi:k is firmly aboard the Boa cable reel bandwagon but the way the IP1 dials are incorporated into the microfiber uppers is quite innovative. Whereas nearly all Boa-equipped shoes use cables that are fully looped, the forefoot cable on the R1B is instead anchored just above the toe box in a so-called ‘single-pull’ configuration.

“Only taking in half the lace of a standard IP1 where both ends are terminated at the spool means that you get twice as small of an adjustment per click as a standard Boa system,” said Boa cycling category manager Tony Torrance. “All the input torque is on one lace, too, resulting in a tighter fit with less effort.” The routing for the Boa reels is very effective, providing a firm hold on the foot without creating any hotspots.

Decreasing the number of requisite cable guides also helps keep the entire forefoot area unusually soft and pliable with only the bare minimum of hard plastic hardware. A bit further back, the rear Boa cable is looped as usual but it’s arranged in such a way that it helps to pull your foot back into the softly padded heel cup.

In addition, a strategically placed stretch panel up top in the wraparound tongue is intended to accommodate both high and low insteps while still providing the same quality of fit for either. Regardless, a generous pad cushions the front of your ankle from any unwanted pressure points.

Actual weight for a pair of size 42 shoes is 500g on the nose — not exactly boat anchors but weight-conscious riders should take note that that’s more than 100g heavier than some other similarly priced options.

I appreciate a good-looking cycling shoe as much as anyone but what ultimately matters is how they feel on your feet. Keeping in mind that fit is a highly subjective and personal thing, Australian tech editor Matt Wikstrom and I nevertheless both rolled away from our separate experiences a touch underwhelmed.

The R1B shoes back up their high-end appearances with a luxurious feel. They open wide and are easy to get on and off with the wraparound tongueless design and quick-release Boa reels, the Microtex synthetic upper is soft and supple, and the interior is completely devoid of irritating seams or edges. The laser-cut perforations up top and sole vents down below do a pretty good job of keeping your feet cool on hot days, too. The uppers appear leather-like but are made from Microtex synthetic with laser perforations.

As should be the case for any high-end road cycling shoe these days, the R1B’s carbon fiber sole is amply stiff with no perceptible flex under power, either in terms of straight bending or torsion. However, it’s essential to have your feet firmly locked in place in order to fully take advantage of such an unyielding platform and it’s here where the R1B struggles to keep up.

The biggest disappointment with the R1B is in the heel fit, which we both found to be good, but not great, and allowed for more lift than we would prefer. It’s hardly horrible but in light of truly supreme heel holds from the likes of Bont and Specialized, this sort of oversight is harder to overlook (especially at this price point). And remember that quintessentially Italian aesthetic? Well, that also carries through to the reasonably wide but aggressively tapered toe box, which looks elegant but doesn’t closely mirror the actual shape of your foot and needlessly constricts your outer toes. Wide-footed riders definitely need not apply. The R1B Uomo keeps the styling simple and clean for a classy look but the pointed shape tends to crowd the toes.

For as much attention as fi’zi:k has paid to minutiae on some areas of the R1B, some other details seem to have gone missed.

Most critically, fi’zi:k has equipped the R1B shoes with sliding cleat hardware that allows for a little extra fore-aft adjustment but even in their more rearward position, the holes are placed further forward than usual. As compared to a set of Giro Factor ACC shoes, the holes on the R1B are nearly 10mm further back — a potential deal breaker, depending on your cleat position requirements.

Walking obviously isn’t the prime function of road cycling shoes but tread design is nevertheless an important aspect and I found the R1B wanting in this respect as well. The curiously hard heel tread grips only moderately well on textured concrete and asphalt but is positively treacherous on smoother surfaces like tile, hardwood, and laminate flooring — all of which are invariably associated with those inevitable cafe stops. And although the heel pad is replaceable, the bolt that secures it to the sole plate fixes from the bottom with hardware that sits flush with the surface, making it all too easy to wear down the hex heads to the point that they’re unusable.

The unidirectional carbon outsole has generous vents and replaceable heel pads but the cleat mounting holes are set closer to the toes than other brands. Those vents don’t allow for as much airflow as their exterior size would suggest, either.

The heel pad at least provides a reasonable amount of coverage but the same can’t said about the toe tread. Not only is it similarly hard and slippery (and non-replaceable, although that aspect is more forgivable) but it also doesn’t sufficiently protect the front of the shoe. It didn’t take long before the forward edges of the carbon sole plate were badly scuffed on my test sample.

As if it weren’t already a requirement to try cycling shoes on before purchasing (preferably in the same retail establishment where you plan on making the purchase), the R1B runs quite big for the stated size. I normally wear a 43-44 in Shimano, Specialized, Pearl Izumi, and Giro, for example, but ended up with a size 42 in fi’zi:k.

No review would be complete, of course, without addressing cost. To that end, the R1B’s retail price is certainly high but still fully inline with top-end models from other brands (save for Sidi, although they remain one of few options for shoes that are still made in Italy).

Again, as always with cycling shoes, fit is a subjective issue and our experiences may not necessarily mirror your own. That all said, the R1B shoes are unquestionably beautiful but if your first priority with cycling footwear is how well they work and feel, there may be better options out there for you. Few can argue that the fi’zi:k R1B Uomo shoes are beautiful. 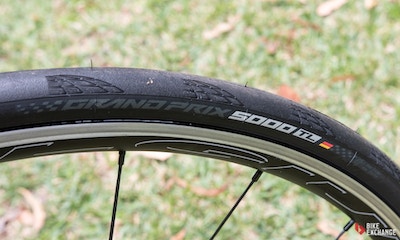