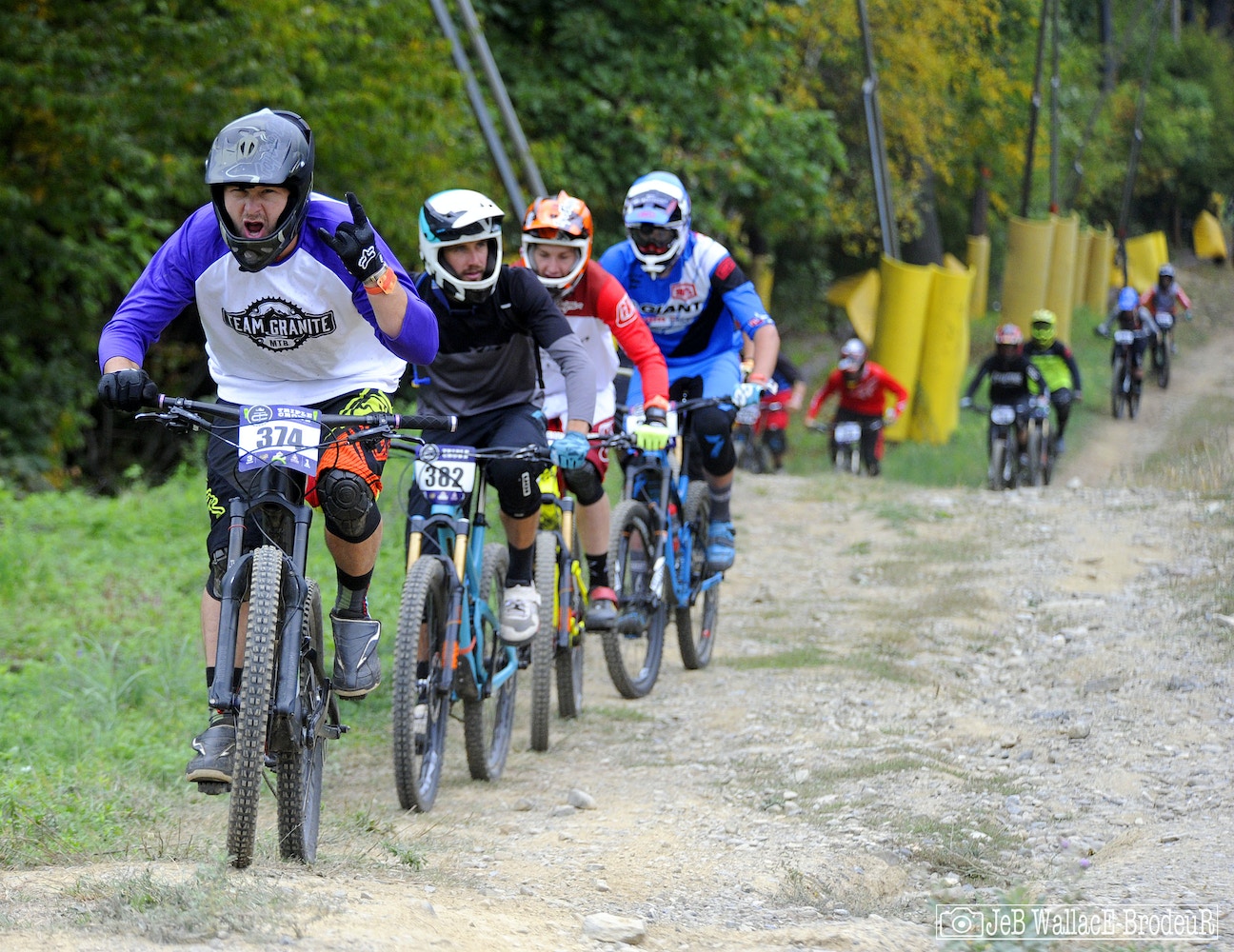 With autumn just around the corner, the frosting on the enduro racing season cake arrived this past weekend as the Eastern Triple Crown Enduro Series kicked off at the Mountain Creek Bike Park in New Jersey. Now in its 4th year, The Triple Crown unites three of the East Coast’s biggest and best enduros into one series at the end of the summer racing season. This year’s edition of the King of the Mountain Enduro at Mountain Creek began atop Granite Peak after a pedal from the top of the triple chair. Stage One was classic enduro, packing a wide variety of terrain into a romp down the Western side of the mountain. Racers encountered high-speed flowing lines, short punchy climbs, and technical rock features along the length of the opening segment. After a challenging transfer back to the top of Granite Peak, racers faced Stage Two, the longest of the day. This track offered some fresh-cut traverses and short technical sections but the biggest challenge was maintaining speed through the numerous tight switchbacks and flat corners on the lower half of the track. A chairlift transfer brought riders to the top of Vernon Peak and Stage Three, the shortest and toughest of the day. After a rocky warm-up and a steep plunge down fresh-cut terrain, racer’s faced the double-diamond rock gardens of Utah, a true test piece with numerous lines to decipher.

Another pedal transfer took riders to the top of the final offering of the day. Stage Four linked together numerous trails on the steep Eastern side of the mountain and rewarded racers who possessed a solid downhill skill set. The men’s pro race was won by Canadian speedster Antoine Caron who had two stage wins and was the only man to go under two minutes on the rowdy Stage Three. The Pivot Cycles pro and former World Cup XC racer recently competed in the two Enduro World Series stops in North America. This was his first win since taking the Triple Crown stop at Highland Mountain last year. Just six seconds behind Caron was Yeti Cycles pro Jason Memmelaar, who was recently crowned the overall Eastern States Cup enduro champion. Memmelaar won Stage Four with a screaming fast time but Caron’s blistering pace on Stage Three was too much to overcome. On the third step was Giant Factory Off Road pro Seamus Powell, winner of last year’s Mountain Creek race. Always a top contender, Powell won the first two stages but lost time on the final two and wound up 17-seconds off Caron’s pace. The women’s pro race was topped by veteran racer Dawn Bourque who put on an impressive display, winning all four stages for a 26-second overall margin of victory. This was Bourque’s third win in four enduro starts this season. In the runner-up spot was the Eastern States Cup overall enduro champion Lauren Petersen, riding for Intense, and CFM Cycles. Petersen tied Bourque for the win on Stage One and was second on the other three stages. In third was Bicycle Express pro Kimberley Quinlan who finished second in every Triple Crown enduro last season and again looks to be a favorite for one of the top spots in the overall.