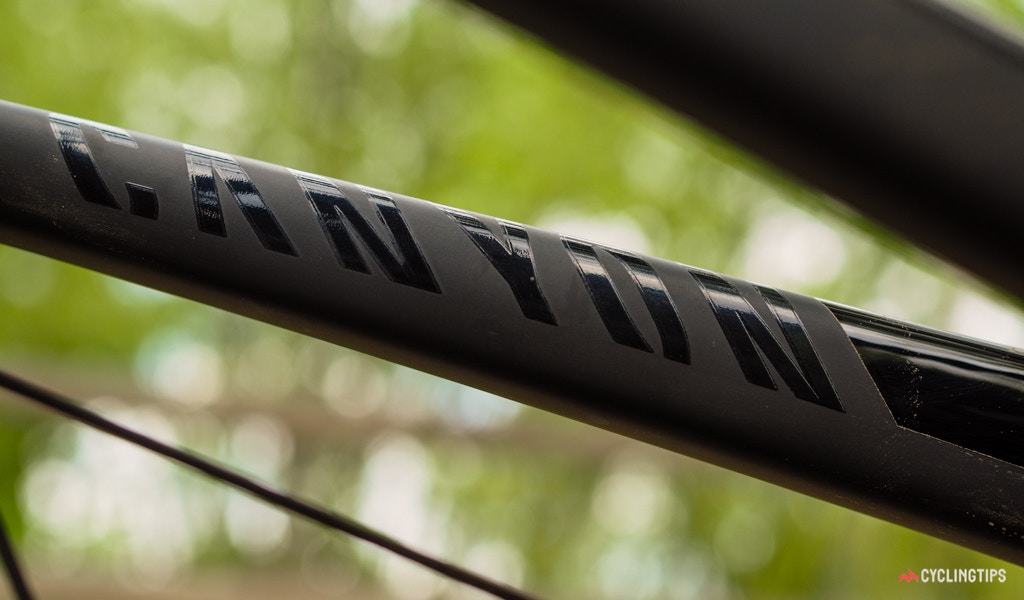 For many Americans, Canyon Bicycles has been the proverbial forbidden fruit. For years, the German brand has offered pro-quality road, mountain, and cyclocross bikes ridden and raced by Katusha, Movistar, and others, at unbeatable prices — but not on U.S. soil. Today, the company announced that the German direct-sales bicycle behemoth will finally enter the United States market, effective spring 2017. Some finer details are still being worked out, but at least now you can mark your calendars, and start saving your pennies.

Speculation of Canyon’s impending entry into the huge U.S. market has been brewing for years, but the company now feels confident enough in its ongoing preparations to make it official.

“Today we can announce that we are going to open up the U.S.,” said Canyon chief brand officer Frank Aldorf, during a phone conversation with CyclingTips. “For people to go online and order, this is going to happen in spring 2017. We know how tough this market is, and that the consumers are very demanding, so we have to be prepared. This company has been thinking about this for a long time.”

While precise details are still being worked out — including the exact launch date and the location for the planned U.S. operating base — Canyon’s plan is to replicate its successful direct-to-consumer business model stateside.

Unlike other major brands, there will be no physical brick-and-mortar dealer network. Instead, bikes will be exclusively purchased online, built to order, and then shipped directly to a consumer’s door, pre-tuned and with minimal assembly required.

With no dealer network whatsoever to support, Canyon can essentially sell its bikes to consumers for the same price that traditional retailers pay for comparable bikes at wholesale — and depending on the price point, that 20-30% discount can yield huge savings. For example, a Specialized S-Works Tarmac Di2 retails for $9,250 USD with a Roval Rapide CLX 40 wheelset, while the comparable Canyon Ultimate CF SLX 9.0 Aero with Zipp 303 Firecrest carbon clinchers costs $7500 USD. Similarly, a Trek Madone 9-Series frameset is $5,500 USD but a Canyon Aeroad CF SLX frameset is just $2700 USD – and comes with an integrated carbon bar/stem, as an added bonus.

Granted, neither are direct comparisons, and those figures are based on straight currency conversions for European-market Canyon models, not official U.S. prices. But with such huge discrepancies in cost, there’s definitely plenty of wiggle room.

“We have a successful business model and what we want to do is take that model into the U.S. market. We’re not completely changing. There’s not going to be a Canyon bike shop on every corner; that’s not going to happen. This seems to work; why shouldn’t it work in the U.S.? I think the consumer in the U.S. is okay with buying online, but there needs to be some education on how our process works. We’re confident that this will be adapted quickly and people are going to like the product and like the way they can interact with us.” Soon enough, the ‘Add to Cart’ button will actually be functional for American cyclists interested in purchasing a Canyon.

To start, all bikes will continue to be assembled at the company’s German facility in Koblenz, and then shipped overseas with total lead times expected to be roughly four to six weeks from order date to delivery, depending on the specific model — and potentially faster.

“In some cases, people will get their bikes in two weeks,” Aldorf said. “It will be great if we can do this for every customer in the U.S. and if we’re faster, that’s even better. With the constant exchange between our production here and the warehouse in the U.S., it shouldn’t be a problem. We know there will be a lot of requests so we have to set the right expectations, but we will have a slow start. We need to make sure we can deliver and hold on to our promises.”

Canyon is still deciding exactly which bicycle models it will offer stateside, and if specific variants might be required to suit the local market. American mountain bikers demand single-chainring drivetrains much more than their European counterparts, for example, while American road customers are generally more open to progressive technologies such as wide rims, tubeless tires, and disc brakes.

“We will take a look at the entire product line and make sure that we serve the rider in the U.S. the best way, from a Canyon perspective. We feel like we have the best bikes but they need to resonate with the customer in a specific market. There might be some slight changes with what we’re going to offer in the U.S. in terms of what the customer wants and needs but it will still be a Canyon bike.”

As is currently the case in Canyon’s existing markets, technical support and customer service will be handled remotely — and in some cases, will require customers to ship their bikes to Canyon’s planned U.S. facility.

“We will set up our own company in the U.S.,” Aldorf said. “There will be a USA web site that people will go to, and there will be a location in the U.S. for customer service and technical service. We need to now dig into all the details, but I feel like we have a strong case here in Europe, with crash replacement and our return policy, and we will make sure this is on par with our competitors [in the U.S.]. The service we offer here in terms of warranty and service are very strong, but if there are things we need to change [for the U.S. market], we will work on that for sure.” Canyon’s online system provides prospective buyers with an estimated delivery date during the ordering process – and Canyon promises that the displayed dates are now accurate.

Part of the ramp-up to expansion was modernizing and expanding Canyon’s production capabilities. The German brand moved to a new factory in Koblenz last year, and also switched to an entirely new software system for handling orders. Aldorf readily admitted that the process didn’t go as smoothly as the company had hoped, and the rash of orders that were lost in transition left a public stain on Canyon’s reputation — so much so that company head Roman Arnold made a public apology in response.

Nevertheless, Aldorf says those wrinkles have been ironed out, and despite the growing pains, Canyon has never been in a stronger financial position to make the move to America.

“With all of the hiccups we had in the beginning, and this fast learning curve, we had the strongest spring ever for this company. April was our strongest month ever, in terms of revenue. For six years, we’ve grown 30% year-over-year.”

Adding to the financial stability is a new business relationship with TSG Consumer Partners, a San Francisco-based investment firm that will not only assist the company in honing its U.S. customer service, but also recently took a minority interest in Canyon Bicycles GmbH as well.

“TSG have a few partnerships and there was already a relationship between Roman [Arnold, the owner of Canyon Bicycles GmbH] and them, so we felt that having someone in this market that knows the landscape of consumer products — more the market and consumers than the actual bicycle business, which is our expertise — but just being in this market, and being successful in this market, was important,” Aldorf said.

Americans may not be strangers to shopping online, but to some, the idea of buying a bicycle sight unseen is still an uncertain prospect. Many other companies have tried (with mixed results), and American consumers are generally accustomed to the luxury of being able to physically examine the products they’re considering purchasing. Unlike in more established Canyon markets, there is no legacy of previously purchased bikes that people are able to see, feel, and touch — and given Canyon’s direct-to-consumer business plan, there will be no local dealers that a customer can visit to see bikes in person.

“Currently it’s something that need to think about,” Aldorf said. “How do we interact with our customer base? In Europe, we’re at a lot of bike festivals and gran fondos where people can have multiple chances throughout the year to test our bikes. Where are the events and ways we can connect with consumers best? We’ll dig into all the different options there and make them available to consumers there.”

There is already a new arrangement in place with Rapha, for example, which will manage a traveling American fleet of Canyon road bikes. And while a Canyon-operated demo fleet is also being evaluated, Aldorf says the company has already tabled the idea of partnering with a mobile shop network such as Beeline or Velofix for door-to-door delivery and service — at least for now.

Details aside, one thing is certain about Canyon’s pending expansion: it will be hugely disruptive to the American bicycle market, and companies such as Trek and Giant have already taken preemptive steps in anticipation of allowing customers to buy their bikes online as well. Those arrangements still require local pickup, however, and neither company offers consumers a discount for buying from the comfort of their own homes.

“We feel super happy about this,” Aldorf said. “It was an idea for so long, and we played around for so long on how we can make this happen. Roman was very skeptical. It’s a huge market and it can break the company, but now he’s super excited. We came out of this [overhaul] strong, so we’re set from a production standpoint. Now we feel like we’re in a very good place after the early hiccups. It has always been a dream for Roman to become a global bicycle brand, and you have to be in the U.S. to be that brand. We’re on the path now. The big players in this market might not be that happy about this move.”