Bone Conduction Technology: What to Know 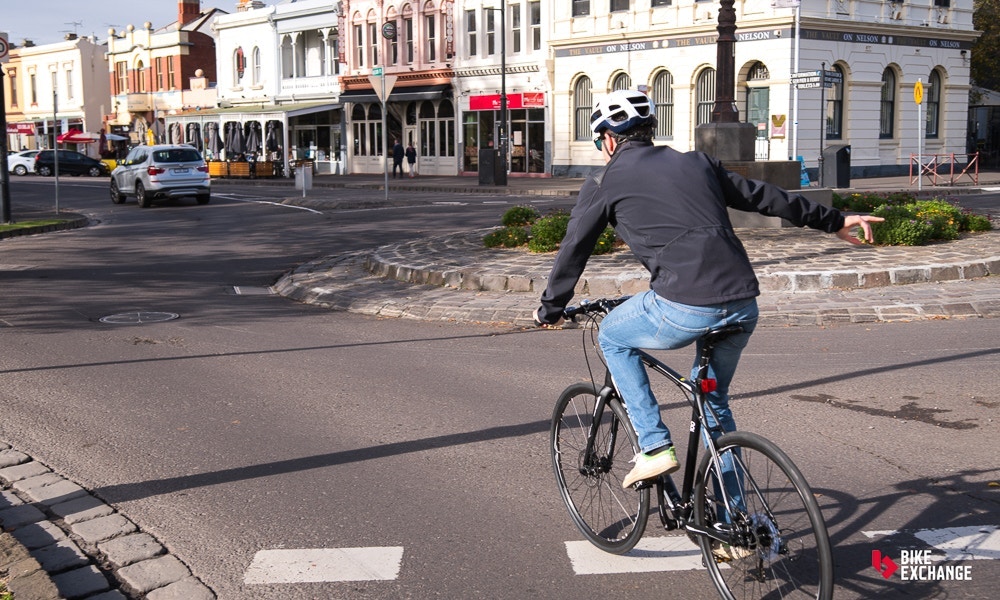 Bone conduction technology has been used with great success in the medical field to allow the hearing impaired to connect with the outside world. The last five to ten years has seen the technology enter the sports market and has naturally filtered into cycling through integration with the common cycling helmet, as well as a range of headphones.

With polished products now available in the cycling market such as the Coros Frontier cycling helmet, we wanted to dive deeper into the bone conduction technology, how it works and why it offers real benefits to cyclists who like to stay connected whilst riding.

So what is it? 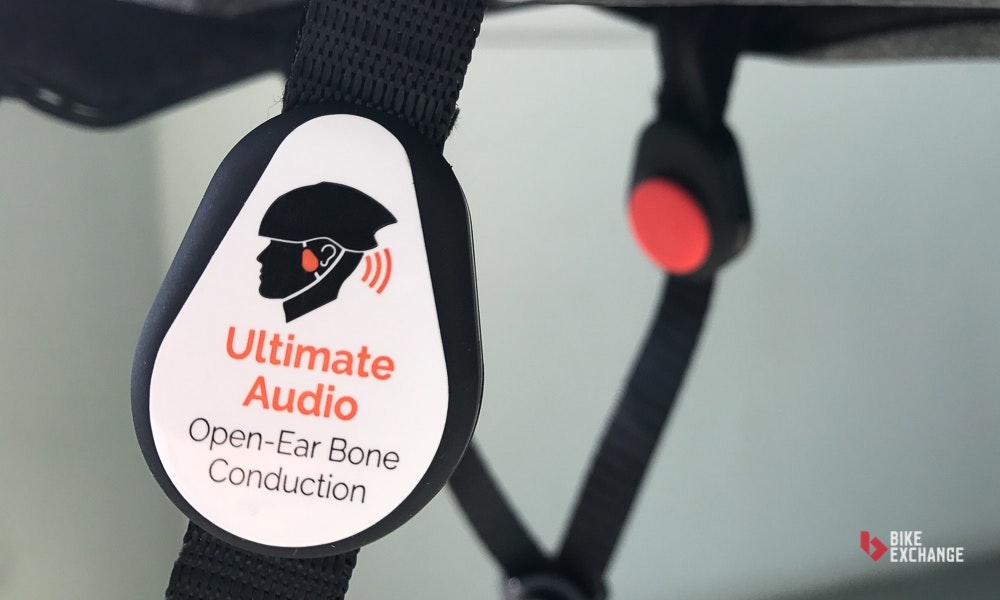 To understand what it is, first we must have a basic understanding of sound. Sound is a simple yet confusing sense to understand, and the more you look into it, the more complex it gets.

Simply put, sound is a series of vibrations, meaning everything you hear is the result of movement in the physical world. Be it the sweet buzz of pawls and ratchets engaging in a rear hub, or the hum of your tyres gliding along a smooth road, two things have made contact and made the air around it wobble or vibrate. This vibration then makes its way up to your ear, quivered a series of tiny bones which your brain then translates into hearing.

Bone conduction uses these same natural vibrations, but instead uses a person’s bones, such as the jaw, skull, and cheekbones, as opposed to the eardrum, to transfer these vibrations into the inner ear, allowing you to hear a sound.

Bone conduction technology is not a particularly new idea, in fact, the first patent for a bone conduction listening device was filed almost a century ago and has been used with great success in the medical field for those with hearing impairments.

Bone conduction technology is being implemented into a range of performance headwear used for a range of sports including swimming, running, and cycling. The increase in popularity in sports such as these is due to the fact that bone conduction technology allows the user to still hear their surroundings in the outside world (or hear where sound transmission doesn’t make sense, such as when swimming). This is invaluable in our two-wheeled world given that we share roads with vehicles.

Thus far, bone conduction technology has largely been used as a wrap-around headset or integrated into diving masks for underwater enthusiasts. The wrap around headset design of both of these had been rather obtrusive such is the requirement of a power pack to work. It is worth noting that as battery and power pack technology evolves, these headwraps are becoming more lightweight and largely unnoticeable

Outside of ordinary consumer use, bone conduction has been of great benefit to the hearing impaired and those working in high noise areas. Through bone anchored hearing aids mounted on the bone obtrusions found behind the hear, the tech has afforded those with serious hearing problems, soldiers in the field or workers in noisy areas the ability to communicate more effectively. Such is the transmission of bone conduction technology, for these users, the communication sounds as if it is coming from within the head.

The science behind the tech 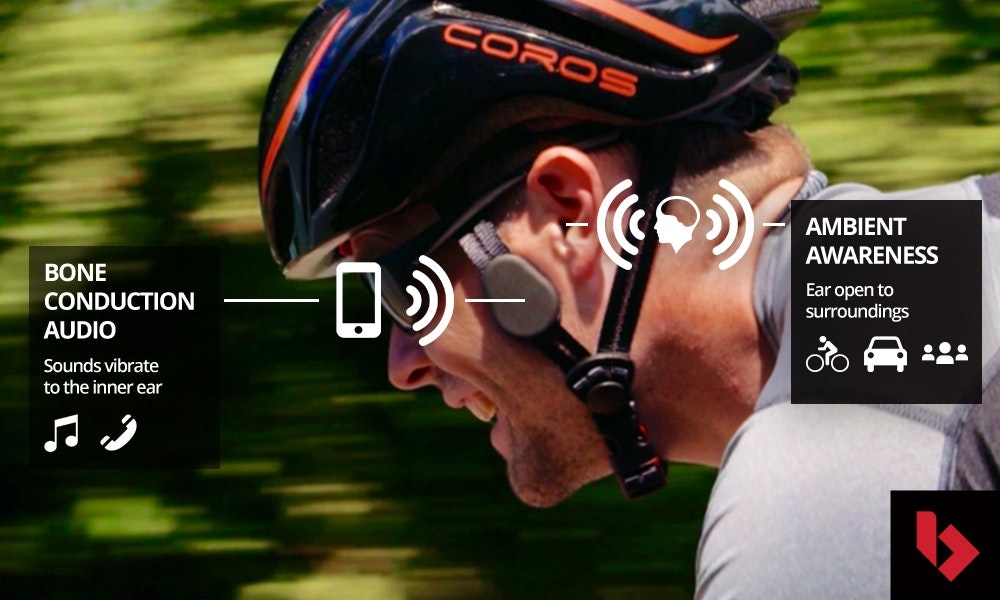 Just how bone conduction technology works is rather ingenious. Its roots can be stemmed back as far as the 18th century with Beethoven, whom as a hearing impaired composer, used to hold a conductor's baton in his teeth and press it up against the side of the piano to better hear the notes he was playing.

Moving forward to the digital world we live in, the method of using bones to carry the sound vibrations remains the same, but the source of the sound differs. All bone conduction headsets and speakers require a power pack to run the speakers, which is also how they differ from standard in-ear headphones.

Bone conduction speakers essentially perform the role of your eardrums. The speakers work by converting sound waves into vibrations that can be received directly by the cochlea, bypassing the eardrums. As there is no sound isolation during this process, one main challenge for companies has been to convert sound waves into higher fidelity vibrations. This has resulted in an increase in sound quality as the tech has progressed.

A first for the cycling industry Coros recently released its Linx (global) and Frontier (Australia) cycling helmets. We’ve previously been hands-on with the Coros lid, but the point of difference between the Frontier and, well, any other helmet currently for sale on the market is the inclusion of integrated bone conduction speakers.

The inclusion of this emerging tech has the benefits of allowing the riders to hear the outside world around them whilst riding. Michael Yang of IICO, the Australian distributor for Coros highlighted just why this tech was targeted for integration. “We identified this safety issue within the cycling community. We were committed to providing a workable solution to help solve it and Bone conduction audio is the critical part of this solution.”

Integrating the tech was not without its difficulties, however, as the speakers themselves must be powered, this required a battery pack to be located within the helmet, leading to the R&D team searching for a no-compromise option when it came to functionality, weight, and safety of the helmet itself.

Coros claim the use of bone conduction speakers allows riders to hear ambient noises around them whilst being able to enjoy music and field phone calls at the same time. Upon reviewing the helmet, we found these claims to be somewhat true, with the speakers offering up a commendable spoken word clarity. It is worth noting that music playback can become more of a distraction than a sought-after feature, drowning out the ambient noises around you.

What does the future hold? 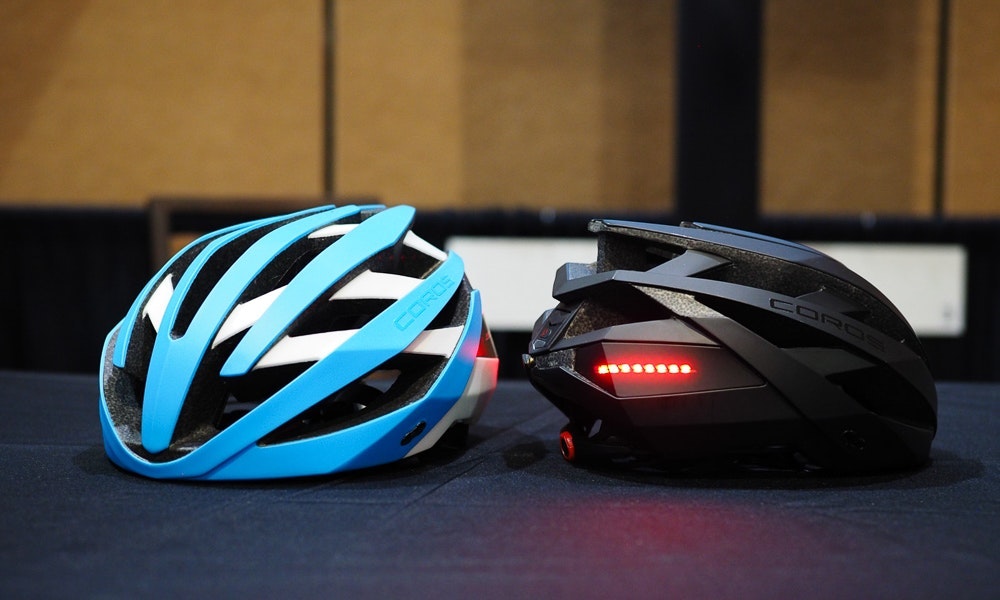 There’s little denying the benefits that a bone conduction speaker system can have to cyclists. After all, any device, that makes us safer and more aware of our surroundings out on the bike is a good thing. The last ten years has seen bone conduction audio improve dramatically on all fronts if other areas in the tech space are anything to go by, we expect that it will continue to do the same.

Battery packs are getting smaller and more powerful, manufacturers are increasing the sound definition of speakers and big brands are looking to make the two-wheeled sport we love safer and more accessible to the broader community.

This is not only limited to the cycling fraternity but the wider non-rider community as a whole. The tech offers users with conductive hearing loss or single-sided deafness to enjoy audio streaming. It’s also a solid audio solution for riders wanting to enjoy audio without cutting themselves off from their surrounds. If you're not already sold, certainly watch this space.

Looking for more information on cycling helmets? Check out our comprehensive buyers guide for everything you need to know.

Disclaimer: This article was created as sponsored content for Coros