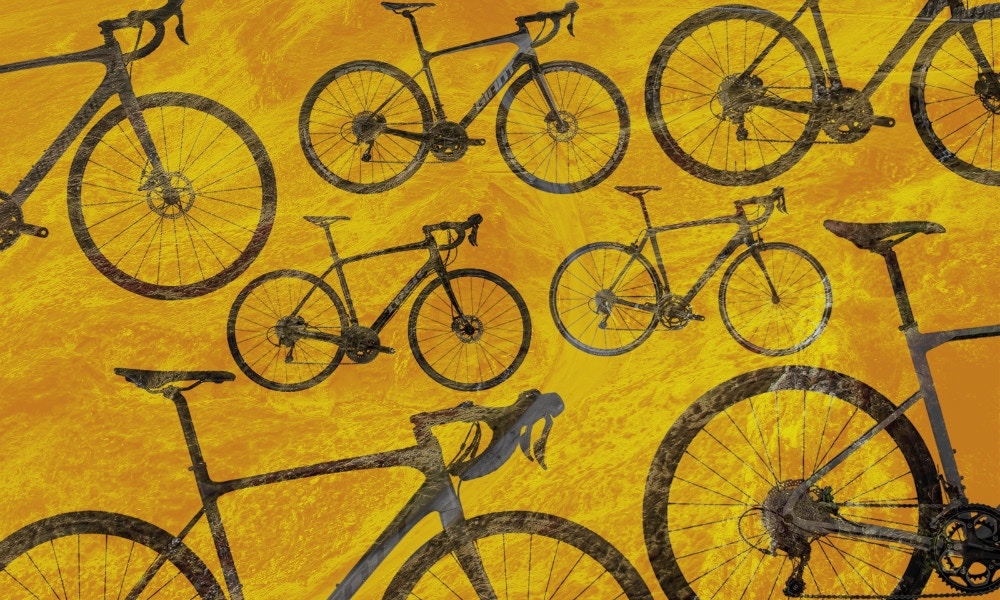 New 2017 bikes are hitting the floors of bike stores around the country, we've had a look through the latest models and come up with what we deem the best mid-range endurance road bikes for $3,000 or thereabouts. Over the past years we’ve managed rides on many iterations of these bikes and continue to be impressed. Consider this a short-list of the bikes we’d put our own money on (in no particular order).

Endurance road bikes have fast become all the rage with their relaxed geometry, in-built compliance and general focus on comfort without giving up performance. They are easily recognizable with an elongated headtube and shorter frame reach that puts the rider in a more upright position, in association with a longer wheelbase and 'slacker' headtube angle that provides stability. Endurance bikes were the first road bikes to adopt disc brakes and create additional clearance to allow for wider tires, two features that have now found their way onto performance race bikes. Aside from out and out racers, endurance bikes are created for every type of rider, focusing on comfort and practicality.

Spending $3,000 on an endurance orientated bike will get you almost all the same features the top-tier models offer and it's unlikely you'll find a lemon at this price. Buyers can expect to see a 11-speed Shimano 105 drivetrain in a 'compact' set-up that allows for easily pedalling and all day riding. The frame and fork will likely be made from carbon fiber and disc brakes will be a popular choice, although rim brakes remain an option and offer a lower bike weight. Expect to see aluminium wheelsets that are disc compatible where applicable, paired with larger tires in the vicinity of 25mm-30mm that will further aid comfort and stability.

If you are contemplating spending a little bit more and wondering what you're missing at this price point; weight, durability and more advanced compliance technology are the big three. As you spend more the weight of the drivetrain, frame and wheels reduces as higher quality alloys and carbon fiber is used, all while durability typically increases too. Some manufacturers will also save their latest frame compliance technology for the top-tier models.

To find out more about endurance bikes and what makes them special, read our Aero vs Endurance vs Lightweight Road Bikes Explained article which will explain everything you need to know. And if you want a better understanding of road bikes, then read our Ultimate Guide to Buying a Road Bike to help you sort through all the information and find the perfect bike for you. Trek have stepped up the endurance range of their road fleet for 2017 with 15 different Domane models including a 'Race Shop Limited' edition, disc and non-disc equipped options, and two aluminium versions.

The S 5 model is considered the 'old' version, which was the benchmark for endurance bikes up until the new model was released and so it's still a great option. The S 5 features Trek's proprietary IsoSpeed decoupler technology at the rear that allows the seattube to move independently from the toptube, increasing compliance and creating a comfortable ride. Trek's 'H2' endurance geometry is also at play, putting the rider in a more comfortable position by lengthening the headtube and reducing the frame reach. The frame is made with Trek's 400 Series OCLV carbon, with a carbon fork up front too.

Disc brakes are all the rage at the moment and the S 5 doesn't miss a trick featuring Shimano RS875 hydraulic disc brakes to provide great stopping performance in all conditions. The hugely popular Defy range remains largely unchanged for 2017, but the Defy Advanced 2 still represents one of the leading endurance bikes on the market. The major difference between the 2016 and 2017 models are the new dropouts front and rear, which move to flat mount disc brakes and 12mm thru-axles. The Advanced 2 shares the same Advanced grade composite frame as the more expensive Advanced Pro 0 and 1 models but different wheel and drivetrain selections; the ever reliable Shimano 105 is paired with the Giant PR-2 Disc wheelset.

As well as the endurance geometry the Defy utilizes a proprietary D-Fuse seat post along with ultra thin seat stays to help reduce road vibration and improve comfort. Read our Early Release Giant Road Range article to get the full story on what's new for Giant in 2017. The first of the Roubaix models to feature the new 'Future Shock' technology, the 'Elite' incorporates suspension at the front of the bike allowing 20mm of travel (otherwise known as movement) thanks to a piston type mechanism in the head tube. The latest cobble crushing release from Specialized was developed in partnership with McLaren Applied Technologies and also features additional compliance in the rear of the bike. The ‘CG-R’ (CobbleGobbler) seatpost once again features and the new ‘Drop Clamp’ moves where the seat stay contacts the seattube allowing more flex and consequently more comfort.

For more extensive coverage of the new Roubaix, read our Ten Things to Know about the 2017 Specialized Roubaix and Ruby. Current Olympic Games Road Race champion Greg Van Avermaet piloted the BMC Gran Fondo to the podium at the 2015 Paris Roubaix which should be enough to vouch for it's endurance properties. The Gran Fondo has traditional 'endurance' geometry measurements including a longer, relaxed headtube, wider wheelbase and greater tire clearance, but also features dropped, thin seat stays and offset rear carbon dropouts to improve rear end compliance. The fork too has offset dropouts that along with 25mm tires helps smooth out road buzz. The whole frame is designed using BMC's 'Tuned Compliance Concept' which beefs up the downtube, head tube, chainstays and fork crown to increase stiffness where it's needed while allowing enough flex at specific points to reduce the transmission of road vibration to the rider.

A compact Shimano 105 crankset is paired with an 11-32 cassette providing a huge gear range, the wheelset is Shimano’s basic, yet reliable RS010. The GF 02 uses standard rim brakes which save considerable weight. "Crush meets Plush", could there be a better descriptor for a high performing endurance bike? The Synapse has what Cannondale refer to as 'Endurance Race Geometry' which slightly increases the head tube height, wheelbase length and has a shallower steering angle, but is still class leading for weight. The key to the Synapse's comfort is in the uniquely shaped fork and rear triangle. The fork has a curved shape and offset dropouts to help cancel out some road vibration while at the rear, helical shaped seat stays flex under load to further aid compliance.

The Synapse Carbon 105 rolls on Mavic Aksium wheels, while the use of rim brakes make this bike the lightest of the bunch. After watching Mathew Hayman take a historic victory at Paris Roubaix in 2016, we were almost tempted to put a Scott Foil into this category, but in lieu of the aero machine we have gone with Scott's tried and true endurance bike, the Solace. We've specifically chosen the Solace 20 Disc which has the traditional endurance geometry putting the rider in a more upright position, 160mm rotor Shimano flat mount disc brakes and a compact Shimano 105 drive train. There is a huge amount of tire clearance, 28mm tires coming as standard which will smooth out any road.

Not limiting its design to comfort alone, Scott has put significant effort into the frame to improve power transfer. The headtube, oversized down tube, large bottom bracket area and bulky chainstays all help to convert your effort into speed on the road. While pencil thin seatstays that connect to the sides of the toptube provide plenty of comfort. 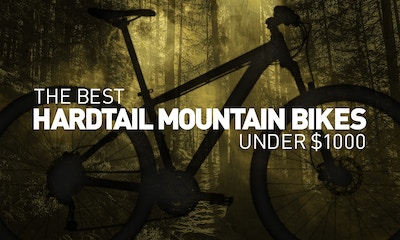 Cross country mountain bike riders looking for a great, entry level hardtail, look no further. We've picked 8 of the best options of 2017 for under $1,000 ... 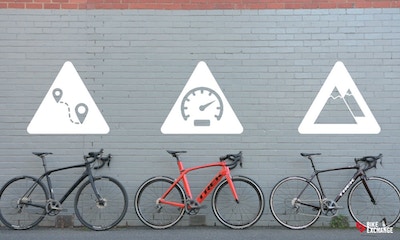 We break down the differences between the three types of road bikes: Aero, lightweight and endurance... 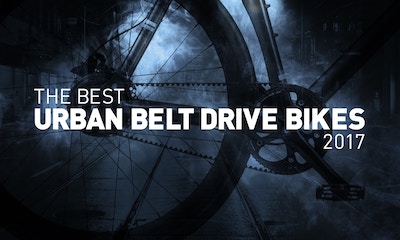 Quiet, durable and virtually maintenance free. Discover more about belt drive bikes and some of the best for 2017 ...