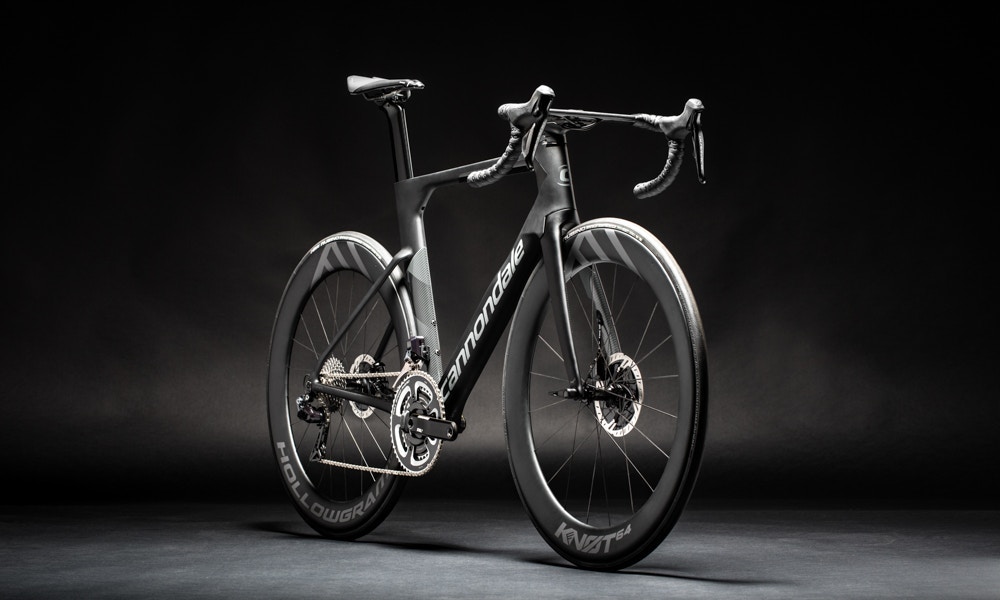 Just five days out from the 2018 edition of the Tour de France, Cannondale have pulled the covers off its all-new SystemSix aero road bike.

Rehashing its SystemSix moniker after 11 long years in hibernation, the disc-specific aero steed is loaded with a range of cutting-edge technology, with an emphasis on overall efficiency. The new bike is home to a host of brand firsts including equipped powermeters, an integrated cockpit design and wind cheating frame shapes.

So without further adieu, read on for ten things to know about the all-new SystemSix from Cannondale.

1. Fashionably Late to the Party

After years of sitting idly by, observing its competitors seemingly locked in an drag coefficient driven arms race, the American brand have entered the aero road market. Making use of a number of technologies inspired by its Slice and SuperSlice timetrial and triathlon bikes, the SystemSix appears, at least on paper, to be a game changing first-edition. 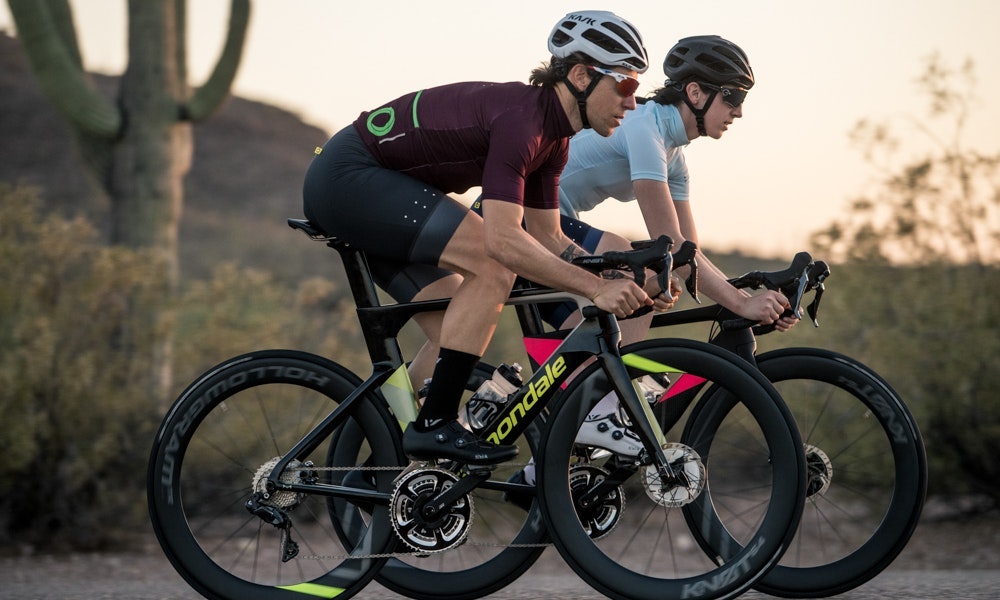 As its name suggests, the SystemSix was designed around optimising six separate elements in its pursuit for all-out speed and aero efficiency. These include; the frame, fork, seatpost, stem, handlebar and wheelset, with each element optimised to be as efficient as possible to create what Cannondale claims is “the fastest road bike on the planet.”

With efficiency gains seemingly made across the entire “System”, Cannondale claim they have created the most efficient UCI legal road bike on the planet. The bulk of these claims are based off of CFD (computational fluid dynamics), wind-tunnel, and real world testing.

A bold claim indeed, but if the 50-odd page white paper accompanying the release of the SystemSix speaks for anything, Cannondale appear to have some compelling evidence to support its claim. 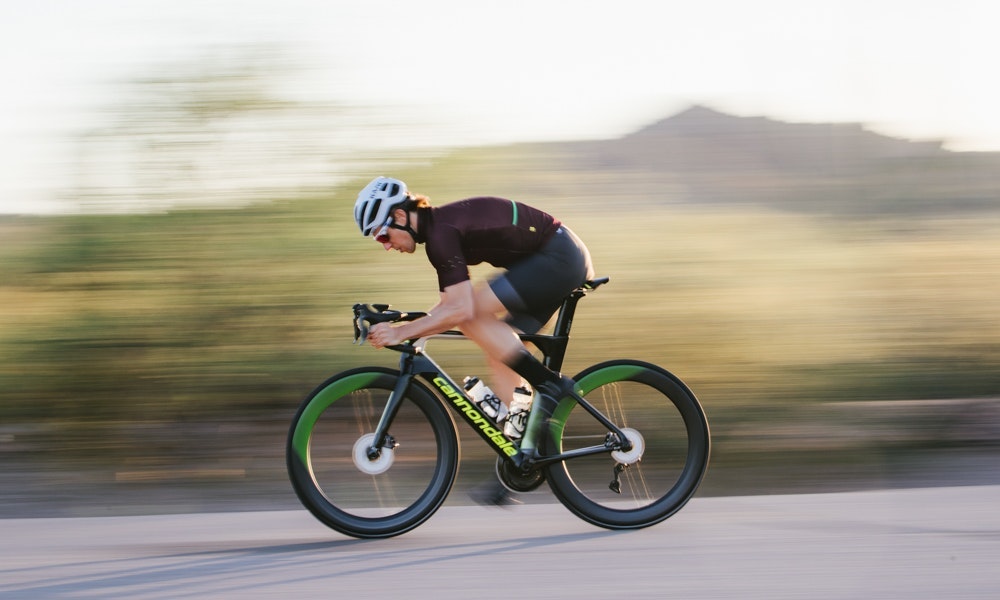 The SystemSix was developed to mirror the headtube and bottom bracket stiffness of the SuperSix EVO. This is claimed to allows riders the same responsiveness and handling of a traditional all-round racer, with the wind cheating gains of an aero bike.

Whilst the geometry is based off a long and low race posture, Cannondale claim that its adjustable cockpit and headset spacers mean that the SystemSix is just as suitable for racers as it is everyday riders. With two different fork offsets used (45mm and 55mm) dependant on frame size, Cannondale say this allows for consistent handling characteristics and ride feel across the entire size range

In a bid to rid itself from the negative connotations often associated with the harsh ride characteristics of aero road bikes, Cannondale claim that the SystemSix is as compliant as its other modern race bike offering, the SuperSix EVO.

Much of this compliance (vertical stiffness) is built around its Hi-Mod carbon lay-up which is claimed to reduce vibrations and road buzz. Additionally, the frame is optimised around wider tyres, with 26mm width rubber (measured size) fitted as stock. Cannondale state that the increase air volume granted by the new KNØT 64 wheelset allows for the use of lower tyre pressures, making for a more comfortable ride. 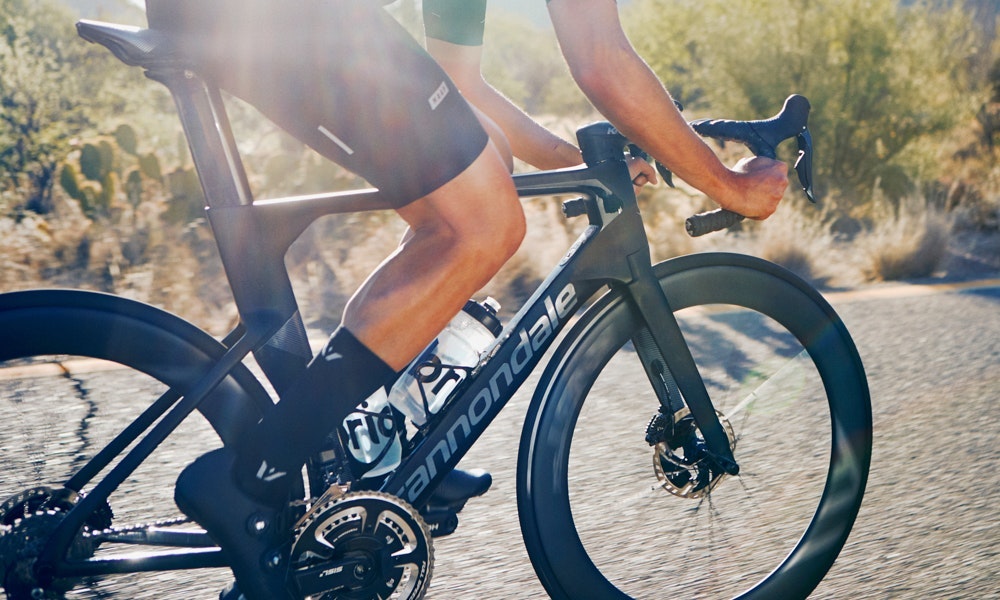 At the heart of the SystemSix lays an all-new frame and fork module thats loaded with new and interesting features. Truncated (flat edged) aerodynamically optimised tubing, fully integrated cabling and Di2 junction box, a super wide fork crown and a chine on the downtube all feature in an effort to make the front end of the SystemSix as efficient as possible. Out back, dropped seat stays, a contoured seat tube and asymmetrical chainstays work together in an effort to balance power transfer and aerodynamics.

Named after the unit of speed, a range of all-new aerodynamically optimised KNØT components feature on the SystemSix Hi-Mod. These components include; 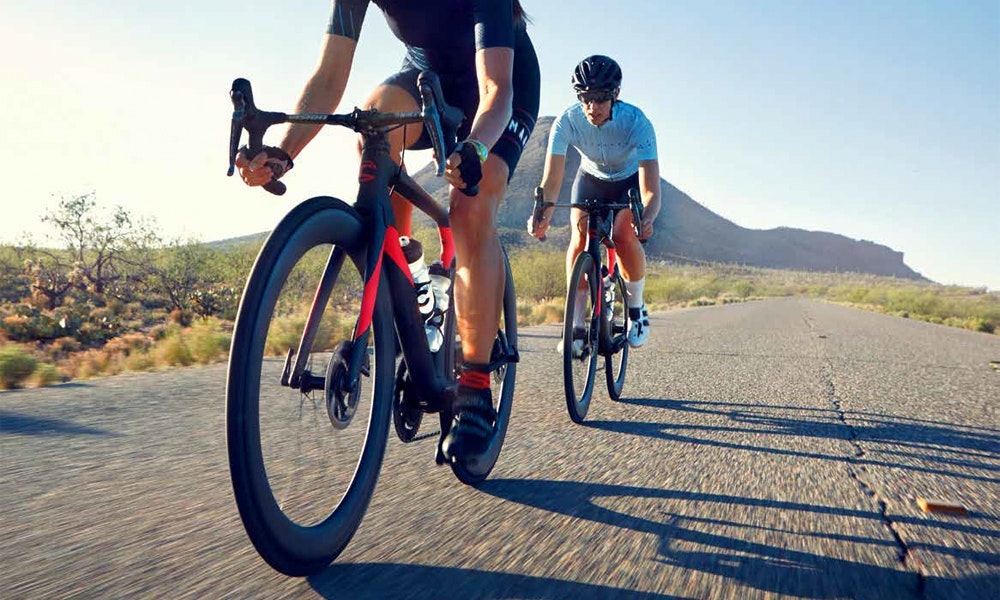 Making use of its quality Hi-MOD carbon fibre, Cannondale claims the SystemSix tips the scales at 981 grams for a size 56 (not including paint or small parts). Whilst this is some 250 grams heavier that the lightweight SuperSix EVO, it’s still impressive given the additional material used in creating the aerodynamic frame shapes.

As is the case with a number of modern race bikes, Cannondale have opted to make the SystemSix disc brake specific. The move to shift to disc brakes was made as a result of the increased control and tyre clearance on offer, (Cannondale claim the SystemSix will comfortably swallow 30c tyres front and rear) and the ability to make the frame and fork as aerodynamic as possible.

The SystemSix will be both electronic and mechanical groupset compatible, with Hi-Mod models to feature a dual-sided Power2Max NG Eco powermeter from the showroom floor (though it will apparently require an additional unlocking fee to be paid to Power2Max). 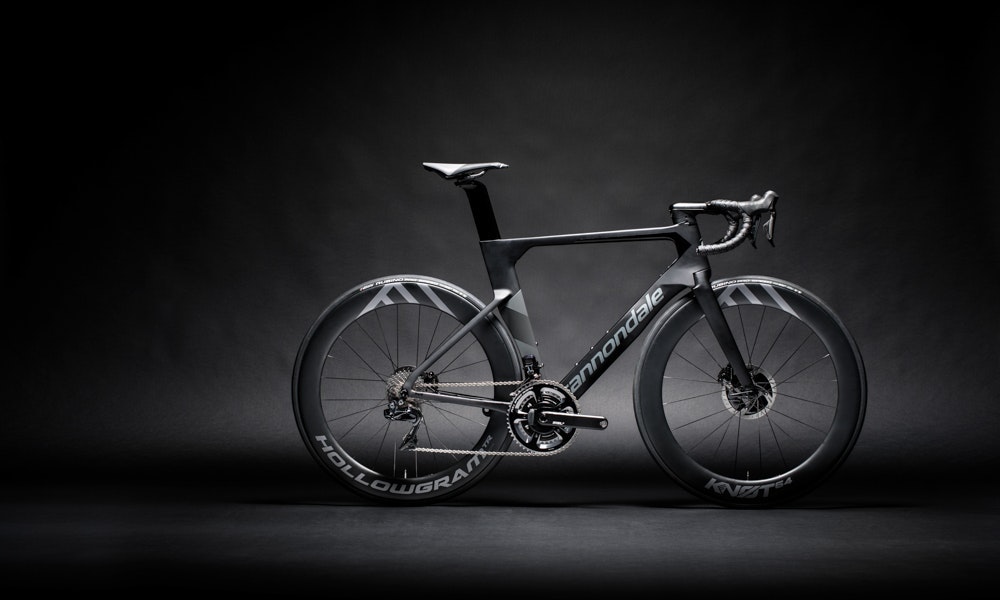 At the time of publishing, pricing and availability is yet to be confirmed, however we expect the SystemSix to be available worldwide from September 2018. All models will feature hydraulic disc brakes, using Mavic’s Speed Release 12mm thru-axle standard.

The SystemSix isn’t the only new bike being announced in the lead up to le Tour, check out our dedicated Tour de France page to keep up to date with all of the latest news and product releases

Promising to be lighter, stiffer and all-around faster than ever, Specialized has pulled the covers off the latest edition of the Venge...